Part 1: A Quick Look at its History and Technology

To understand the global oil market, it helps to grasp the history and makeup of the commodity.

In North America, from time immemorial, the Indians in the Western Allegheny area had skimmed oil seepage off the surface of the water and used it as a medicine. The settlers called it ‘Seneca oil’ after the local tribe, and used woven cloths or skimming boards to get the seepage off the water’s surface. Some entrepreneurs began to bottle and sell it as a cure-all. According to one version, “se-nay-kah’, as it was pronounced, oil entered the American popular vocabulary as ‘snake’ oil.

Elsewhere, as early as 5,000 years ago, other humans began to use petroleum, or oil, in many other ways. In present-day Iraq, a form of petroleum, asphalt, was quarried from the ground for uses including as a building material. Some was used to caulk cisterns in order to prevent leaks, while the Egyptians imported it for embalming. Lighter oil was used here as well for medicinal purposes, put on aching joints and drunk in small quantities as a tonic. This lighter oil came from seeps, or springs, just as in North America.

Later, oil was exported to the Roman Empire and its successors to caulk ships and as a rare medicine. There were indications of oil in parts of Greece and in Sicily, where ‘Sicilian oil’ was used to illuminate a temple dedicated to Jupiter, this being one of the first known instances of using petroleum as an illuminant.

Asphalt was also used at times by the Romans as a waterproof cement when making stone bridges. It was only with the Renaissance that oil began to find its way into Europe in quantities from the East, and even then it was best known for caulking ships. The discovery of a large pitch ‘lake’ in Trinidad by early explorers of the Americas also provided tar for this purpose. A secondary purpose was, again, as medicine, and pilgrims would come to what is now southern France to take ‘the cure’ in an oil-laden spring.

It was not uncommon for other pioneers seeking brine or water supplies in the western Appalachians of Pennsylvania, Virginia (now West Virginia) and Kentucky to come upon natural gas or oil when they dug or drilled wells. Both oil and gas were treated as nuisances. There were instances where natural gas finds were used to heat and light homes, but the flammability of the stuff made this a risky proposition for a pioneer household. Oil was not seen as a particularly valuable product, as only bitumen and soft asphalt might be sold for the purpose of caulking riverboats or waterproofing other items, such as buckets.

Titusville is a small town (pop. 5600) located in northwestern Pennsylvania, 30-some miles south of Erie, PA. It was founded in the 1790s near a creek whose waters flowed south to the Allegheny River and on to Pittsburgh. Titusville is known today mainly because a railway conductor, ‘Colonel’ Edwin Drake arrived in town in the spring of 1858 to find a way to get quantities oil from the leases held by the Seneca Oil Company around a large seep. His employers were all Yankee promoters and his military title was invented by them in order to impress the locals. His success in using a water well drilling outfit to tap an oil pool in 1859 led to a kind of ‘gold rush’ reminiscent of that to California a decade earlier.

Why all the excitement about acquiring ‘snake oil’ supplies in large quantities? The answer is that in the decade preceding Drake’s well, oil began to be seen by a few as a possible solution for a growing problem: how to provide cheap and relatively safe lighting for homes, office and factories in a swiftly industrializing country. The demand for lighting was outstripping traditional supplies, such as whale oil and camphene, and businessmen were looking for what Silicon Valley entrepreneurs of today would call ‘the next big thing’. The production of coal oil had gone from one plant in 1854 to 33 in 1859, but this method required large quantities of coal. Could ‘rock oil’ be the next alternative? 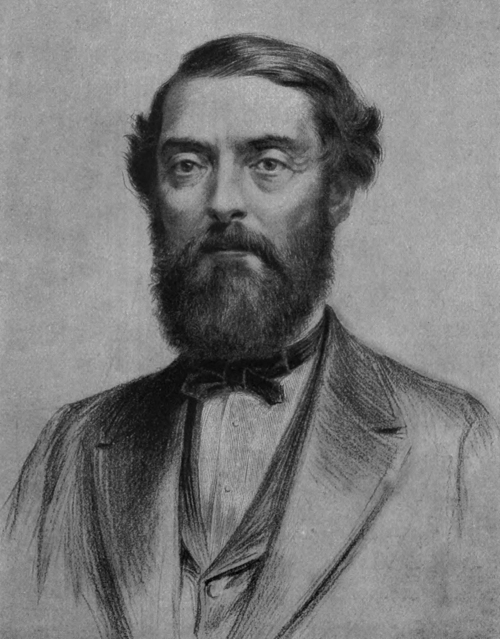 Drake’s success led to the realization that a large quantity of oil, what was then called ‘rock oil’, could be accessed independently of coal production. It was a new, and in terms of transportation and distillation costs, a cheaper product, just as coal oil had been relative to whale oil a few years earlier. Scientists and entrepreneurs began to figure out how to turn it into illuminating fuel and other products.

Titusville became the commercial center of the oil industry in the 1860s. At least one railroad spur was built to the town and its population increased to 10,000 in the wake of the oil business. It had two newspapers, good schools and an opera house. It became the home of many of the oil field promoters, financiers and speculators. Since it had a core of prosperous lumber families before the boom, it was able to accommodate and direct the influx of people coming through the town to the oil field, while its merchants made money off them. Oil production continued to play the most important role in Titusville’s economy, until interest shifted westwards around the turn of the 20th century to Kansas and Texas.

Oil production today is not unlike that of 1860s Pennsylvania. Most oil is found by drilling holes in the ground. In some places, the oil has to be pumped to the surface. At the other extreme, the oil may be in pools and under pressure, so that it pushes upward in the hole as a ‘gusher’. Generally these are contained by the driller’s equipment, but as we saw in the calamity in the Gulf of Mexico a few years ago, nothing is 100 per cent sure. Oil may also be locked into rock formations rather than in pools and has to be extracted by explosive fracturing of the rock. This artificially creates the pressure to get it to flow to the wellhole, as is done in the North Dakota shales. Finally, oil can be extracted from large deposits of sand as in Alberta, where the sand is either dug up or left in situ and then heated to get the oil out of it.

Today, we would first associate oil production with the supply of gasoline needed to respond to transportation needs. But that had nothing to do with oil in 1859: nothing at all. The invention of the gasoline engine as we know it lay 25 years in the future and the widespread use of gasoline lay nearly a half-century in the future from Titusville in 1859. Fuel for illumination and oil to lubricate machines were the then existing needs.

Oil comes in a variety of natural mixtures. At one end are the ‘light ends,’ liquids that come close to having the consistency of water and are prone to evaporation if exposed. At the other extreme are the ‘heavy ends,’ culminating in semi-solid substances such as asphalt. A barrel (this is a standard measure dating from the 1860 and still used) of petroleum, or ‘crude’ oil, will normally consist of a liquid mixture ranging anywhere from mostly light ends to mostly heavy ends. The oil in some small deposits offshore from eastern Canada is so light that the raw product could be used as jet fuel. Oil from the Alberta oil sands is mostly ‘heavy ends,’ fit primarily for fuel oil. In the 19th century, before there were gasoline engines, paved roads and oil-fired steam plants, when a barrel of oil was refined, the non-kerosene liquids were dumped by refiners, mostly into rivers. The Cuyahoga River in Cleveland regularly caught fire from this practice.

Crude oil now is refined, or distilled, into a variety of end products. Normally, in barrel of crude, just under half is distilled into gasoline, while light ends are used as jet fuel, propane (LPG) and benzene. Heavy ends are used as fuel oil, grease, and asphalt for paving. All in all, thousands of products now come from such a stereotypical barrel. More to follow in Part 2.

Notes:
This column is largely adapted from a chapter in a forthcoming book.

Facts and Opinions is a boutique for select journalism, without borders. Independent, non-partisan and employee-owned, F&O is sustained entirely by readers: we do not carry advertising or solicit donations from foundations or causes.  Why? We appreciate, and rely on, your interest and support:  for $2.95 (the price of a cheap brew) you can subscribe to F&O for a month. If that breaks your budget, a one-day pass is $1. A subscription is required for most F&O original work. Subscribe for free to Frontlines by entering your address in the form on the right of this page (we won’t share your address), or follow us on Facebook or Twitter.