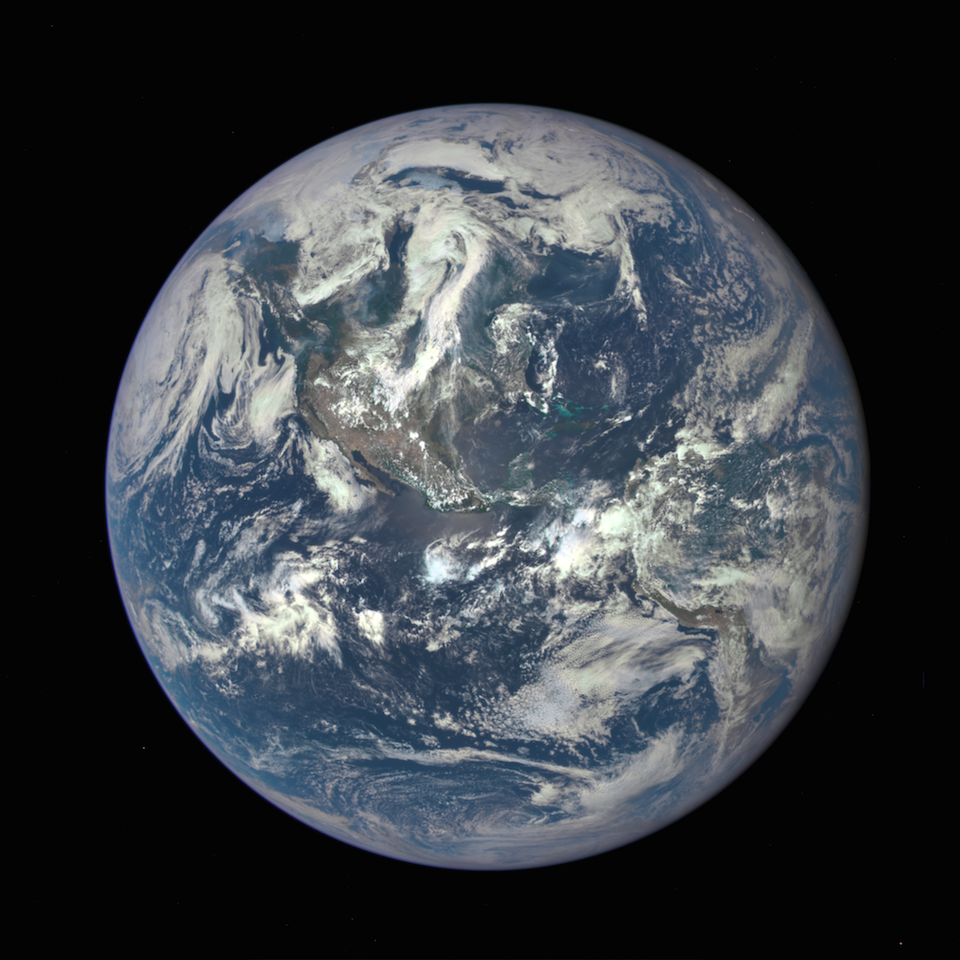 The new iconic “Blue Marble” image was created by NASA on July 6, 2015, with data sent from 1.6 million kilometres away by a camera aboard the Deep Space Climate Observatory spacecraft. NASA Image 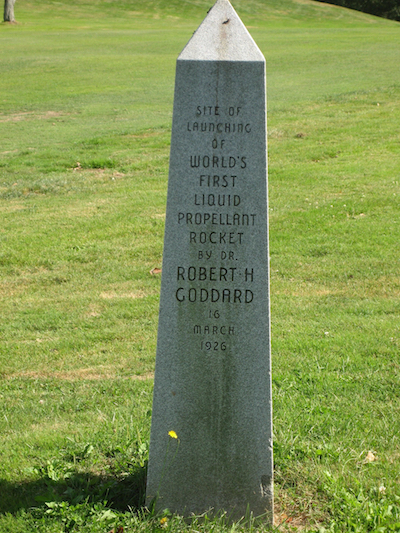 The site of Robert Goddard’s first flights of his liquid-fueled rockets, in 1926, is marked by a modest, largely-ignored historic landmark surrounded by a golf course in Auburn. © Jim McNiven 2015

Goddard went through Worcester Polytechnic as a physics major and in 1907, still an undergraduate, had a paper on airplane stability published in Scientific American. He graduated in 1908, and entered Clark University, also in Worcester, to do graduate work. He was bright and disciplined, completing his MA in 1910 and his PhD in 1911.

He took a position at Clark as a physics instructor, and began a productive career that combined academic research with practical inventions. He patented concepts for a multistage rocket and a liquid-fueled rocket motor. In 1916, his second year at Clark, he got a grant from the Smithsonian Institution to undertake rocket research, and also developed the basic ideas for an antitank weapon known as the bazooka. He acquired a reputation for applying physics to various problems, accumulating hundreds of patents over his lifetime.

In 1919, the Smithsonian published his landmark work, On Reaching Extreme Altitudes, which had an effect on those interested in the subject elsewhere. Hermann Oberth, the father of German rocketry, referenced Goddard’s work in his own 1923 book, By Rockets into Interplanetary Space. In turn, Oberth influenced Russians such as Konstantin Tsiolkovski. The US domestic press, however, had a field day making fun of Goddard’s work, claiming he did not understand basic physics.

Throughout the 1920s, Goddard worked on his engine and launched his liquid-fueled rockets on test flights, the first in 1926 from a site on his aunt’s farm in Auburn, south of Worcester, and now a historic landmark. My wife and I had fun finding it: GPS and electronic maps showed it to be in the middle of a suburb, but it’s a four-foot obelisk at the dogleg of the ninth hole of the Pakachoag Golf Course. There was no landmark at all until Werner von Braun spoke in Worcester in 1957 and asked Goddard’s widow to show him the site. Upset that there was no recognition, von Braun lobbied Washington, but only got this modest and ignored marker.

By 1929, Goddard’s work had come to the attention of Charles Lindbergh. He put Goddard in touch with the Guggenheim Foundation, which became heavy supporters of his experiments, helping him to continue his work at a research facility in Roswell, New Mexico, throughout the 1930s. Roswell, you might remember, decades later gained fame as a popular UFO tourist site.

Goddard spent the war years helping the military on other things. There was little American interest in rocketry until German guided bombs began to hit Allied warships off Italy in 1943 and V-2 rockets began to rain down on Britain in 1944. The Germans, prohibited by the Versailles Treaty of 1919 from developing a specific list of weapons, had turned to rocketry because it was not on the proscribed list.

Goddard died in 1945 and his contribution to rocketry was neglected in the United States in favor of the captured German team led by von Braun. When the Russians put a satellite called Sputnik into orbit in 1957, its implications soon became obvious: if a rocket was powerful enough to launch a satellite, then one with a nuclear warhead could be fired at America. Though the main aim of the “space race” in the 1960s was to build better nuclear-tipped missiles, President John F. Kennedy also used the effort to inspire Americans by promising to put a man on the moon. Goddard was posthumously recognized for his pioneering work in rocketry, when one of NASA’s space flight facilities was named after him.

The success of the American space effort led to a number of spinoffs, including some very famous photographs. One of these last was taken on December 7, 1972, as the Apollo XVII mission caught Earth in full light, showing the planet as a “big blue marble” floating alone against the black background of space. This picture became one of the most famous ever taken and it suddenly became clear that the terrestrial ecosystem was finite and comprehensible by humanity. In 1972, people had only grudgingly begun to accept that they might be poisoning their own ‘nest’; now it was graphically evident that there were no alternative nests, or “new Wests.”

Forty-three years on, we are still learning, slowly it seems, to appreciate the symbolism of the big, blue marble.

Facts and Opinions is a boutique journal, of reporting and analysis in words and images, without borders. Independent, non-partisan and employee-owned, F&O is funded by you, our readers. We do not carry advertising or “branded content,” or solicit donations from foundations or causes. Support us with a subscription (click here for our subscribe page) or a donation: Email editor AT factsandopinions.com to inquire about republishing F&O’s original content.