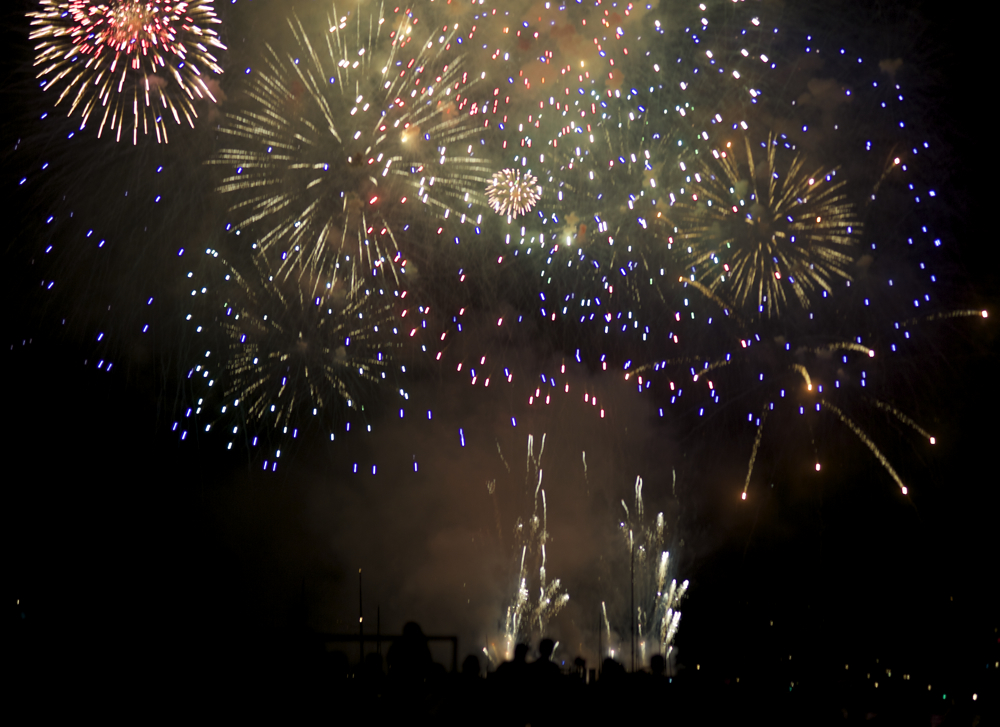 “The decline in oil prices comes as the U.S. is a lot closer to good financial stability than at any time in the past decade, and the crazies only come out when a government is broke, or nearly so. That will not be the case in 2015,” predicts Jim McNiven. F&O file photo

Just to get you in the mood for this New Year’s piece, let me suggest you look at these two YouTube performances, one by the Grateful Dead from 25 years ago, and the second by the Grand Dominion Jazz Band from about two years ago. Life is getting interesting if you live in North America.

The American and Canadian economies will do well this next year, especially the American. Their consumers, who represent over 70% of that economy’s GDP, should begin to shed their uncertainties and the Federal Reserve won’t raise interest rates. The Canadian economy will go into an election year with the outcome looking close, which means Canadian austerity will relax and its consumers, only representing 50-or so per cent of that economy, will get some breaks. The biggest break for both countries is the collapse of oil prices, which is likely to persist for some years, well after the initial sigh of relief has disappeared from the consumers. It is like a nice, ‘progressive tax cut’ in both countries. Numbers like $750 billion are bandied about in the U.S., a lot more than any Congress could deliver.

On top of this, there is a ‘goody’ coming to the travelling well-off, including seniors. The Bank of Japan has been buying up massive quantities of government bonds held by people and institutions in that country and paying for them in newly-printed money. This is supposed to generate inflation and lower the value of the yen, making Japanese exports more competitive. It looks like the European Central Bank in the Euro-zone is going to do much the same thing to stimulate its continuously sluggish economy, thus making the Euro decline in value. This year looks like a prime time for that long-delayed European or Asian tourist trip.

In Canada, the dollar has declined around 15 per cent from its early 2014 value of around par with the US dollar, to 86¢, which is about the place where, given Canadian productivity and other ratios, the Bank of Canada is probably content to have it. If it looks like it might sink further, one could expect a rise in Canadian interest rates. Being somewhat of a commodities economy and with commodities almost all suffering, the dynamism in the country will shift to Ontario and BC from Alberta and Saskatchewan.

The fall in oil prices probably won’t hurt most of western Canadian production. Most western Canadian producers have been squeezed for the past few years by a differential between the West Texas Intermediate (WTI) price and the international Brent benchmark price and have had to become more efficient. The price drop will slow or stop a lot of development work on new, higher-priced oil projects for the time being. This will take out the growth dynamic in the Oil Patch(es). The drop in the dollar will make some non-commodity activity in central Canada more attractive, as will the drop in fuel prices at the factory gate.

On the other side of the ledger, there are some problems and losers. First and foremost are the budgetary implications for a number of oil-producing countries, especially, Russia, Iran, Venezuela and Iraq, all of whom need $100-plus per barrel to pay for expenditures already budgeted. With Iran and Russia the subject of formal international sanctions, their ability to go to foreign capital markets is not good, and at the least a really expensive action. The rational thing to do in this reality is to negotiate an end to these sanctions, but politics is about perception and not about reality. So, who knows what might happen. Geopolitical risk is perhaps the biggest downside factor to watch.

Second is the role of the U.S. dollar as everybody’s popular currency. The Federal Reserve (Fed) sold many billions of dollars in bonds over the past few years as part of a kind of stimulus program for the economy, called ‘quantitative easing’ (QE). It didn’t do much to inflate the economy, so where did these bonds go? It seems that a lot of these were used by individuals and institutions as security for local funds then used in dollar-denominated loans for emerging world projects. If the intermediaries need to recover their bonds quickly, projects could falter and small economies could be pushed to the brink, with nasty results. We saw a lot of this in Thailand and Mexico in the 1980s. The problem that follows is one of ‘contagion’, where lenders elsewhere get nervous and call in their loans, etc., etc., and you’re back in a meltdown like, though different from, 2008. Uh-oh.

Then there is the demographic question. If, as in Japan, a declining economy, low savings rate and low productivity growth all lead to declining demand, then all Prime Minister Abe is doing with his QE is to try to zap a dead cat in hopes it will come alive again. Europe isn’t in as bad a situation, but is starting to go that way. An old society in general, with dozens of autonomous fiscal policies and political regimes is going to make the results of the ECB’s plans for its own QE problematic.

Finally, we should keep an eye on the possibility of an American ‘Arab Spring’ experience as the inequality issue continues to bubble along. Economic inequality generated ‘Occupy Wall Street’ and personal inequality has generated the protests in St. Louis, MO, and in New York City. Add to this right-wing disaffection with legal and bureaucratic systems that seem to have broken down, to nobody’s advantage. All in all though, the decline in oil prices comes as the U.S. is a lot closer to good financial stability than at any time in the past decade, and the crazies only come out when a government is broke, or nearly so. That will not be the case in 2015.

So, my best wishes for a happy New Year.