The signature song of the 1970s musical and the 1990s film ‘Evita’, about the life of Eva Peron, was ‘Don’t Cry For Me, Argentina.’ It is a song in which she considers her mortality and the effect of her death will have on her country’s people. 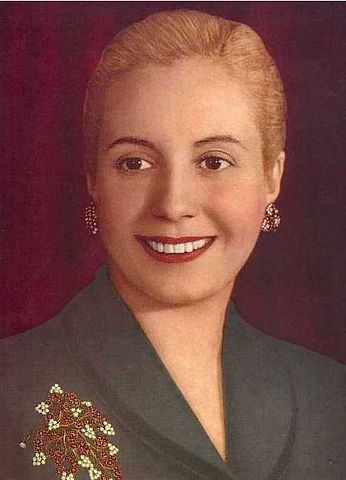 In real life, she and her husband ruined Argentina’s finances, beginning a series of calamities over the decades, topped by her present-day husband-and-wife successors who have led it into another default. Nobody’s crying for her now, I think.

A few months ago, I discussed the implications of dollar-denominated debt and what might happen to it as the American dollar rose in value relative to most of the world’s currencies. (‘Now for Another Debt Crisis’, F&O, April 2015) So far, so good, but with the Chinese RMB devaluation, another large-volume currency has begun to fall, leaving few outside the US who are living in countries where paying loans back in US dollars today is not a very painful exercise. Keep tuned.

But, there is another, related crisis brewing on the debt front. This one has to do with the public debt of entities that are part of wider currency zones. For what seems like forever, we have been watching the Greek financial crisis go on and on.

In essence, the Greek politicians have, over the years since the country joined the Euro zone, been borrowing money to make up for budgetary shortfalls due to red tape, incompetence, corruption and lax revenue collection, to the point where the debt in 2014 approached180% of the country’s GDP. That this volume of cash could not be paid back was obvious to everyone, but the EU decided to try to see if it couldn’t be recovered.

The result in Greece has been, not a recession but an awful depression. As the country tried to rectify two decades of misspending through a few years of harsh austerity, they found out the truth of the old maxim that you can’t cut your way to prosperity. Between a capital flight from the country and a large revenue contraction, all that happened was to make the country’s misery more acute.

Now, this kind of a problem, at base, can have a less awful solution, though still with some kind of pain. That is for Greece to devalue its currency. The only problem is that Greece does not control its currency, as it is in a zone with many other, bigger, more prosperous economies. Greece is perhaps 3% of the EU in terms of its economy and looms perhaps a multiple or two larger within the Euro zone, because not all of the EU countries are part of this zone. No matter—Greece doesn’t register on the scale of significance.

The result is that Greece does not want to exit the zone and create a new drachma (the ‘Grexit), but it can’t pay its bills as long as it uses the strong Euro. It can’t devalue like the Argentinians of Evita’s day could and the Chinese and Japanese can, because its larger currency partners are not willing to do so on the scale that Greece needs. No Grexit, no devaluation, no hope of paying its debts and operating expenses without its creditors taking a ‘haircut’, meaning they have to write off some or all of the debt as uncollectable.

Silly Europeans. Thank God other parts of the world don’t have this problem.

Uhh, wait a minute. It seems that the American territory of Puerto Rico has just missed a debt payment. It seems that between a lot of unwise spending on social programs and a basically defunct publicly owned electric power corporation, its government can’t meet its obligations. Its public debt equals about 70% of its GDP and all kinds of things have been cut or squeezed, but, you know, you can’t cut your way to prosperity. Like Greece, they can’t devalue because they use the US dollar as part of being United States’ citizens. Worse, as a literal part of the US, it is probably impossible for them to do a Grexit-like move and adopt a devalued peso.

There hasn’t been much speculation about who might ultimately be responsible for the Puerto Rican debt, but since the debt is owned privately, the lenders will have to submit to a ‘haircut’. This didn’t happen in Greece because the EU public authorities assumed the debt from the private sector, but it seems like ‘independent’ Greece and ‘dependent’ Puerto Rico are in the same boat. Somebody else is going to pay some of the debt and the borrowers are going to have problems borrowing more.

I live in the Canadian Province of Nova Scotia, which is going through an extended period of being a no-growth economy. The provincial government has generated a lot of minor aches and pains as it struggles to balance its budget. The provincial debt is around 35% of GDP and seems to be manageable at that point. But, up the road in the province of Ontario, the debt is approaching 50% of GDP, on track in the next decade to approach the level in Puerto Rico. And, in spite of a lot of financial shuffling around and reassuring words, there doesn’t seem to be the will to tackle the problem. Of course there wasn’t in Greece or Puerto Rico either, until the bottom fell out.

Now, Canada’s monetary structure is autonomous, not tied to any Euro like the Greeks or dollar like the Puerto Ricans. The currency is constrained to float in a rough band against the US dollar, but that is not the same as being in one of those currency unions. Even so, the Canadian provinces are inside a currency union called the Canadian dollar, so if Ontario, which has a lot of social program expenditures and owns its own money-losing electric power company, runs into a situation where it can’t pay its debts, running to the Canadian government should not likely meet with better results than did Greece or Puerto Rico.

Except for one thing … where Greece is a very small part of the Euro zone and therefore is dependent on others’ decisions, and Puerto Rico is an even smaller part of the United States, Ontario contains almost half of the Canadian population and economy. It is just too big to ignore, much as if Germany, France and Spain were fused into one EU ‘country’ and this large unit was getting close to some apparent financial limit.

You see, the fundamental problem with the Canadian provinces is that, unlike the US, the EU and most other federal systems, Ontario, is just too big a unit relative to the rest of the country. Little Nova Scotia doing its best to manage its finances is admirable, but it is only 7% of the size of Ontario and its effort is lost within Confederation, when Ontario this year will run a deficit about the size of our smaller Province’s whole budget. Both private and public bodies in Canada will have to bail Ontario out some day and the smaller Provinces might as well just forget fiscal responsibility and go along for the ride. We’ll all cry anyway.

Thank you for your patronage.  Facts and Opinions is a boutique journal, of reporting and analysis in words and images, without borders. Independent, non-partisan and employee-owned, F&O is funded by you, our readers. We do not carry advertising or “branded content,” or solicit donations from foundations or causes. To receive F&O’s free blog by email, fill in the form on the FRONTLINES page. Please help sustain us by telling others about us.