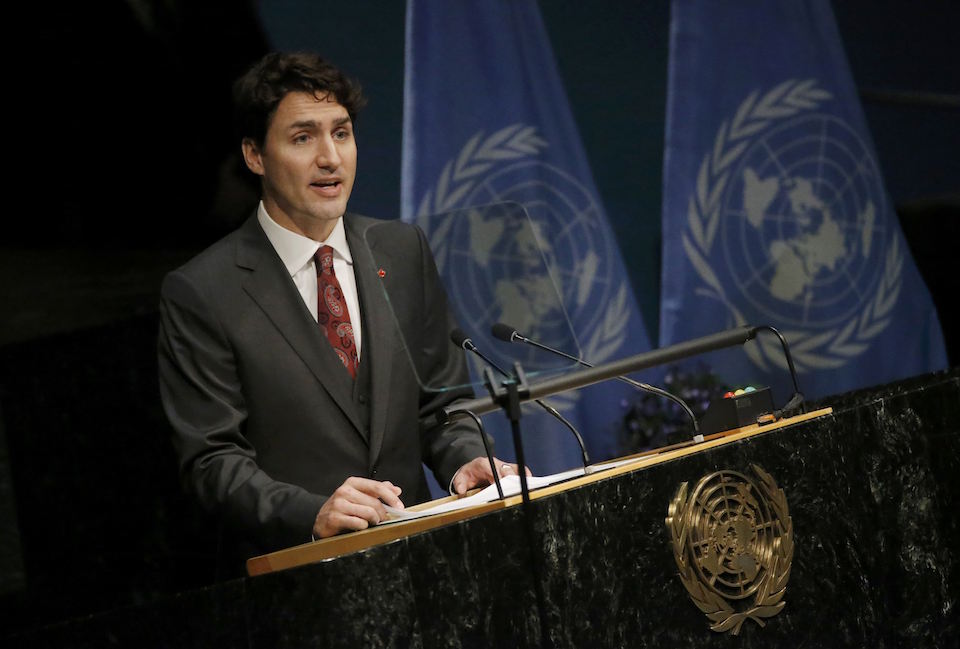 “It is one of the happy accidents of the federal system that a single, courageous State may, if the citizens choose, serve as a laboratory…” noted  United States Justice Louis Brandeis in a dissenting opinion from a 1932 Supreme Court decision. His statement is as applicable in any other federation, and the experiments going on in Canada with carbon emissions reduction serve to underscore the value of Brandeis’ observation.

The issue of global warming has been a contentious one in Canada for the past 20 years. In part, the Canadian economy is a petro-economy; one only has to note how the C$ sank as the world price of oil sank over the past couple of years to see the truth in this statement. Unlike countries like Venezuela and Saudi Arabia, however, it is not a complete petro-state. While the price of oil dropped from $100 US to $40, the Canadian dollar dropped from par with the US$ to $0.75. Even though the Canadian economy is diversified, the importance of oil exports has made for a political wrangle over carbon emissions over these past two decades, with the governing Conservatives (until late 2015) reluctant to do much in terms of controlling them. The same can be said for coal use.

Meanwhile, Provincial governments had changed their political stripes and Brandeis’ laboratory effect kicked in. The new Liberal federal government has been trying to be environmentally correct in most all things, including doing its part to slow climate change. It wants to develop some kind of national policy in this regard, but it finds that the Provinces occupy all kinds of spots on the carbon emission control map. In large part, this is due to their experimenting while Ottawa ‘slept’.

Instead of a national policy, there are at least 5 different Provincial policies dealing with controlling carbon emissions. Much time, money and effort has been invested in these approaches and the Provinces are loath to give them up. Federal/Provincial meetings since last winter have produced little in the way of coming up with a common approach, something that is so beloved of national politicians and bureaucrats. For one, after a decade of Conservative rule, the Liberals are still finding their way amongst the levers of power; for another, the senior bureaucrats have lost the knack of negotiating with the Provinces after a decade of Tory asymmetric federalism and an attitude of ‘You do your thing and we’ll do ours’ in terms of jurisdiction. And the environment is a shared jurisdictional area.

Let’s review what the ‘lab rats’ have been up to while the cat has been tending to other things, starting in the west and going eastward. In 2008, British Columbia instituted a revenue-neutral carbon tax applied to emitters of greenhouse gases. Revenue-neutral means that the proceeds have been largely remitted to citizens and businesses or used for research and product development.

Recently, Alberta has started to follow the same path as BC, with some additions made in terms of tar sands emissions.

Neighboring Saskatchewan has not gone after emitters so much as having supported technology to capture carbon gases and then store them permanently underground. It has dreams of technological leadership in this regard.

Saskatchewan’s neighbor, Manitoba, looks to its production and export of hydro electricity as being a contributor to greenhouse gas reduction. It may have some attraction to a variant on the policies of the next two easterly Provinces, Ontario and Quebec.

Ontario is following the lead of Quebec, which has pioneered the use of a cap-and-trade system (CT). The CT mechanism consists of setting an emissions limit for the Province’s businesses, then allocating or selling permits to these businesses for the right to emit. If a business can find itself with surplus rights, it can sell them to others; if it over-emits, then it can be fined for doing so. Further, the rights can be traded across borders in a kind of emissions market. Quebec has joined the US ‘Western Alliance’, made up of the States of California, Oregon and Washington, all of whom use the CT system. Ontario has expressed its intention to join in with these partners.

Farther east, the Atlantic Provinces have, with the exception of Nova Scotia, been less interested in these different measures, being small emitters of carbon gases. Nova Scotia’s electricity traditionally has been produced by local or imported coal along with some oil. Over the past half-dozen years, the Province has been aggressive in promoting a COMFIT policy, where communities and other local groups have been allowed to construct wind generators and feed-in the power to the Provincial grid. As well, the private power company serving the Province has been constructing a major underwater hook-up to the Island of Newfoundland where the line will tap into hydro power from Labrador. One should note that this same source will also replace much of Newfoundland’s oil power generation.

With all this experimentation going on, the new interest in carbon pricing by the federal government has been met in the Provinces with a certain wariness. A national program implies a one-size-fit-all program and implies that some or maybe all of the Provinces might lose the investments and experience they have made in their chosen ‘experiments’. It might not work out that way, but, then again, this issue might become the first big constitutional/jurisdictional fight since 1995.

In truth, the key point that could be lost in any negotiation over carbon emission control is whether Approach A is more effective than Approach B, C, D, or E. The real issue is about effectiveness, not the desire for neatness in policymaking. The best thing for a national government in any federation to do is to rigorously measure performance before choosing a carbon tax solution over a technology solution over a cap-and-trade solution, to mention only three possibilities.

Keep the laboratories of democracy open until one of them comes up with the best solution.

*I must note the contributions made to this piece by my online MPA mature students in their summer 2016 Intergovernmental Affairs course given by Dalhousie University. Their federal/ provincial meeting simulations on this issue really clarified things.