Part 2: The nasties and pleasantries of the decline in oil prices 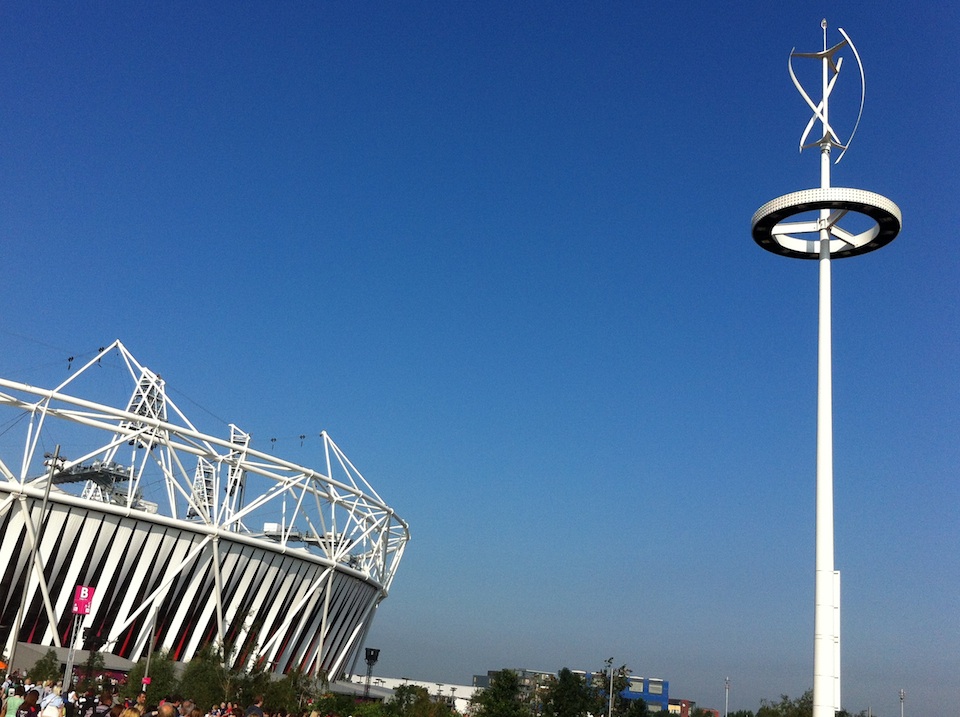 An image of a vertical-axis wind turbine installed outside London’s Olympic Stadium, a figurative illustration of the monumentality of the international pursuit of alternatives to fossil-fuel energy.
CREATIVE COMMONS/WIKIMEDIA

Attempts have been made since 1859 to control the price of oil — or, rather, the price of its refined product, be that kerosene for lighting or, later, gasoline for autos. The first one to try was John D Rockefeller with his development of the Standard Oil Trust in the 1860s and beyond. OPEC, or the Organization of Petroleum Exporting Countries, is the latest attempt, dating back to the 1960s, and is based on the export of oil by the global low-cost producers, in particular Saudi Arabia. In effect the Saudis, as price leaders, try to keep the price stable by varying their own production and pricing, so as to discourage its partners from overproduction or short-term greed. Generally, when prices are high their cheating is rampant, and when prices are low their cheating is rampant.

Well, here we go again. The price of oil is going down, dragging with it all kinds of nasties and pleasantries. (This was eminently predictable: only the timing was mysterious.) Let’s look at some of them.

First we have the prophets of ‘peak oil,’ who keep predicting the imminent decline of supply and the rocketing upwards of price as an oil-dependent world fights over who will drive and who will walk. The reality is that the real, or non-inflationary, price of every natural resource commodity you can think of, including oil, has declined over the past 200 years and seems to keep declining. Yes, there are price bubbles, but they pop sooner or later. If the price gets too high, then it pays someone to go out and find the next most expensive ore bed or oil pocket and exploit it. The price bubble lasts about as long as it takes for a lot of new supply to come on stream. The bubble pops, the price goes down, and the marginal suppliers shut down until needed. Then the cycle repeats itself.

If you want to see this in action, go to the United States Energy Information Administration site1, and set the tab on ‘imported oil’ to see real prices since the 1970s. If you want to go back further for real prices, say, to the 1860s, take a look at Chartsbin.com.2

Oil prices today are also starting to be affected by the oversupply of conventionally-produced electricity due to price declines for solar and wind power. A combination of government-mandated or subsidized shifts from coal and oil-powered generation, plus greater price efficiencies in alternatives, are cutting into the oil market. Auto efficiencies, such as mandated greater average mileage per unit of fuel and gasoline-electric hybrids, are also having an effect. These do not constitute a big cut, but every time world oil prices shift upwards,  alternatives take a bigger nibble out of the oil market.

One of the big nasties from any price drop has to do with places that derive most or all of their public revenues from the sale of oil. The budgets of countries like Venezuela or Iran are almost completely dependent on oil sales for their government revenues. Further, the price bubble since 2009 has left them dependent on a high price to cover rising public expenditures used to buy off political dissent.3  Saudi Arabia can tap into savings, or borrow, but consider the problems faced by higher-cost producers like Venezuela, racked by internal dissent, or Iran or Russia, subject to all sorts of financial restrictions.

When the price drops, such countries can do a number of things: they can borrow, if their credit is good, or they can cut expenditures, though many of these countries subsidize consumer energy expenditures, cutting thus being a sure formula for unrest, or they can produce more, cheat on OPEC and keep the game going in the short run. Of course, this last option can’t work forever and it will just drive the price of oil lower overall. Generally, countries with domestic unrest will either concentrate on keeping the lid on through repression or they will go off on some international adventure to mask the problem with some nationalist fervor. Take your choice.

Other losers in a low-price oil market are the environmentally-friendly alternatives. The instability in oil prices over the past 30 years has meant that companies providing alternative energy have difficulty acquiring long-term financing for research and for product sales, precisely because the time horizons between price peaks or slumps is too short for potential investors’ comfort.

In countries where there is little or no oil production, some pleasantries do happen. The price of fuel goes down and this acts as a pay raise for their people, rich and poor. A lower oil price has effects throughout the consumer economy as producers and final consumers  save money. In a large country like Canada this can have differential effects. Revenues in oil-producing Alberta will drop, while Ontario’s manufacturing economy will get a boost. Exploration and development may slow in the West and offshore. Further, the Canadian dollar drops as the value of Canada’s oil exports drop, helping other, perhaps manufacturing-based, exports. The drop in the dollar acts as a kind of a relative pay cut for workers and a price rise for anyone who consumes imports.

In the U.S., Texas’ economy may be hit while New York’s may get a boost — but the balance is complicated by the recent massive production of oil from American shale which means that America is expected, for the first time in about a century, to become oil self-sufficient, or even a net exporter. That would result in a continual boost in the value of the American dollar, so the benefit to states without oil would be offset by the stronger dollar. China and other overseas manufacturers may find this a blessing.

It’s probably that an oil price below $80 per barrel will last for years, and change the nature of international politics.

1. United States Energy Information Administration: http://www.eia.gov/forecasts/steo/realprices/
This column is largely adapted from a chapter in a forthcoming book.

3. There are many estimates of what different oil countries need to break even, and here is one at Zerohedge.com: When this was produced the oil price was $80, and expected to fall: http://www.zerohedge.com/news/2014-10-10/why-oil-plunging-other-part-secret-deal-between-us-and-saudi-arabia