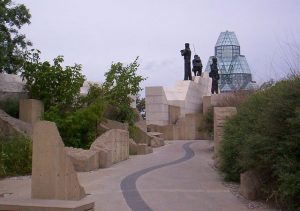 If my family didn’t include former and current soldiers — among this generation are Canadian Forces Reservists — I likely would not even have noticed. If I had, I’d likely consider it only through my skeptical journalist lens, likely with an eyebrow cocked.

United Nations Peacekeeping is the stuff of legend in Canada, which largely invented it. Before he was prime minister, Lester B. Pearson received the 1957 Nobel Peace Prize, for organizing a UN Emergency Force to deal with the Suez Canal Crisis. Since then, if Canadians think about Canada’s military at all, we’ve mostly talked about it in terms of Peacekeeping.

Analysts argue about its usefulness (there’s some evidence the UN helps.). Philosophers and priests ponder the very notion of  “humanitarian intervention” and a “duty to protect.” (Hubris? Evidence of good in humanity?) How governments choose, train, then deploy — or don’t — “peacekeepers” makes for radioactive domestic and international politics.

But for those of us with family members who wear the uniform, Peacekeeping is not an abstract. It’s in the realm of life-or-death, more than the political arena, or a philosopher’s tower. We are acutely aware that Peacekeepers are civilization’s last resort, the ones called when we’ve failed so utterly and appallingly in our vital community, economic and diplomatic tasks that war erupts.

I’d really prefer, please, that nobody ever has need to call on our peacekeepers.

I’d really prefer, please, that we succeed as diplomats, community builders, and designers of good systems to distribute stuffs and services (in other words, the “economy”).

The Decline in Global Violence. By Andrew Mack, 2014

One Canadian Soldier: My son is readying for war, Deborah Jones, 2006