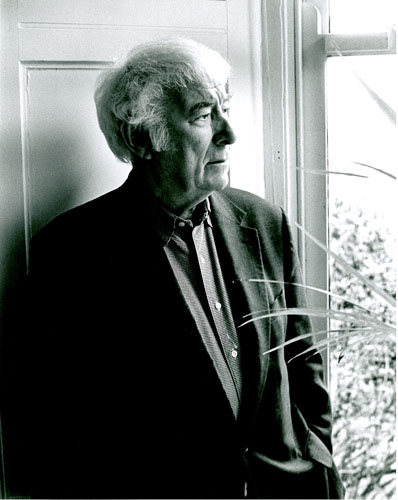 The death of Irish poet Seamus Heaney is a reminder of the luminous souls amongst us, whose work will reverberate long after today’s transient thugs and loud charlatans have passed through the news cycle.

‘I rhyme / to see myself, to set the darkness echoing’

That line from Personal Helicon was cited in its tribute to Heaney by Granta, which published some of the Nobel laureate’s work. But if Heaney set darkness echoing, he also set imagination alight, from the most unlikely of places. In Digging, the first poem in his debut collection Death of a Naturalist (Faber and Faber), he wrote:

The cold smell of potato mould, the squelch and slap
Of soggy peat, the curt cuts of an edge
Through living roots awaken in my head.
But I’ve no spade to follow men like them.

Between my finger and my thumb
The squat pen rests.
I’ll dig with it.

My own first intensive encounter with Heaney was through Beowulf: his translation unearthed the magic of the 1,000-year-old Nordic epic. The dust jacket on my 2000 Norton & Company edition says the poem is ”about encountering the monstrous, defeating it, and then having to live on in the exhausted aftermath.” It is, it adds, “uncannily familiar at the beginning of the 21st Century.”

An “exhausted aftermath” is one way to explain human behaviour in the 21st Century. We have, uncannily, forgotten the lessons of the monstrous 20th Century, as we throw ourselves under the juggernauts of ideological economic thought, political polarization, and fundamentalist zealotry and equally-zealous reactions. We seem collectively unable to tackle threats to our survival, such as those symptomized by climate change.

But here’s the thing: an obsession with such darkness excludes the light required to find a way out. And that is the brilliance of rhyming, of using a pen to “dig” epic tales, and poetry, and the fantastical. Of reminding us of the good and great.

Poetry Foundation biography of Seamus Heaney
Seamus Heaney lecture “Delivering Poetry,” upon his acceptance of the 1995 Nobel Prize for Literature