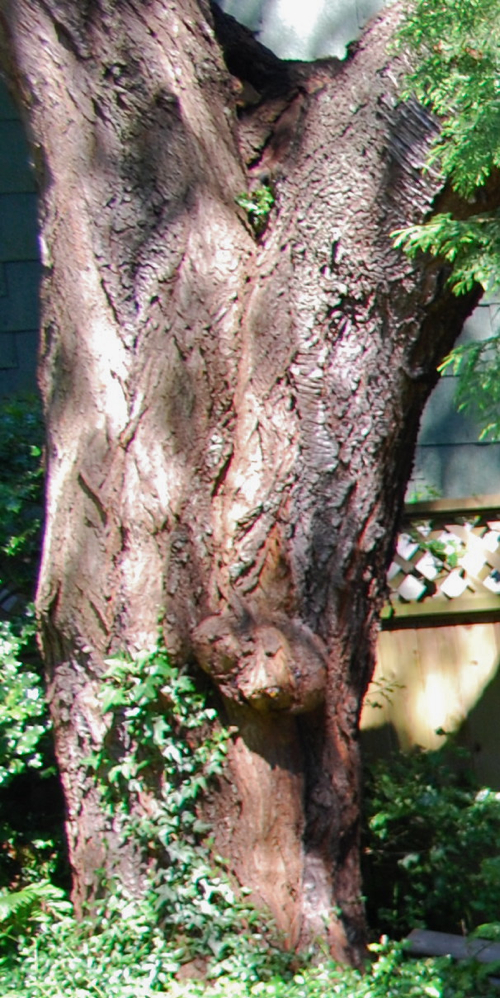 We knew the tree as an insect haven, a woodpecker station, a squirrel highway, and a perch for raccoons. She held our clothesline, and lent us her leaves for summer shade and winter compost.

The cherry, planted more than a century ago in one of the first European fruit orchards in Vancouver, Canada, towered several stories over our house. In her prime her bounty certainly filled countless jam jars and pies.

After orchards gave way to developers, after people stopped pruning her, she ran amok between the houses. She raced skyward alongside a native cedar, spread her limbs wantonly, dangled her ripe red cherries far above the reach of all but the crows – until they were soft and bird-bitten, and rained down on us.

Being pelted annually with rotting cherries was a small price to pay for her presence.

Her years showed by the time we arrived, a few years ago. Holly and ivy plagued her gnarly hide. Someone, long ago, had drilled hooks into her main limbs, connected heavy metal cables to them, and strung together the massive branches — perhaps aiming to prolong her life, most likely weakening her. Three years ago an arborist performed an emergency amputation of one rotten limb.

Then last summer, for the first time, no cherries rained from her green canopy. 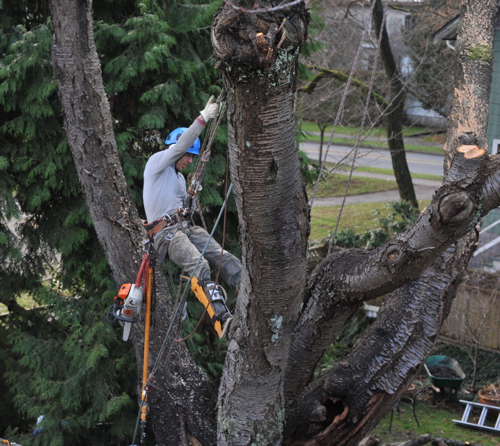 Tests last month showed her torso riddled with dry rot. The arborist said she had to go. We looked up, imagined those limbs crashing onto us, and suddenly her countenance seemed to change, from serenely friendly to life-threatening.

The cherry came down this week in a snarl of chain saws and a hail of wood dust and cracking branches.

She left a hole in our sky.