We’re all in this together

“We must all hang together, or assuredly we shall all hang separately” — Benjamin Franklin

Here’s a thought as we enter a new year: We’re all in this together.

That is not a moral sentiment. Nor is it the wooly-headed utopiate of some bleeding-heart liberal. In fact, it is a statement about biology. Nonetheless, this clearly unoriginal insight has implications for everything from agriculture to medicine to business. It should resonate across our social, inter-personal and economic realms as well.

Here’s the deal: That splendid, solitary, neurotically cultivated and over-examined individual of pop cultural celebrity, of too many moody novels, of philosophy, and more recently of Darwinian economic ideology, turns out to be just another of those enterprises’ many fantasies. In reality, we are not individuals, we are collectives. 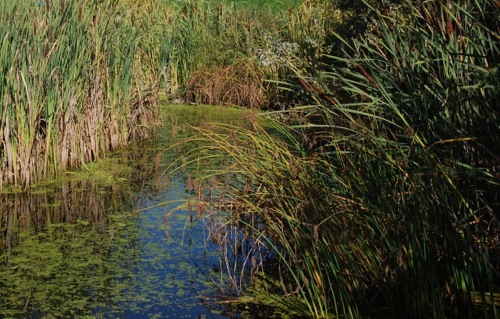 I’m not talking about the ‘it takes a village to raise a child’ kind of collective, either (although there is truth to that). What I’m talking about is something much more like the personal ecosystem that the Peanuts character Pigpen trailed behind him through every frame in an inescapable scuffle of dust. We are, it turns out, a whole lot like Pigpen.

This realization might have been predicted ever since early Dutch scientist Anthony Leeuwenhoek directed his hand-built microscope at a drop of water and discovered an entire world of microbes: literally, ‘little life.’ Indeed, we’ve known for a while (and been trying for almost as long not to think about it) that our human bodies play host to a variety of wee beasties, from eyelash lice to stomach bacteria.

What we haven’t fully appreciated, until recently, is how much of this ‘foreign’ life is hitching a ride with us; how varied that life is; or how intimately, even essentially, involved these ‘other’ creatures are in making us, us. We’ve been equally unaware to what an extent ‘little life’ plays s similarly ubiquitious, intimate and essential role in the only other biological activity that interests us nearly as much as our own: growing food.

What’s unlocking these small subjects is the relatively low-cost availability of high-throughput, automated DNA sequencing, essentially machines that can read the genetic codes of little life en mass. Scientists, like kids in a new candy-shop, have been putting all kinds of things through these devices, and reaching some astonishing conclusions.

Are you aware, for example, that nine out of ten cells walking around in your shoes are not human? Sure, there are about a trillion cells that are, genetically speaking, human, and so distinctly you. But there are about 100 trillion other cells inside and on that envelope of ‘you,’ that in fact belong to yeasts and bacteria, fungi, mites and worms. Your gut alone carries around a kilogram of little life that’s genetically inhuman, but without which your intestines couldn’t do their job.

Other fragments of non-human life are embedded in our own DNA. One particular bit was captured from a virus some 100 million years ago into the genetic material that much, much later produced the first proto-humans. It’s still serving today’s new mothers by suppressing their immune response enough to allow an embryo to implant in the uterus wall.

There are, in fact, only four parts of ourselves we can truly call all our ‘own’. Under most conditions our brains, blood, lungs and urine are sterile of other life; and when microbes do infect those areas we suffer from illnesses like cystitis or meningitis. Everywhere else, we share the space with others.

Growing awareness of these biological strangers in our midst is leading clinical researchers to new treatment approaches that enlist microbes as allies, rather than target them with weapons of mass antibiotic destruction. One experimenter found that cocktails made from fragments of garden soil bacteria did not, as she had hoped, slow down her human subjects’ cancers; but they did markedly elevate their spirits and raise their pain tolerance, leading one reporter to speculate that this could explain why so many people find gardening soothing.

Apart from our inexhaustable interest in our own (and other people’s) bodies, much of modern life is a maximally engineered effort to exclude ‘wild’—ie: non-human—life from our living space. We deploy everything from window-screens to mouse-traps to chopping boards impregnated with those same antibiotics, to isolate ourselves from infestation. Clearly, none too successfully.

But there is one other area where a much-reduced but still significant number of us retain a lively interest in life forms other than our own: food production. We like to eat. Moreover hundreds of millions of us in newly rich countries are developing a taste for eating, if not well, then certainly better, with more protein and more variety in their meals. There are many reasons to doubt that global agriculture, as currently practised, can achieve the 50-100% increase in food production that will be needed, according to estimates, to feed our forecast 9 billion human mouths by 2050.

Automated mass DNA analysis of soil microbes could help get us there. The new mass analysis techniques allow agronomists to put names to many more of the little life forms that populate healthy soils—and whose density and diversity largely distinguish fertile earth from wasteland.

One reason this was previously impractical is the sheer number of these: a single patch of thriving dirt can contain 50,000 different species of fungus, bacteria, ameoba, insects and worms. The number of individuals in just a cubic foot of such soil can reach, as an expert on the subject put it to me, into the “cadjillions”.

Of the few that scientists have so far studied, many play a part in plant health, especially in crops’ ability to absorb nutrients from the soil. And here too, our ability to identify and differentiate these little critters and their activities is suggesting new solutions to troubling problems. Already, specialty composts rich in targeted beneficial microbes are being applied on some farms, in applications custom-tailored to field soil conditions and crops. Apart from offering a sustainable alternative to fossil-fuel-derived chemical fertilizers, feeding the life in the soil generates additional benefits like enhanced pest resistance, carbon sequestration, more complete metabolizing of pesticides and fertilizers, and resilience to changing climate conditions.

Agricultural biotechnology is barely a step behind medical biotechnology. Cascading discoveries are creating new business opportunities in both realms. And not only in those: a venture based in New Mexico signed a contract in December to deliver crude oil derived entirely from algae to a Phillips 66 refinery.

This is good news for those who hold faith that human ingenuity will yet find a way to extricate our industrial society from the crumbling cliff-edge where it finds itelf. But let’s not get too full of ourselves, especially when we recall what our selves are actually full of.

The distance between me and you only appears to be empty space. In fact, it is a teeming bazaar of life, a continuum of organic activity where a near infinity of little lives are continually exchanging energies, molecules, bits of DNA. Not only are our shambling containers of skin more collective than individual; even they are involuntary intimate participants in the much larger community of the biosphere.

I sometimes describe ecosystems as our ‘life-support systems.’ And so they are. But this is not a life-support system that we can strap on and remove like a pair of diving tanks. We are embedded in our ecosystem as thoroughly as those highly specialized bacteria that even now are helping me digest last night’s chile dinner.

This thought should cause us to reconsider the boundaries of our ‘self’-interest. Because there is a house-of-cards quality to ecosystems. You can take a card out here or there, and it may continue to stand. But then you take away a card that looks no more consequential than those you’ve previously removed… and the whole thing collapses.

If creatures so apparently inconsequential that we haven’t even noticed them occupying our surfaces and those of everyone around us until now, can have such a powerful influence on our health and happiness, how can we be sanguine about the loss to extinction of any life form anywhere?

For that matter, how can we be cavalier about any kind of injury to other clusters of sentience, of awareness and intent—of consciousness—in this living global sphere? How can we be indifferent to the suffering of others? To their opportunity for joy and creativity?

Individualism is a delusion. We are all in it together. That is as good a thought to take into the new year as any I can offer.