Images are traveling the internet contrasting the amount of snow that usually dusts the California mountains at this time of year with the amount strikingly not there now. For the first time in its 54-year history, the agency in charge of the aqueducts that made the desert state into America’s orchard and keep the swimming pools sparkling in the Hollywood Hills has cut off its customers—all of them. The State Water Agency has effectively run dry.

The Agency is a wholesaler, not a retailer of water. For the moment, local utilities were keeping the taps running for home and business customers, relying on other supplies. But officials warned that 17 communities might run out of water completely before the end of May, in what has been described as the worst drought in the U.S. west in at least 500 years. 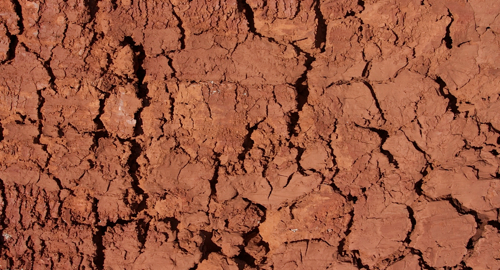 If water isn’t the absolute essence of natural security, it is certainly essential to it. The news lately has not been good. The knee-jerk response of far too many political progressives is, if anything, worse.

The United Nations warned last month that half the land we humans use to grow our food is degrading, drying out. Creeping deserts sterilize enough land each year to grow 20 million tonnes of grain, roughly Turkey’s entire 2012 wheat harvest. Between a quarter and 30 per cent of Earth’s land surface is now classified as infertily ‘dry’ — twice as much as before 1980. Among the knock-on effects, it said, was increased radicalism and social violence in places like south Sudan.

The World Bank also warned in a different report that water shortages, climate change, and competing demands for water, all threaten energy supplies, most of which take vast amounts of water to produce.

The Organization for Economic Cooperation and Development (OECD) warned that without “significant reforms of water and water-related policies, the outlook for water is pessimistic.” The outlook for half the world’s population facing water stress is even more so.

Even the One Percent is worried. A report to this year’s World Economic Forum in Davos, on “convulsive” threats to the global economy, put water insecurity in the top three—just behind financially shaky governments in “key economies,” and persistent unemployment.

These are only the latest warnings our society has received. Similar ones have been sounded for years. In response, much progressive political effort is expended in places like the United Nations, seeking to have water branded a universal ‘human right,’ and in national capitals and local city halls trying to persuade legislators that this right can only be adequately protected by outlawing the ‘privatizing’ and ‘commodification’ of water.

These goals are almost entirely futile; the effort misguided.

Human rights do not really exist. Like love and loyalty, they are values we aspire to. Water exists.

Human rights do not really exist. Like love and loyalty, they are values we aspire to. Water exists. It is first and last a physical entity. Successfully meeting the real threats to it has a lot more to do with land management and engineering than with aspirational statements.

Moreover, unless the idealists and ideologues demanding the complete exclusion of the private sector from anything to do with water secretly wish to impose Stalinist central planning on the world’s farmers and productive industries — which I imagine only a very few really do — what they propose cannot accomplish their supposed goal of achieving water security.

The key facts are these:

Water is ambiguous. It is a blessing and can be a curse. It is briefly ‘ours’ and always everyone’s. It is essential to life and to industry. To acknowledge only one side of this Janus-element, to insist that it be treated as fully and only a ‘commodity’, or never so at all, is doomed in either case to failure.

Water is the living Earth’s circulatory system, as vital to global life as the red stream flowing through our veins is to our individual one. It cannot accurately be recognized as anything other than, in some fundamental sense, the property of all the planet’s living creatures. And in all but a few extreme market-worshipping corners of America, it is at least generally recognized in law as the public’s common heritage.

But we also need to accept the implications of water’s double life, its day (and night) job in the economy, and its inescapable physicality.

Protecting water supply means investing in landscapes to encourage rain infiltration and natural wetland processes. That means motivating the people who work those landscapes now to become water-producers as well as farmers and ranchers. Reducing water waste means creating different incentives for those same farmers, as well as for industry, to change how they apply water to fields or use it in their processes.

Neither will be accomplished by fiat. In fact, either can be achieved only if we start by accepting that water and the nature that provides it, are, like it or not, also key cogs in the market machine. To induce the many, varied and locally specific changes required to secure safe water in all the places lacking it now—from Sacramento to Sudan—no mechanism is as effective and dynamic as money profit. If that means putting a price on some water and on ‘nature,’ get over it.

Nothing is more vital to natural security than water. Nothing threatens it more than high-minded abstractions that fail to come to grips with facts of water’s physicality. Two things change minds at large scale, geographer Bill Rees has said: price and catastrophe. By avoiding the first, the idealists are inviting the second.