I shared breakfast recently with a bunch of other guys over 60. With the disinterest of age they surveyed the state of the planet and to a man expressed relief that they were no longer 20. The proverbial yearning of the old for a second crack at youth evaporates pretty fast when the future looks thoroughly screwed. 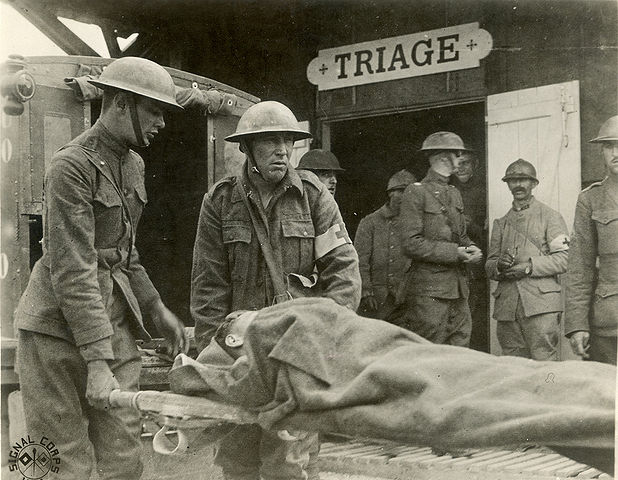 The very bleakness of our outlook may partly explain our political inability to deal with known threats to our biological security — otherwise perplexing for an advanced society. We look into an abyss, or admit for a moment the overwhelming totality of the wicked problems descending on us, and mentally throw up our hands. Easier to surrender to endemic short-term greed –always a default setting anyway –and party ‘til the end of the world.

But in fact we do have a tool to deal with circumstances just like these. We’ve had it for 200 years. Today, therefore, I offer a modest proposal for saving what we can from the ecological, and resulting social and economic, wreckage of our own making.

The tool was developed by a French doctor in the armies of Napoleon Bonaparte. The latter’s military campaigns were perhaps the first to make an organized effort to evacuate and treat the wounded from the field of battle. But it quickly became apparent to the man in charge, Dr. Dominique Jean Larrey, that Napoleon’s generals could create wounded much faster than his medical corps could treat them.

Like us today, Larrey was confronted by a flood of problems that would overwhelm his capacity to respond entirely, if he tried to address them all at once. He needed a way to prioritize. He developed what we know today as ‘triage.’ It is still the basis of all professional catastrophe response.

Triage is rooted in a strikingly simple analysis. In Larrey’s world, it went like this: This wounded man is going to die, regardless of my efforts. This other man may be in pain, but he will survive without my help. But this man’s life is in the balance: without my help he will likely die, with it he will live. Dr. Larrey gave his attention to the last, and only the last.

For all our surface differences of fashion, technology and politics, today we face as a society — some might even say, as a species — the same overwhelming flood of casualties. Unlike Napoleon’s battles however, ours will not be over in the next few hours or days; even those who are 20 will be waging it for the rest of their lives.

If we try to save everything we will fail, as Dr. Larrey foresaw. Indeed, we will fail twice, not only wasting resources in futile pursuits, but ending up too exhausted to deal with life-critical challenges when we finally do confront them.

We are going to need to prioritize; in short, to triage. Widely. 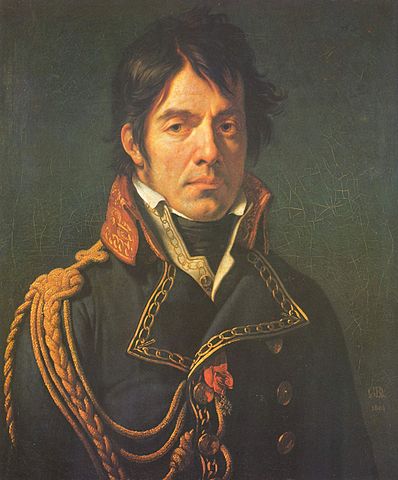 In many situations we will need to recognize when human and wild life will survive the turbulent reshaping of Earth’s water, weather and ecosystem geographies, without our intervention, if not always to our preference. We must act when our individual, corporate or public effort can make a difference between loss and survival. But we will also need to accept the loss of what cannot be saved.

The last, of course, is what makes this conversation so difficult.

We heard this week that a few members of a previously ‘un-contacted’ tribe in Brazil, provoked by the appearance of outside prospectors in their roadless territory, had emerged from the jungle. The event prompted hand-wringing in ethno-cultural circles over how to preserve the tribe’s existence once they and the global economy had encountered each other.

Let us save ourselves some time here. That tribe is no more likely to survive its next generation culturally intact than are the several aboriginal dialects once vibrant in my Canadian province of British Columbia, that now are spoken by fewer than a dozen people.

This should not shock us: depending on which estimate you select (here’s one area where the science really isn’t settled), biological species are going extinct at a rate of somewhere between one every three days and one every thirty seconds. Odds are at least some of those will be sub-populations of our own species.

An old British folk tale recalls the foolish King, Canute, who commanded the tide not to come in. Modern-day Canutes occupy several American state legislatures, where they have decreed the sea not to rise as it swells with additional heat and melted glacier water. They should instead be triaging their coastlines: determining where to fall back and how to accomplish retreat with the least social and economic disruption.

A human economy able to function only through ever-increasing consumption of energy and resources has no better chance of surviving the century of nature scarcity than the forest people of Brazil. To expend additional human, financial or political capital on that economic model is like Dr. Larrey wasting time on a soldier one breath away from death.

And these choices are before us. An example: known fossil fuel reserves of coal, oil and natural gas held on the books of public, private and state corporations. These contain roughly 3,000 gigatons of carbon—about six times what’s been released into the atmosphere since the start of the industrial age. Yet, these same companies continue to spend $674 billion a year finding more.

The analogy here is something more like Dr. Larrey lobbing the occasional mortar into the fray between treating patients.

An economic policy founded on triage would instead recognize that this is something we can do something about. It’s within the power of G-20 leaders to launch a crash initiative to freeze all further fossil-fuel exploration, and begin unwinding the financial asset value of resources that must never be dug up.

To the objection that such a big change in the rules of international business could never achieve global acceptance, triage again suggests a response: it doesn’t have to. If regulators in just seven countries1 applied such a rule, it would cap over 70% of global greenhouse emissions.

We will probably not save the Brazilian forest people. We will certainly not save Kiribati or the Florida Keys. And we cannot save a capitalism built on consumption.

Life in the dwindling number of mostly un-‘developed’ expansive landscapes, like those of boreal Canada or Siberian Russia, will change but, if we let it, also adapt and survive.

Where we can make the biggest difference is in our human systems, the social software of economies and laws. Over the next several weeks, I’ll dedicate a series of columns to ideas for achievable changes that might yet produce a future even we oldsters would envy.