Thinking Outside the Pipe: Reflections on flood season in the Pacific Northwest

Infrastructure is an ugly word, but a big part of what governments do — especially those we live closest to, our town or city government. ‘Infrastructure’ is also the service backbone of everything else we do in our active lives — the bridges we drive over to work and the internet connections we jump on when we get there, the pipes that bring water to the tap and the others that carry away the toilet flush. It’s a mostly unglamorous subject. But it’s about to revolutionize, in ways that will also revolutionize how we deal with environmental issues. 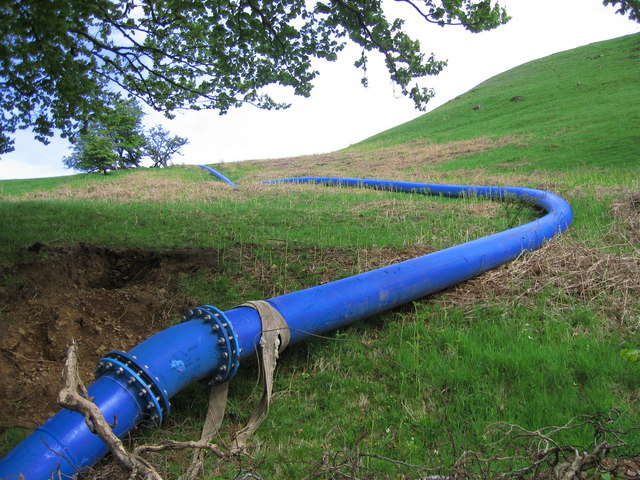 Three forces are driving that revolution. The first is the effect of time on the infrastructure that serves us now: a lot of it in North America is crumbling or obsolete. The second is climate destabilization: most of that same infrastructure, even if it’s not past its design life, was designed for climatic conditions that went out with the last century. But third, and most hopefully, thinking about urban infrastructure design has broken out of the single dimension in which it has been trapped for decades, and discovered the extraordinary potential of thinking in all four.

Let me explain. Most infrastructure that we use, when it’s laid out as a map, as it is in those airline route maps in every in-flight magazine, looks like a dense two-dimensional network with connecting nodes (airports). The same with any road map or those visualizations of web traffic around the world. And so, in a sense, they are.

But in another perspective, each individual line in the route-map, every road or internet connection, is generally conceived of as one-dimensional: something — a call, a shipping container, a data-packet — is going from Point A to Point B in the most efficient possible way. In this perspective, the best connection is the one with the lowest friction, so to speak.

The friction may be physical (the reason why airliners fly at 30,000 ft. in thin air instead of down in the thicker air at 5,000 ft.,) or political and economic (the reason unit trains are carrying so much crude oil around North America at the moment, instead of pipelines doing the job: the trains are there, the pipelines aren’t, held back by cost and political resistance). But in principle, friction is bad, and maximizing one-dimensional efficiency is good.

This thinking has prevailed in the infrastructure we build for water management as it has everywhere else. By and large the idea has been to find a big pool of water (a natural or artificial lake, a large river or aquifer), and run it through a conceptually single pipe to a home or business. Storm runoff has been handled in the same single dimension: by being carried away from storm drains into the nearest natural water body with as little delay as possible. Taking care of the shower drain and toilet flush has been a bit more complicated: it’s made sense to join a lot of single pipes to one facility to treat sewage before it’s released back (often) into the same lake or river system. And to the extent that we build infrastructure for large-scale flooding events, we’ve largely done it with similar thinking: raising dykes and levees that turn rivers into big pipes for the transport of as much water as possible as fast as possible — efficiency, again.

This way of thinking handled things not so badly in the 20th century, when most of these systems were built. There were occasional failures when river waters burst through constraining dykes them, inundating vulnerable homes and farms behind them. But generally they have served us well. That, however, was then. This is now.

Much of that infrastructure is old and in need of repair. A consortium of U.S. water utility associations estimates that America’s water infrastructure needs US$530 billion, more than half a trillion dollars, above what is currently funded for maintenance and repair over the next twenty years. The Federation of Canadian Municipalities estimated eight years ago that water infrastructure — aging mains, out-of-date treatment plants — was responsible for half of the Cdn$123 billion deficit its members faced in overdue infrastructure upkeep and replacement; the deficit is surely higher now.

Meanwhile time is working its corrosive effects on cement and steel and plastic — the materials of water infrastructure. Maintenance delayed typically advances the day when replacement or massive overhauls can be postponed no longer. Complicating things for utilities, many growing communities are running out of room. As densities increase or suburbs sprawl, infrastructure for water capture, storm and sanitary water disposal, and even the larger pipes meant to serve apartment towers instead of bungalows, must all share the limited remaining space.

And money, wherever neoliberal radical extremists have imposed their ideology — which is to say most of the ‘developed’ and ‘developing’ world — is in short supply for any work of service to the public in general.

All of these factors have forced the designers and operators of water infrastructure to think outside the pipe: that is, in more dimensions than one. In fact, they have been doing so for a while now. Just as water is the essence of life as well as the economy, it is relentlessly material and immensely powerful. You mislead yourself about it at your peril. As a result the diverse specialists involved in bringing safe water to our taps, from land managers to mathematical modelers, are more than usually reality-based.

And the reality is that the old one-dimensional pipe model for water infrastructure can no longer get the job done. Thinking in new dimensions however, can take a lot of the strain off existing pipes, and may put off having to install new ones indefinitely.

Abandoning dykes for wider un-built set-backs from watercourses, giving some room ‘back to the river,’ as the practice has been called in Holland, allows waterways to spread out when they carry more volume, rather than force it through straining levee walls. Un-built river margins are among earth’s most biologically productive zones, and their protection enhances natural security. A popular if less natural use for land exposed to occasional flooding is park and sport field space.

“Green engineering” leverages depth as well as breadth to manage water. Porous vegetation and pavements allow storm water to infiltrate the ground instead of racing off into gutters. Green roofs, an emerging architectural trend, do the same. Many communities are effectively mandating such design features by requiring that finished lots absorb all the rain that falls on them, leaving none to run off into storm drains. Protected aquifer recharge zones leverage free underground reservoir space. Managing vegetation across watersheds can often improve the quantity and quality of a city’s water faster and less expensively — and with more ecological and amenity side-benefits — than engineered interventions. Other plants and biota bring their metabolic power to cleaning up industrial ‘brownfield’ and sewage streams.

Even the fourth dimension, time, is being exploited in new ways. If water backs up at a certain bend in the river every ten years or so, which makes more sense: building an intrusive dyke that isn’t needed nine years out of ten and can’t entirely be trusted to keep back the water in the tenth year either… or paying landowners a little bit of money every year to allow the river to spread out over their property in that tenth year? Many places are finding the second, essentially ‘renting’ flood space when it’s needed, to be a cheaper deal. 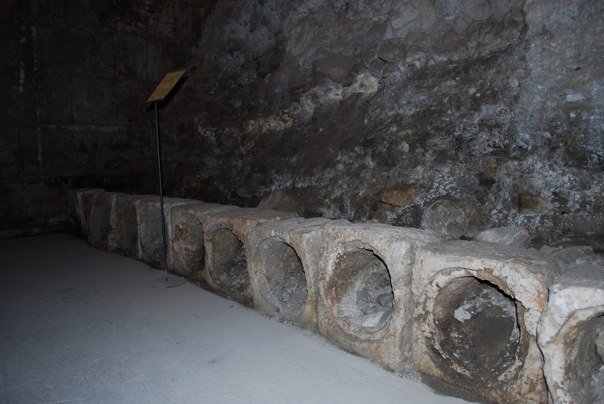 Remnants of the ancient water system in the dungeons of Dioklecijanova Palača, Split, Croatia. Photo by Deborah Jones © 2013

Water infrastructure is the earliest kind we know about: Babylon rose to power because of it. Water will also mediate every other stress placed on our natural security by extremes of human demand and climate destabilization. It poses problems that need solving.

But the three and four-dimensional thinking that water professionals are using to solve those problems hold lessons for all of us. We’re all running out of space, in a variety of senses. We can only solve our problems with approaches different from those that caused them, and by making good use of every cubic centimeter of life-supporting environment we have left. We need to see every intervention in the light of all its effects: the salmon migration cut off by a mega-dam, the biodiversity regained when riverbanks are given back to the river.

If ‘wicked’ problems are those that strike us in multiple, interlinked ways, ‘virtuous’ solutions operate in reverse: they make several things better at once. That’s multi-dimensional thinking.

I’ll drink to that.

This column was prompted by the release of the private-sector ‘Risky Business’ climate change study group’s examination of the U.S. Midwest, where water management will be critical to adapt to rising temperatures over coming decades, and an older article drawing the attention of residents of British Columbia, Canada, to the need for more accurate flood mapping, in part to enable some of these techniques.

“Heat in the Heartland: Climate Change and Economic Risk in the Midwest,” by the Risky Business Project, is available here: http://riskybusiness.org/uploads/files/RBP-Midwest-Report-WEB-1-26-15.pdf

“Planning to Avoid Disaster: the state and fate of flood mapping in BC.” by Anna Warwick-Sears and David Sellars, is available here: