‘Places’ are not just coordinates in spatial geometry: so many degrees east or west of Greenwich, England; so many north or south of the planet’s waistline. Places are constituted by the life that occupies them. Above, Coast Mountains, British Columbia. Photo Gavin Kennedy © 2006

If you can read Elizabeth Kolbert’s The Sixth Extinction without your heart breaking, you do not have one. If you can do so without feeling shame as a human being, your conscience must be dormant. But if you can read the New Yorker science writer’s latest book without a shiver of fear, your intelligence is wanting.

I am a little late coming to this volume: it was published last year. But in the nature of Kolbert’s subject, its relevance only grows with each day that we persist in savagely vandalizing Earth. And for those with a heart, conscience or a working mind, Kolbert’s cheery writing voice bears a truly terrifying implication.

It is that our faith in humanity’s ‘specialness’ is leading us to our own destruction. Or if not that, then a transformed planet more like Hollywood’s ‘Death Star’ than the blue orb we think we know.

Belief in our specialness takes several forms. In economics, it is the idea that “utility” — defined as exclusively human utility — is the greatest good. From that starting point, economics is concerned mainly with how to extract the most human “utility” from Earth and, secondarily, how to share it around.

Christianity, Islam, and several schools of Western philosophy likewise begin on the premise of human exceptionalism. The most Biblically oriented Christians insist in fact that it is their god’s orders that humans consume as much of the rest of creation as we can.

But the more pandemic form of this belief in western society is a barely conscious one. It is the belief that forms from the cradle when one lives entirely within the walls and landscaping and engineered environments of human construction. When you have no personal experience of anything that is not human, it is difficult to conceive of any non-human things as having personal relevance.

Yet this belief is, of course, illusion. We are not “special.” We are merely the distinctively large-brained, opposably-thumbed descendants of a great many ancient ‘parents’ who probably looked nothing much like us. They were, and we are, participants in a real-time planetary experiment in life, which is quite indifferent to a species’ self-regard.

What Kolbert lays out, in finely drawn portraits from dozens of places around the planet, is how life in those places is dying. Let me correct that: how we are killing it.

The carbon we are releasing has only two places to go: the atmosphere that clings like film to Earth’s gravity, or the heavier oceans that fill the hollows in its crust. Above, Paris skyline under smog. Photo Deborah Jones © 2015

‘Places’ are not just coordinates in spatial geometry: so many degrees east or west of Greenwich, England; so many north or south of the planet’s waistline. Places are constituted by the life that occupies them. Even to the most reductionist mind, ‘prairies’ are places of grasses as well as flat topography. Mountains thrust lichen-crusted rock skyward from valley bottoms green with more flamboyant forms of life. Jungles are, well, jungles.

And all places are communities. Their very existence depends on their internal relationships. A single tree in the Brazilian rain forest is a community of countless bacteria, algaes, insects, amphibians, reptiles, birds, mammals, and other plants all in one way consuming or being consumed, sheltering or being sheltered by each other. Coral reefs, river banks, temperate forests, arctic tundra — every ecosystem is a community of life, in which each member supports others. And each member relies on others.

And we are in the process of killing many of them off.

The carbon we are releasing has only two places to go: the atmosphere that clings like film to Earth’s gravity, or the heavier oceans that fill the hollows in its crust. Carbon released to the air is causing the entire planet to retain more of the sun’s heat. And in addition to warming the ocean from above, those liberated carbon molecules are being absorbed directly, turning the nurturing seas into bilious acid. 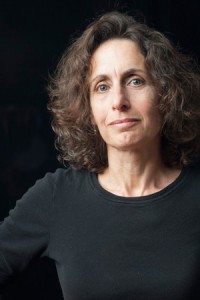 In their local effects, these alterations are changing the often very precise conditions to which uncounted kinds of life have adapted over hundreds of thousands of generations. New conditions are now overtaking those species within a relative handful of generations; in the case of some — like long-lived western North American firs and cedars — in a fraction of a generational span.

Some of those species are trying to move — usually upward or toward the earth’s poles to escape the heat. There is evidence that some marine species are also trying to flee the acid in the oceans.

But there aren’t really ‘seven seas.’ There is only one ocean, and it will eventually offer no escape for marine life. It is still better off than terrestrial life, whose opportunities to move have been cut off in every direction by freeways and rail-beds, river dams and parking lots and suburban backyards. Natural grasslands, wetlands and forests, are reduced to ghetto fragments ringed by killing zones for their natural inhabitants. Mountains get smaller as you go up. And in an iron law of species diversity, as habitat shrinks its diversity of life plummets.

Humanity has seized for its “utility” roughly half the earth’s primary productivity. Do the math to figure out how much is left for the rest of Earth’s community.

Wherever Kolbert went — mountain villages in Panama, mine shafts in the Berkshires, coral atolls in the Pacific — members of communities are vanishing. Frogs from Panama. Bats from the Berkshires. The plant-and-animal consortia that are the chemical engineers behind — or rather, within — the calcium carbonate structures of coral reefs.

And at almost every visit, Kolbert reports, scientists explained to her how and why entire global categories of life — coral reefs, marine shellfish, terrestrial amphibians — are likely to vanish by the time Britain’s newborn Royal baby turns forty.

Kolbert is no lone pessimist. The American Association for the Advancement of Science published a paper this month which anticipates that the last large terrestrial herbivores — think elephants and rhinoceros and gorillas — in the wild will shortly die from nothing more complicated than the human desire to kill them. Did I not mention heartbreak?

Days earlier, researchers at the University of Connecticut had predicted that warming temperatures alone will incur the second-hand slaughter of one in every six species on the planet.

Humanity has seized for its “utility” roughly half the earth’s primary productivity. Above, a tidal flat in the Salish Sea of the Pacific Northwest. Photo Deborah Jones © 2014

What is left will not be desolate. But it will be simpler. And we will see whether that simpler planet can continue to sustain seven billion humans.

If techno-utopians are right, we can engineer our way to sustainable “utility.” They imagine industrial calorie production, ‘environments’ controlled by machinery, perhaps even oxygen levels maintained by clever chemistry. A triumph of human specialness. But for the ebullience of life that once formed the community of planet earth, it will be a death star.

The other possibility is that we are not as special as we think. That when the community from which we emerged fails, so will we. At the rate we are going, we should know which it will be before baby Charlotte Elizabeth Diana, the princess born amid much jubilation on May 2 to British royalty, is old enough to drive.