Say what you will about the United States military, no organization on earth is more focused on maintaining its capabilities no matter what. As a result, its upper echelons spend a fair amount of time considering what that ‘what’ might actually look like.

Recently at a conference in Halifax, Canada, the top figure in that military, United States Defense Secretary Chuck Hagel, described what he and his top-brass colleagues see when they look around the globe for the biggest looming threats to America’s security. Significantly, it wasn’t men with guns.

Also instructive, for the one North American in three not living under the protection of Hagel’s military, were coincidental public statements by cabinet-rank officials in the Canadian and Mexican governments.

Hagel first. The American Defense Secretary was addressing1 the International Security Forum. It’s a wonk’s buffet of deep thinkers about war and the military held annually for the last few years in the province of Nova Scotia; a pet project of Canada’s former Minister of National Defence (and not coincidentally a Member of Parliament for the riding of Central Nova), Peter McKay. After thanking McKay for his “imagination and resourcefulness,” Hagel got down to business.

In a single sentence, he dispensed with the threats posed by instability in the Middle East, a resurgent China, global energy demand and the impact of new technologies. None of those, he told his audience, were new. History has witnessed repeated cycles of disruptive innovations, of empires rising and falling.

What “is new to the modern world,” Hagel said next, is climate change.

“Climate change does not directly cause conflict,” Hagel observed, “but it can significantly add to the challenges of global instability, hunger, poverty, and conflict. Food and water shortages, pandemic disease, disputes over refugees and resources, more severe natural disasters … Typhoon Haiyan in the Philippines is a reminder of humanitarian disaster brought on by nature. And climatologists warn us of the increased probability of more destructive storms to come.”

Hagel spent the next several minutes of his speech detailing some of the ways America’s military is responding, from powering its most remote outposts of empire with solar panels, to reviewing which of its coastal defences may be overtaken by rising oceans.

And, he reminded his Canadian hosts, “Climate change is shifting the landscape in the Arctic more rapidly than anywhere else in the world.”

I say ‘reminded’, because Canada’s government seems strangely oblivious to the evidence accumulating on its northern doorstep. From disrupted synchronicities of animal migration and food-plant maturity, to collapsing landscapes where one-time perma- frost has defrosted, Canada’s north is changing with the pressing urgency of a spring freshet.

A government led by reality would, like the U.S. military, be looking hard at where these changes point—at the whats they imply as rising threats. And like the Pentagon, it would already be trying very hard to contain those threats by limiting the change in climate. 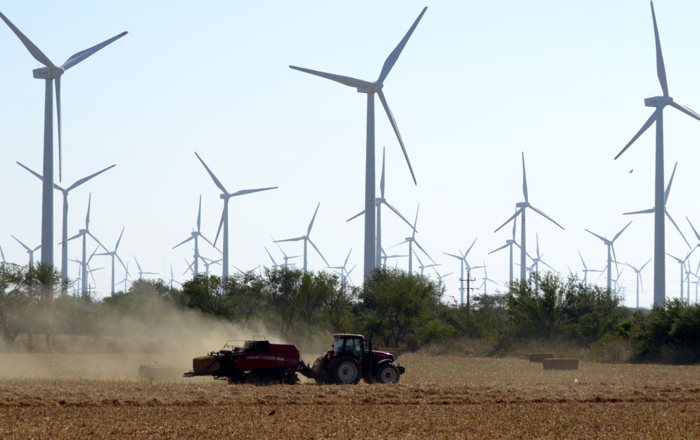 Aglukkaq, who represents the Arctic riding of Nunavut, appears to be the only northerner not to have noticed how different the weather is lately in her region; she has equivocated in public about whether she believes in anthropogenic climate change. Last week, she became the fifth Canadian environment minister in eight years of Conservative government to put off,2  yet again, the release of repeatedly promised regulations to cap or reduce carbon pollution by the oil and gas industry—the country’s fastest-rising source of climate-changing emissions.

While the Arctic may be setting the pace of global climate change — in everyone’s assessment but Aglukkaq’s — Mexico faces its own challenges. Both of its coasts are rebuilding from record hurricane strikes this past summer — of the very kind that Hagel warned his audience are becoming more destructive. Forecasts predict vanishing rainfall in its most important industrial and agricultural — and already driest — regions, north of the capital.

Mexico’s response, however, has been the opposite of Canada’s. In its latest initiative, Secretary Guerra Abud last week hailed the launch3  of the country’s first carbon credit exchange, associated with the Mexican Stock Exchange. The facility will allow the sale and transfer of United Nations-backed certificates, documenting carbon emissions reductions at some 200 Mexican projects, to companies wishing to voluntarily offset other greenhouse gas emissions and thus claim carbon neutrality in their operations.

OK, it was hardly the turn of the tide in the climate battle. Nothing yet obliges Mexican companies to reduce their emissions; purchasing credits on the exchange will be purely voluntary. The facility’s impact on Mexico’s overall climate emissions will be slight.

But the new Plataforma Mexicana de Carbono does accomplish two valuable things. It establishes an exchange that will be able to weather its inevitable teething pains at relatively small scale on voluntary carbon reductions, and be ready to bulk up as and when those reductions become compulsory. And, it sends a strong symbolic signal that the country hosting it is responding to the number one threat in Hagel’s assessment.

In fact, the new carbon exchange is only one measure in Mexico’s natural defence strategy. The country, even more reliant than Canada on oil revenues, has nonetheless established a central agency to develop climate responses. A carbon tax is coming next year (which may also drive new business to the bolsa in carbon.)

The government in which Aglukkaq serves has denounced a carbon tax as “job-killing.” It has closed down its climate policy assets, and repeatedly kicked meaningful action further down the road.

The contrasting responses from America’s northern and southern neighbours are echoed within the borders of the United States, of course. Plenty of Congressional skeptics dismiss Secretary Hagel’s threat assessment. Even so, when the world’s most worst-case-ready organization tells us that unprecedented weather and rising seas are its biggest worry—we should probably listen up.