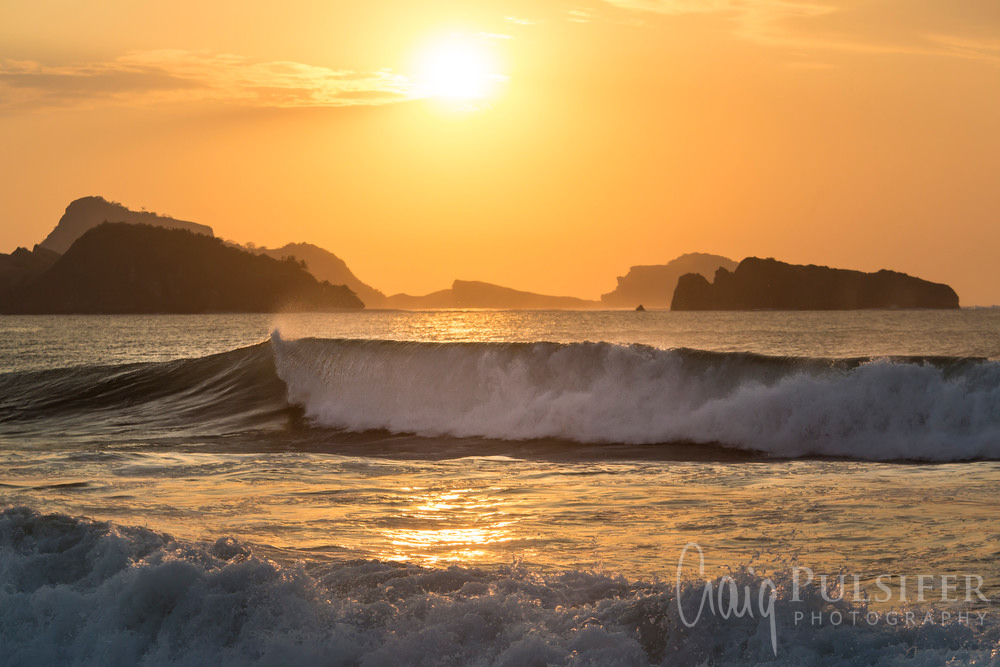 ZAMBALES, Philippines – When the tide is out, the Philippine archipelago is comprised of some 7,100 islands. The Visayas Region was smashed November 7, 2013, by Typhoon Yolanda (Haiyan), the largest typhoon in recorded history. Photo by Craig Pulsifer © Copyright 2013

I’ve spent a good deal of the last few days glued to the computer screen, sifting theinternet for news from the Philippines. Not from any motive of disaster voyeurism (the armchair version of a new industry, ‘disaster tourism’1), but searching specifically for any word from a place called Romblon.

Romblon is a tear-drop-shaped island about 16 km from top to bottom, located between larger islands roughly in the centre of the Philippine archipelago. The central ‘eye’ of Typhoon Yolanda (also called Haiyan) a monster 600 km from edge to edge, passed about 80 km south of Romblon’s only town, on the island’s northern tip. 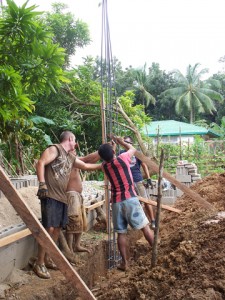 That town is where my nephew, Leighton, and his family live. My brother’s younger son, for the last several years, has shuttled between Canada and the Philippines, schlepping drywall into construction sites in downtown Toronto to earn enough money to travel back to Romblon and continue to volunteer2 there. I saw him most recently a month ago, with his Philippina lady friend, visiting Canada briefly with her daughter before all three returned together to Romblon. He proudly showed me a video3 of the library he had helped build, by hand, in the town. When I asked, he told me it was across the road from, and perhaps a couple meters higher than, the ocean.

For hours, the only word was from the worst-hit city of Tacloban—about 330 km from Romblon. It was of utter devastation, scenes reminiscent of the wasteland left behind by the tsunami at Fukushima, Japan. Then there was dispiriting news about the failure of rescue teams to break through blocked roads to the afflicted town; relief convoys met by armed hijackers and mobs of looters. At last, reports from a shattered city; images of a mother protecting her child against the stench of thousands of human corpses*—and who knows how many animal ones—decomposing in the tropical heat.

This, I was thinking, is what happens when natural security fails.

Natural security is a broad term. It embraces everything from the basics—oxygenated air—to the amenities: those urban green spaces that sooth the soul and are proven to reduce human stress. It means, in somewhat more technical terms, those parameters of habitat that the human animal finds congenial: a certain range of temperatures, weather and soil conducive to the plants and animals that we feed on, manageable levels of predation by other critters, and a tolerable frequency of major disruptions.

It’s that last one that’s breaking down on us, although it’s the first — the way earth’s fluctuating temperatures are moving into a hotter range — that lies behind trouble across the full spectrum of human habitat.

But it’s disasters that get our attention. Some coverage suggested, and then contested, that Yolanda may have been the strongest storm observed in human history. Fossil-fuel apologists bristled that there was no lock-step link between its gargantuan scale and climate change; doubtless, narrowly, true.

But Philippine government records show that the strongest typhoon to hit the island chain between 1947 and 1960 topped out at 240 kph. Between 1961 and 1980, the most powerful storm struck with 275 kph gusts. Since 2000, typhoon winds have repeatedly broken the 300 kph mark. Yolanda at one point was posting wind speeds of 380 kph. Do the math.

The planet’s capacity to unleash destruction far surpasses even our own. We have grown accustomed to the (relatively) restrained wrath of the elements within a range we have learned to manage. The stability of that range—of dry spells and rainy ones, snowstorms and windstorms—has been a component of the natural security we have enjoyed since the last big climate disruption, when the glacial age ended about 12,000 years ago.

And it needn’t take devastation on the scale of Tacloban to prove costly for societies and individuals. Leaked versions of a forthcoming report by the Intergovernmental Panel on Climate Change5 warn of falling harvests (from which to feed a growing and more demanding human population); higher incidences of injury, illness and death from hotter heat waves, hunger and, yes, storms; “hundreds of millions” of people displaced from land lost to rising seas; and more frequent civil wars. Other reports in the last two weeks have detailed the picture for specific regions: wholesale melting of the permafrost that holds up most buildings and roads in Canada’s Arctic; more, bigger and hotter bushfires burning across Australia.

If Yolanda/Haiyan is not yet a smoking gun for climate change, it is where our climate is going, and our natural security policy responses are not keeping up. At a minimum, these need to address:

Of course all of these will be hard. They rely on contested forecasts of just how bad the weather will get in the near future. They require the engagement of every level of government. A considerable number of private oxen stand to be gored: property owners along coastlines and flood plains, for example.

The alternative is what befell Tacloban.

I believe my nephew is alive. He managed to get a single text message through to his parents in the early hours of Sunday, Nov. 10, saying he and the family were all safe. Since then, there has been silence, but that is understandable.

As I write, we are still waiting to hear how badly damaged the town and its brand new library were, by what may have been the most powerful storm on record — but which will surely not hold that record for long.

* The figure of 10,000 bodies, originally published, was the one being used at the time of writing. It may still be reached or surpassed in total typhoon-related deaths, but subsequent reports indicate the death toll in Tacloban proper was more likely around 4,000.