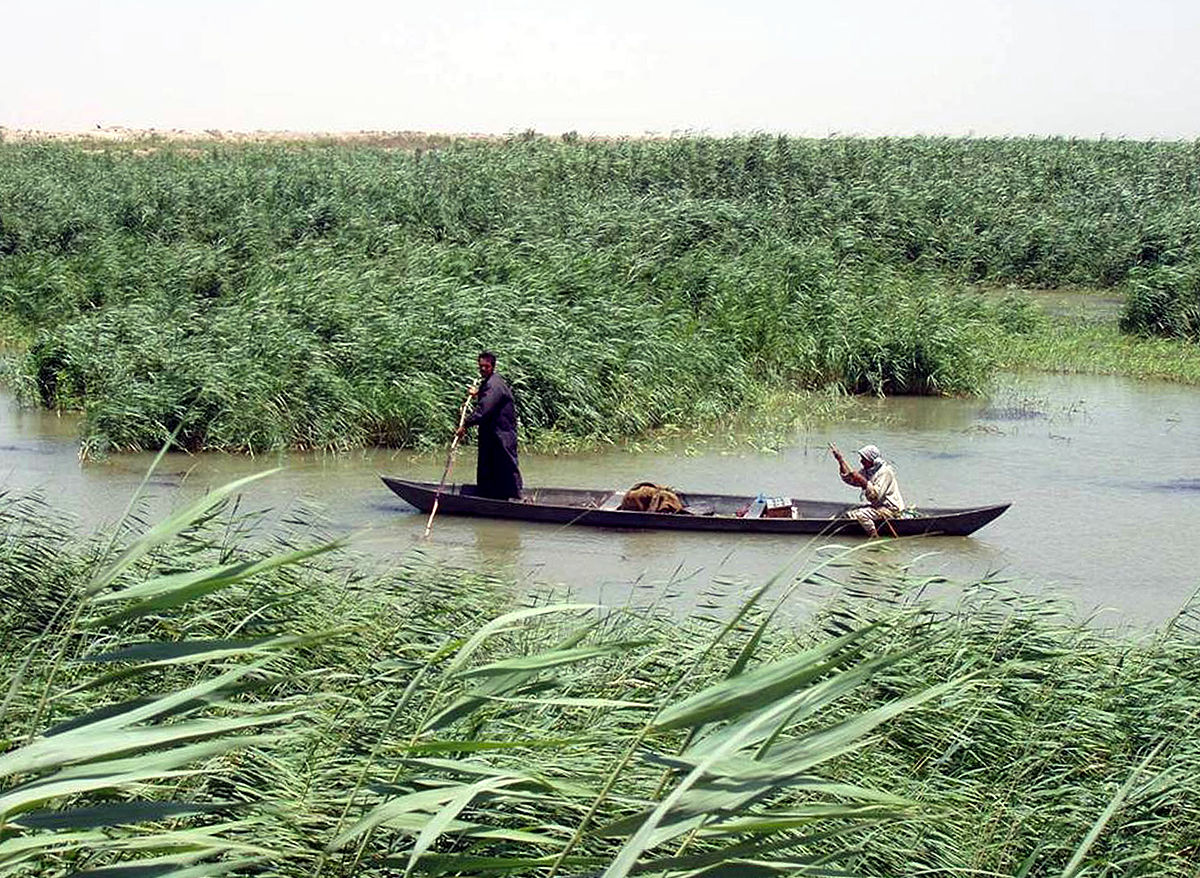 My Facts and Opinions colleague Jonathan Manthorpe writes insightfully1 about the affairs of nations. His great talent is the ability to reveal how their competition, so often ‘analysed’ as though it were the political analog of the FIFA World Cup, is in fact more a case of national logos plastered over vicious backroom feuds among rival local powers vying for control of a lucrative franchise to exploit or, very occasionally, to serve.

This column has taken the view that those narratives, while still relevant, are increasingly eclipsed by a much bigger one, both overarching and undergirding every other human story. That is the question, put bluntly, of how or whether we will survive the ecological exhaustion of our planet.

This view received an endorsement this past week, from the New York Times’ gadfly of globalization, Thomas Friedman. In a column titled “The Real War of Ideas,2” Friedman brought attention to a diffuse movement that is the other group, beside the Islamic State of Iraq and Syria, seeking to bring the Middle East under one rule — for quite different ends — from its mountain wall along the Mediterranean to the Caspian Sea and south to the Persian Gulf. These are the region’s environmentalists. 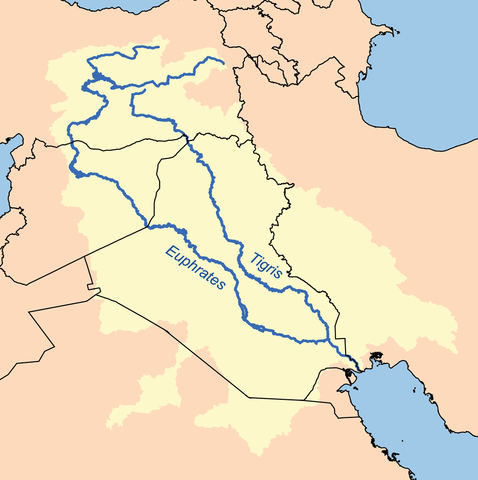 Their key insight: their deepening eco-pocalypse can only be avoided by letting nature’s geography trump that of nations. ‘Avoided’ may in fact be too optimistic a term for the region often called the cradle of civilization. Millennia of not-always-wise irrigation, a century of water seizures for national ends, and decades of conflict, have not been kind to the once-lush basin of the Tigris and Euphrates Rivers. A less unrealistic goal might be “recovery.” And that might be possible, in the unlikely event that Friedman’s environmentalists-without-a-name let alone an army, unify the Levant under a Green banner.

But the point we all need to grasp is that the former Mesopotamia is merely a little ahead of the rest of us, on the road to bankrupting our natural security. Its lessons should be ringing loudly in our ears. What we do on the land matters; mistakes can literally turn Eden into desert.

No less important is the paradox that national sovereignty, no matter how zealously protected, cannot achieve natural security. To the contrary, our critical ecological infrastructure can only be assured if we get past misguided nationalisms, nativism and deep-rooted tribalisms dressed up as patriotic rivalries.

This requires us to get past a way of thinking about the world that dates back 366 years and has come to be tagged the “Westphalian” world-view. Its origins are a series of treaties that in 1648 ended thirty years of warfare among fragments of the crumbling Holy Roman Empire, and an additional fifty before that between Spain and the Dutch Republic. The innovation for which it is remembered is the signatories’ commitment that their respective national borders would henceforth be sacrosanct.

In a Westphalian light, you could regard the world ever since, or at least Europe’s part of it, rather as a bunch of competing sports franchises. If every team respected each other’s rosters—their physical borders—and didn’t try to poach the best bits, each would advance on its merits and the injuries on the field would be relatively bloodless.

This didn’t always work out of course. And for the first several centuries, the Westphalian league was a purely European club, closed to nations occupied by brown or yellow people. But it looked pretty on maps and made scorekeeping tidier. And when, in the 20th century, some of those other countries began to demand membership, the Westphalian league did expand — extending the idea of a national franchise into a global system.

This worked fairly well as long as the planet was able to provide a general surplus of natural services, from food to water to a moderated climate. The climate embraced everyone within a stable band of predictable local weather. Most countries had enough nature for their populations to get by on, often with some natural products left over to swap for any specialties not available at home. Local natural service supply became tighter in places as industrial cities hardened and sterilized their ecologically productive landscapes. But the advantages of trade allowed many even of those to ‘buy-in’ such products and services from places that had them in surplus.

As these circumstances persisted through the 18th, 19th and 20th centuries, historians, political philosophers and more recently public pundits, largely accepted them as the state of the world — like oxygen or gravity. The Westphalian world still has its adherents, who regard it as the political template for the foreseeable future.

It’s not, for the simple reason that the world that permitted it to persist has vanished. We no longer reside on a planet of generalized natural surplus, albeit with islands of specific scarcity. We live on its opposite: a planet increasingly of generalized ecological exhaustion, with islands of privileged surplus achieved largely by accelerating the depletion of the rest.

In this world, risk is no longer limited to the occasional unfortunate Westphalian franchise fallen on hard times. When an important source of a key natural service fails — as is happening just now with America’s corn crop — the ripples not only radiate around the planet, their impact grows as they expand. The drought-driven collapse of America’s corn harvest will push a wave of price hikes across global markets that, by the time it reaches struggling families in developing countries, will have become a tidal wave of prohibitive expense.

Set aside for the moment its wars: the Middle East has been impoverished as much by the exhaustion of its landscape as by the violent tribalism of its politics. (Although some, including Friedman, have thoughtfully suggested the former may contribute to the latter.)

The result is that the Middle East, where western man invented agriculture (eastern man having gotten there about the same time on the plains of what would later become China), is now the world’s most water-stressed region and the one most dependent on calories purchased abroad. When its oil runs out or becomes impossible to sell in a post-carbon economy, it will have nothing left to trade for those calories. This may simply serve to further embitter its rivalries and make its conflicts all the more desperate.

But the lesson isn’t only that national rivalries or their sand lot equivalents, tribal feuds, are bad for the natural economy and ecological security. It is also that repairing our ecological infrastructure and restoring natural security can only be done collectively.

The core fact here is that natural infrastructure is organized on the basis of watersheds, not of human ethnicities or historic frontiers. These are the essential units of our biological survival, and their intimately integrated, living systems are sculpted and contained by topography, not religion or ideology.

If we humans expect to survive the present century in significant numbers, let alone in the kind of comfort any reader within internet-reach of these words has become accustomed to, it will be because we begin very soon to care for, bind up and heal our watersheds. That means managing them as entire systems, not chopping them up into patchworks of yours and mine, and stripping as much as I humanly can off of my patch.

It is possible — just barely — to imagine a future in which regrown forests across Turkey’s mountainous southern flanks feed revived flows in the ancient Tigris and Euphrates; a future where those rivers once again disappear into a vast maze of biologically productive marshland channels before they meet the sea; where orchards and gardens have returned to the Biblical land of Eden.

But it will not happen as long as that landscape remains a playing field, reduced to dust beneath the feet of competing Westphalian teams.