Davos: Pantomimes of Concern From the One Percent 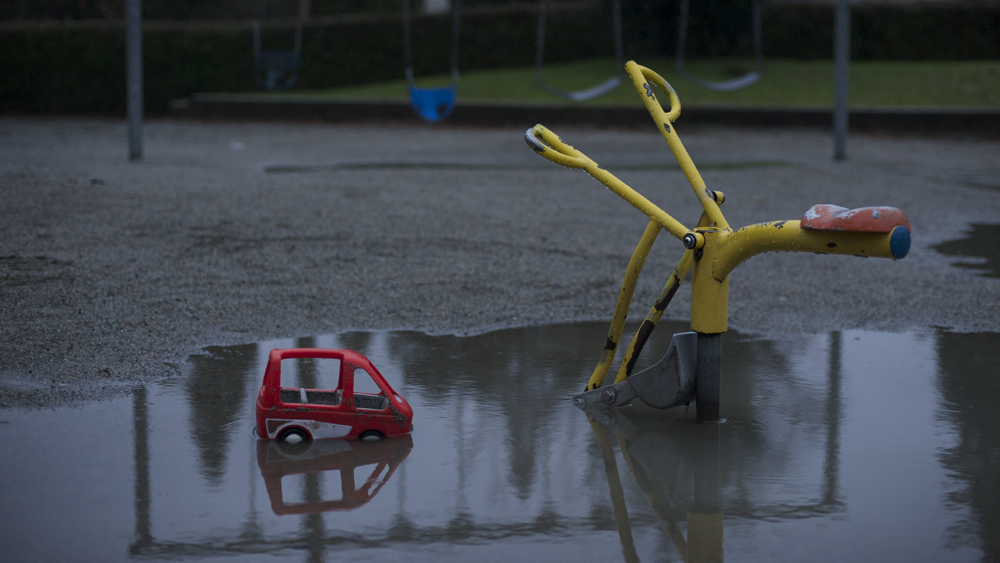 The one percent are meeting in Davos, Switzerland, this week—or at least, that fraction of the one percent that retains either a trace of social conscience or an instinct for personal survival that entails more than a private army and a fortified island somewhere.

The World Economic Forum (WEF) is the one annual event at which the rich and powerful gather to consider the prospects for further expanding and entrenching the free market, neo-liberal economy that has made them the masters of their universe and ours. And as in other years, they will consider the threats that haunt their agenda.

The conversation-starter for that discussion is a single, colourful graphic (see illustration, below) locating nearly 30 “risks” to the globalized economy along axes of likelihood and impact. They include low-likelihood, high-impact eventualities like the use of weapons of mass destruction, as well as high-likelihood but low-impact risks like failures of urban planning. 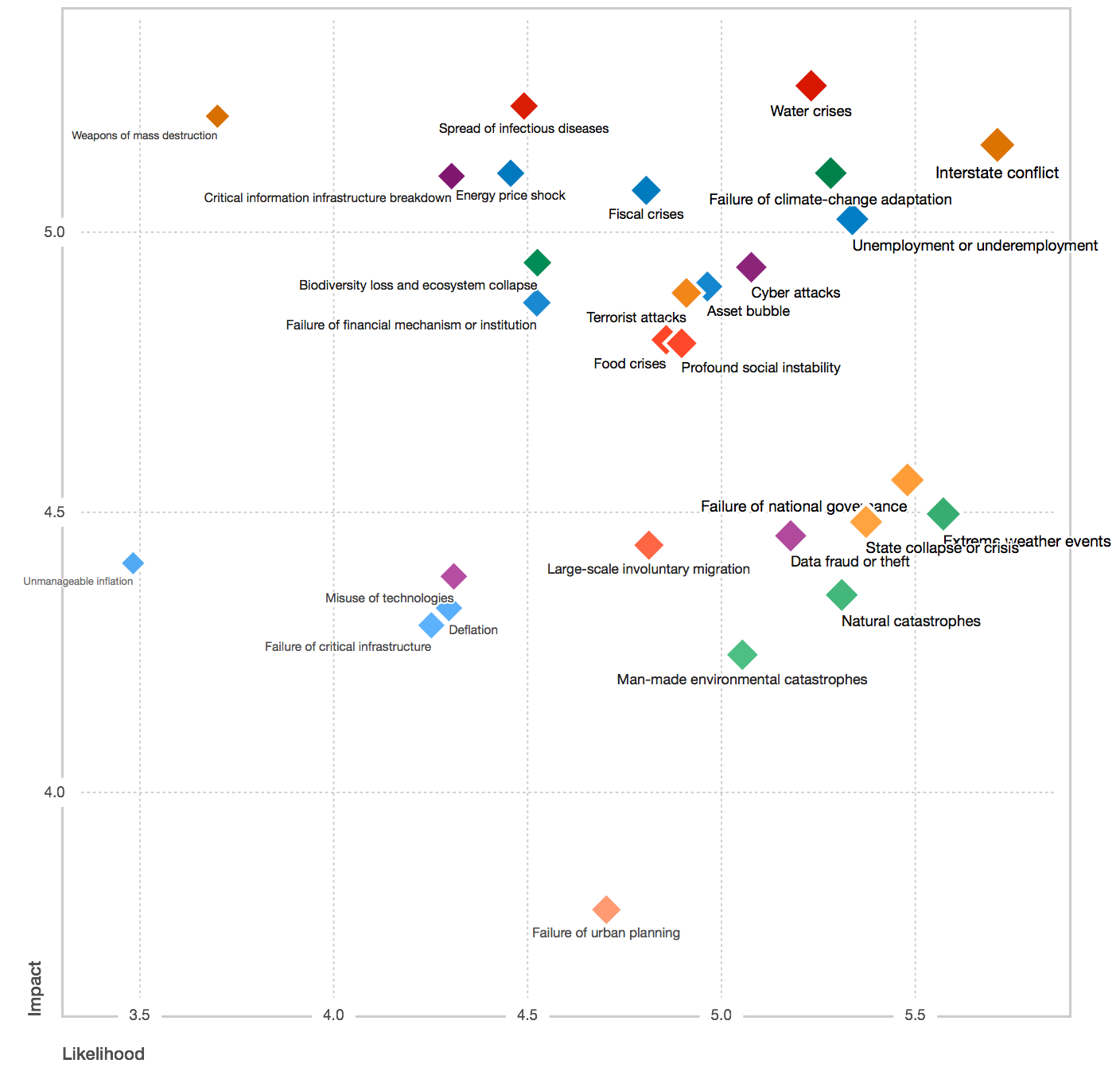 Of 25 risks the WEF ranks as highly likely, and/or high impact, more than half stem from failures of natural security. World Economic Forum risk chart, 2015

But here’s the thing: of the 25 risks that the WEF planners ranked as either highly likely, or likely to have a high impact (above 4.5 on either scale of zero to six), or both, more than half (13) are consequences of local and global-scale failures of natural security.

Some are straightforwardly so. Water crises, biodiversity loss, ecosystem collapse and extreme weather events, are all direct manifestations of our biophysical habitat strained to breaking point. The strangely neutral phrase, “Failure of climate-change adaptation” is a technocrat’s portmanteau for everything from droughts enduring decades to abandoned coastlines to super-storms to mortality-raising heat waves and cold snaps.

But the risk spectrum goes beyond such first-order effects. Other threats come from second and third-order consequences such as food crises (a result of water crises), social instability and “large-scale involuntary migration” (which follow when climate change or soil degradation make traditional livelihoods impossible to pursue), and the spread of infectious diseases (as pathogens — think Lyme disease — follow a newly congenial climate into previously immune regions).

Other risks are slightly more ambiguous. Oddly, the WEF distinguishes between “Man-made environmental” and “Natural” catastrophes. In view of the stresses that human economic activity already places on key natural and biophysical systems, and the catastrophic effects on humanity when “nature” responds, this is a distinction without a difference. In either case, the catastrophe is to our natural security: the habitat conditions that have nurtured our species and society since the glaciers reigned the planet, become less hospitable. For some, lethally so.

A strong argument can be made that many of the remaining high-impact, high-likelihood risks the WEF perceives are also rendered more acute, if not caused entirely, by similar failures of underlying natural security systems. State collapse or crisis, failures of national governance, even interstate conflict are all made more likely when populations are made desperate by the exhaustion of the ecosystems that underwrite agrarian and pastoral societies. Farmers fleeing sterile fields for the city fuel un- or under-employment. Even where ecosystems remain relatively healthy at the scale of landscapes, local destruction can provoke local conflict and challenge the integrity of national governments: both Mexico and Nigeria provide examples. The lines between terrorism and acts of desperation are not always clear.

It’s not unusual for the plutocrats drawn to the WEF to take an interest in environmental risk. The organization sponsored one of the very first efforts to rank the world’s nations according to their stewardship of the environment at the turn of the millennium; their annual rankings continue. Its past discussions have featured climate change and the pressure on degrading water resources. 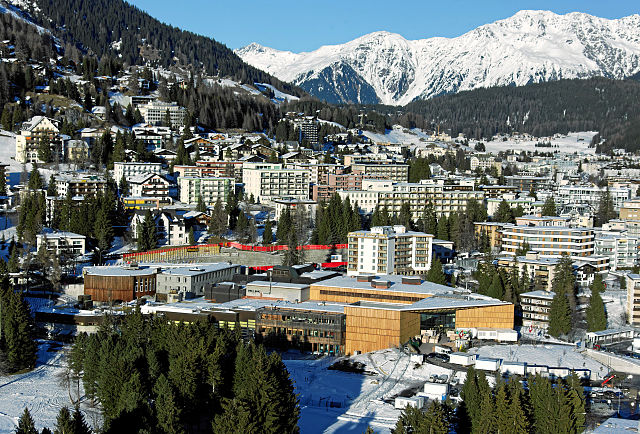 What appears to be harder for the high-net-worth and high-power-quotient individuals meeting in the Alps to accept, is that the rising incidence, mounting costs and escalating risk of natural security failures proceed directly from the very system that the World Economic Forum was invented to promote.

The structure, motivations and mechanisms of the global neoliberal economy are subjects clearly beyond the limits of this column page — or indeed, of this one plus many, many more. That system has provided many humans with conveniences and luxuries that were barely conceivable just a generation or two ago. It has also deprived many more of traditional livelihoods and cultures that had stood the test of centuries, reduced once-vast and verdant life-supporting ecosystems to desert wastes, and left the most abject to scrape bare existences amid the refuse and feces of the rest.

Critical to this system is a constantly growing through-put of material: copper for iPhones, oil for plastic, cropland for animal fodder, water for everything. We have known for a couple of decades now that since sometime in the mid-1980s — for as long as half of humanity has been alive — the voracious demands of this system have exceeded Earth’s biophysical capacity to maintain. And those demands continue to rise.

In Davos, we who couldn’t pull together the $208,000 to score an individual ticket or whose private jet has been in the shop this week are to believe, the most ‘plus ultra’ of plutocrats and the sycophants there to kiss their rings (Canada’s Finance Minister Joe Oliver and France’s P.M. Francois Hollande among them), will focus their elite intellects on global inequality. Right.

Few of these folks are sentimentalists. They are getting something for their $208,000. One suspects it is the opportunity for convenient, discreet, and mutually satisfying exchanges of power and money. A sort of five-diamond mass brothel in the Alps. Their interest in the headline issues of global public concern looks more like Shakespeare’s boys with flies, than a council of wise elites “committed to improving the state of the world,” as WEF’s motto states.

Perhaps these figures of the financial stratoverse believe that our little fates, the fates of flies, are immaterial to them. Perhaps they imagine that they will be able to fly away from any “failure of climate-change adaptation” or of national governance, to flee any “large-scale involuntary migration,” on one of the reported 1,700 private jets required to bear them to Davos. Perhaps they imagine that private armies and fortified islands — real or figurative — will protect them.

They are wrong. Set aside that it is the flies who man their armies and produce the strawberries and chocolate and caviar to go with their champagne, their iPhones and Luis Vuitons and 1000-count bed linen. The system over which the plutocrats rule is built on a fundamental lie of an inexhaustible nature (once human ingenuity is factored in). That lie is coming apart, along with the natural systems its doctrines ignore and its practices ravage.

As ecosystems collapse and weather gone wild drive increasingly certain and apparent crises of food and water, migrations and disease, as governments fail and adaptations buckle in the face of an overheating planet, it will become harder to come by either the ingredients needed for iPhones and private jets, or the flies required to assemble and maintain them.

These may be titans of finance and politics, but they are also beings of meat and bone. They and we are as much dependent on the natural security of an hospitable habitat as any other biological being. When it goes, we go.

For a bunch of (mostly) guys with so many dollars in their accounts, you wonder what it will take for the penny to drop.