A few words about an old friend

“Life and death are one thread, the same line viewed from different sides.” — Lao Tau

More than on most days, the handcart in which we are all riding toward a very unpleasant destination feels like we’re maybe in sight of the station. Even for a hardened student of the headlines, the human tragedies in the Ukraine and Palestine are sorrowful to contemplate.

And yet necessary, too. They confront us not only with the human reality of the moment but also, stripped of their context and backstories, the end that awaits millions more of us across much of the world.

That is because it is no longer possible to imagine a future that is consistent with the observed declines of such critical natural supplies as safe water, fertile soil and a living ocean, that does not also imply vast and widespread mortality — either from the direct effects of drought and flood and storm, or from military violence as peoples compete for the dwindling essentials of life.

In fact, we are already surrounded by the deaths we have unleashed, both literal ones and the figurative irrecoverable loss of what it takes to live a tolerable existence: homes, families, livelihoods. By one estimate, three times as many human lives were lost to the consequences of climate change on July 17, as to the attack on Malaysia’s ill-fated jet.

And yet most of us find this prospect almost impossible to contemplate in the full gut-punch of its reality.

This is especially true of North Americans. Even when death arrives here peacefully, we sequester it in a ‘funeral chapel’ — a place we would never visit in our normal lives. Embalming the dead, many of us try to prevent the ‘corruption’ of loved ones we imagine still inhabit their corpses, recoiling from the biological cascade by which the end of one life in nature becomes the cradle and sustenance of innumerable others.

Paradoxically, the imaginary deaths endlessly repeated in our video games and TVs only further distance us from its reality. And when those fantasy narratives break through now and then to some misfit’s homicidal acting-out, our horror is disproportionate. We behave as though the sun has reversed its ordered progress and the ocean exchanged places with the sky.

But of course neither is so. Death, even violent, unexpected death, is both always with us, and always waiting for us. I have been personally present at only two human deaths, but they happen to illustrate both ideas.

On the first occasion I was seventeen. I was picnicking with a small group beside a river that ran through channels carved deeply into grey limestone. Idling at the rock’s sculpted edge, watching jade-green water rush noisily between its walls, I didn’t immediately process the long, vague object that hovered just beneath the surface of the current for only a moment before it slipped past me into the shadows.

It was only when a father in our group began calling in rising panic for his young daughter that I recognized the shape in the water — an image I still carry with me.

On the other occasion, in my late 50s, I was with my family at the hospital bedside of my stepfather. A brilliant, widely travelled and intellectually adventurous man, he had given my mother many y         ears of happiness, but now his kidneys were failing. He drifted in and out of semi-consciousness in the dimly-lit room.

I recall a hushed hallway conversation with my younger brother. He wanted to push the attending medical types to do more to extend our step-father’s life. That was not the wish of either his wife or his sister — contemporaries both. They had accepted that a rich life was reaching its natural conclusion.

In the face of what is coming, we need to be more like my mother and her sister-in-law, than like my younger self — incapable of grasping that life at any age is a daily exercise in vulnerability, with no guarantee of duration.

How does this unoriginal insight apply to the problem of our natural security?

It reminds us that irrecoverable loss is a natural event, that we may have limited choice about its timing, but that we do have a choice about how we react to it.

We can try, as so many of us in North America do, to exclude it from our thoughts, to pretend it will not or cannot occur — at least not to us. Or we can accept its inevitability and, without losing our gratitude for the experience of what has been lost, carry on as my mother and her sister-in-law do, to make the very best we are capable of with what remains to us.

We in North America have little trouble dismissing distant losses. We are startled and saddened by the foreseeable violence in Gaza and unexpected carnage in Ukraine; but few of us will alter a single coffee-stop in our daily routine. We’ll manage to carry on as the redistribution of the globe’s habitable zones take tens of millions of lives in sub-Saharan Africa, around the Bay of Bengal and the Mekong Delta, or as exhausted landscapes make the religious and ethnic rivalries in the Mideast additionally desperate.

But soon enough the death and loss will touch our shores too. 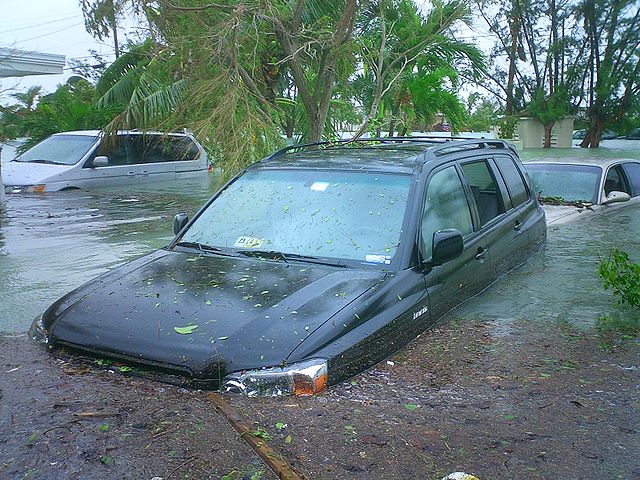 A fellow named Philip Stoddard is an exception among Florida’s politicians: a biologist, he knows what his state faces. “Another foot of sea-level rise will bring salt water into our fresh water supplies and our sewage system,” Stoddard told The Guardian.1 “You won’t be able to flush away your sewage and taps will no longer provide fresh water. Property values will plummet and people will start to leave. Where will we find money to fund police to protect us, or fire services to tackle house fires? Will there even be enough water pressure for their fire hoses? And that is only with a one-foot sea-level rise. It makes one thing clear: mayhem is coming.”

What even Stoddard admits sound like “post-apocalyptic scenarios” are coming for other places too. California’s central valley and large reaches of the U.S. west will be returned to desert, haunted by the ghosts of former farming towns; this is a question now of when, not if. The ability of America’s deeply divided and distrustful society to accommodate the inevitable wave of climate refugees peacefully is in doubt. It takes little foresight to anticipate that some will demand entry to Canada, with less of its landscape rendered entirely uninhabitable.

We are not ready for that much death — that many lost lives, vanished ecosystems, lost livelihoods, not to mention lifestyles. Such national and continental planning as we have done assumes, more or less, that we will live forever as we do now on a familiar geography. To the extent that we admit, at some level, that this is unlikely, we also decline, like an aging couple who’d rather pretend they’re immortal, to do anything approaching what might be called ‘end-of-life’ planning for what lies ahead.

Such planning is possible, both for the losses we can predict in advance and prepare to accept, or for those that surprise us with the lethal force of a rushing river.

I’ll have more to say about that in my next column in this space. But while we can also carry on into the night without any forethought, we are reminded again today that death is implacable — and unpredictable. And just now we are fueling death’s appetites.

1. Miami, the great world city, is drowning while the powers that be look away, by Robin McKie, The Guardian