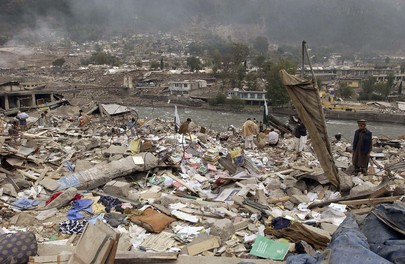 Balakot, Jammu and Kashmir, Pakistan, October 8, 2005 — People search for 50 missing children in the rubble of a school where 200 teachers and children died in the 2005 earthquake. UN Photo

I learned a number of lessons about Islam in Peshawar, Pakistan. As a senior United Nations official, I arrived in the country within 24 hours of the massive earthquake that struck in October 2005. Pakistan accepted foreign assistance to the degree that many of us were treated as if we were nationals, with few restrictions placed on our movement.

During the relief and reconstruction effort I found myself seconded to the office of the Pakistan Army’s Vice Chief of General Staff (VCGS). I had full range of his office, including plugging my laptop into the local area network of their computer system. Can you imagine any other country giving that degree of access to a foreigner?

It was here in Peshawar, site of the recent massacre of 152 people, including 133 schoolchildren, that the Provincial Relief Commissioner gave me a lesson in religious conservatism. He said:

Hence he planned for no contingency. The people’s fate was in the hands of God.

On return to Islamabad I said to the VCGS:

Sir, it’s like he believes God sent the earthquake.

Belief is negotiable, fact is not. 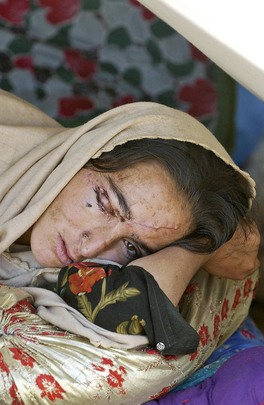 The Provincial Relief Commissioner may have been a conservative cleric, but was not a “radical Muslim”. He had a fundamental belief in God, but he would not strap a suicide vest to a murderer and cause carnage.

The West, in a need to fit everything into Twitter feeds and soundbites, misses a number of nuances. In the West we talk of “moderate” Islam and “radical” Islam, thinking it is that simple. We miss the nuances, including the existence of atheists of Islamic culture, moderate Muslims, conservative Muslims and the small radical Islamic minority who have a huge impact.

If the West recognised that moderate Islam is fighting a war already, wouldn’t it be more sensible to ask: “How does the West support the moderates’ war on radical Islam?”.

Nuance here is important. Wouldn’t the rhetoric be better if it recognised that the West needs to be on the moderates’ side, instead of asking “them”, the moderates, to join “us” the West in “our” crusade for freedom?

So far the West is going backwards. Many more Americans died fighting the war in Afghanistan and Iraq than died on 9/11 – a main reason given for the invasions. For all their blood and treasure spilt and spent, the recently declassified US Senate inquiry found that Islamic fundamentalism is stronger now than on 9/11. Something has gone dreadfully wrong.

One of the reasons for the step backwards is that the West’s actions have provided great motivation and recruiting propaganda for the extremists. One doesn’t need to be a policy specialist to see this.

Remember the V2 bombs that rained down on London in the Second World War? Did these scare the British into submission or did they convince the British to “never surrender”, as Winston Churchill continually said?

What do you think happens in Pakistan when a drone strike hits a wedding, or school? You might kill a terrorist in the crowd, but how many more have you created as they watch a mother, sister or child being killed as “collateral damage”?

If we want to unite moderate Muslims in a team against the radicals, are we doing this sensibly when we protest for a set of cartoons that offend, yet don’t protest for the many thousands more that die in their lands?

Doesn’t this lack of empathy push moderate Muslims into the arms of radical Islam – united in offence to their religion, even while the moderates also condemn the murders?

In the nearly 14 years since 9/11 we have seen massive changes in technology. We have seen the creation of Twitter and YouTube. These are incredible tools for global communication. They are great methods to motivate people to a cause – any cause.

So far the radicals have used these tools to great effect in recruiting from angry communities in Islamic countries and from small but significant populations in France, Australia, the UK and US who are disengaged, excluded and in search of a sense of belonging.

Technology has given a route for extremists to reach the excluded people who are sometimes attracted to charismatic, murdering narcissists who turn lonely sad people into murderers. The West makes that job so much easier by bombing schools or celebrating offensive cartoons.

Unless the West has a fundamental rethink and changes the game, the radicals will win. We, the moderates of all religions, must unite and find a new way to defeat terrorism because the current strategy is simply not working. 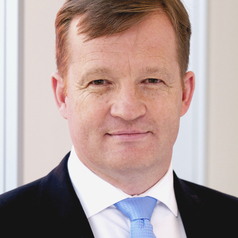