Science wars in the age of Donald Trump 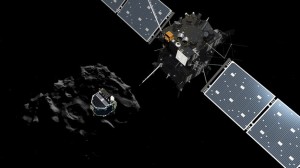 If Brexit signified the end of facts, what does the election of Donald Trump tell us?

Apparently, a new battle in the history of the science wars. But the alleged “end of facts” is the result of a superficial understanding of the deeper crisis in the role of science and expertise.

So this new episode in the science wars represents a distraction from more substantial societal challenges to democracy and the idea of science as “speaking truth to power”.

Reductionist interpretations of this kind may lead scientists and apologists to engage in futile disputes about Trump’s views on science, aggravating an already polarised state of affairs.

In the previous episodes

Bitter discussions reminiscent of old science wars have been lately populating the academic media and the blogosphere, including the discrediting of scientific findings in the high-profile fields of medical research, nutrition, and of the very use of fundamental statistical tools. These conflicts are clearly seen as dangerous for science, and for its societal functions.

The end of facts – or, better, the idea that facts are the result of a process of social construction and deliberation – was a key insight of postmodern philosophers. This position was described by their detractors as relativism.

A worrying consequence of the present condition of the crisis of science is that, in some circles, the blame for the supposedly loss of faith in expert knowledge is put on postmodernist thought itself, thus confusing the diagnosis with the problem.

Even before Trump’s election victory, an article in the journal Scientific American, aptly titled A Plan to Defend against the War on Science, describes the context as a war between science and anti-science, and denounces postmodernists for having undermined science’s claim to objectivity, and for having laid the philosophical foundation for the rise of authoritarianism.

The article argues that “if there is no objective evidence that has ultimate credibility, how is one to settle competing claims of truth, such as those made by Trump?” The implication is a link between anti-science, authoritarianism, and Donald Trump.

The sins of philosophers

Some philosophers announced the end of modernity, intended as the age heralded by Enlightenment, where scientific knowledge was invested with a privileged status previously held only by religion. More than 20 years ago, modernity was described by Stephen Toulmin as Cosmopolis. Toulmin argued that the agenda of modernity is now exhausted, and his reflections on the end of an idea, of a main narrative, help us to understand our present.

Contemporary historian Yuval Noah Harari describes the “now” as the “Age of Trump [where] humans lose their ability to make sense of rapid global change, and the old story collapses and leaves a void”.

We find a similar historical moment in the thoughts of the Italian politician and philosopher Antonio Gramsci, writing while imprisoned by fascist dictator Benito Mussolini in the early 1930s. He described the crisis as precisely “the fact that the old is dying and the new cannot be born; in this interregnum a great variety of morbid symptoms appear.”

Harari urges us to overcome our moment of disillusionment and anger, and to refresh how we think about our present predicament.

Perhaps this is an occasion where philosophers’ warnings are useful and not dangerous: to give them hemlock rather than attention is not conducive to political and intellectual progress.

Is there a war between science and anti-science?

We surely live in an era of increasing inequality and polarisation, where dominant interests bring their power and resources to bear in order to come on top, for example, to defend the interest of the fossil fuel industry.

Still, the Scientific American article, and the reactions to Trump’s election, transform the crisis of science into an American party-political affair: the intellectual left against the ignorant right. Science is thus dragged into the political arena, where critical and legitimate questions (institutional, constitutional and societal) are portrayed as a confrontation between science and anti-science.

A curious illustration of the confusion in science circles is provided by the American Physical Society, which on November 9 congratulated Donald Trump on being elected president, and then retracted the press release, apologising and expressing regret for the offence it caused.

How should we interpret this episode? The flurry of reactions from the house of science seem to betray the fear that the new president will address science with his most famous one-liner: “You’re fired!”.

Climate, with its knot of uncertain facts, conflicting values and high stakes, is the most conspicuous battlefield where we are asked to take sides by the warring factions, with no prisoners taken.

We should ask ourselves if the crisis is only a matter of which view is more scientifically sound or politically correct, in an array of controversial issues, such as climate, GMOs, pollinators and pesticides or shale-gas and fracking. This interpretation would, after all, be a reassuring perspective, but there are more fundamental challenges at stake. In particular, the call to scientists to man the barricades and to defend their contested method, raises the spectre of a new battle in the science wars.

Between the 1980s and 1990s, humanities and the natural sciences fought over matters of quality, prestige and moral authority. Natural scientists resented being investigated as a strange new species by self-styled anthropologists, and disliked the postmodern critique of the claimed objectivity and value neutrality of science.

The conflict reached a climax when a hoax paper was accepted by a cultural studies journal in 1996. Written by physicist Alan Sokal, the article was supposed to prove that social scientists had no control on the quality of their production. The implicit point was that such an occurrence would be impossible in the exact sciences with their communal process of peer review.

Today, the debate on science’s lost quality would cast doubts on this simple conclusion.

Nothing good came out of the science wars, only a lasting diffidence between ex-warriors; a bad name for postmodernism in natural sciences circles; and a growing disdain for a Cartesian worldview in scholars of the humanities.

The election of Donald Trump illustrates the hazards encountered when scientists and scientific institutions alienate themselves from historic global changes. Against this background, the pretence that there is no crisis, or bickering over the exact fraction of non-reproducible results or wasted resources, appears pointless.

This alone would be a good reason not to restart a useless war.