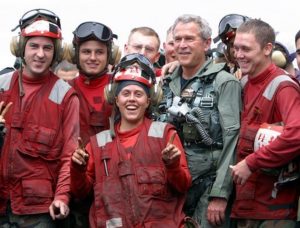 Recent articles about the public relations firm Bell Pottinger are a stark reminder of the power and pervasiveness of PR in today’s fragmented media landscape.

The Sunday Times and the Bureau of Investigative Journalism revealed that Bell Pottinger was hired by the Pentagon in Washington to coordinate a covert propaganda campaign to boost America’s profile in Iraq following the “end” of hostilities in 2003.

And, earlier this year, South Africa’s Business Day newspaper revealed that the firm had been retained by the scandal-hit billionaire Gupta family to burnish its image after a string of stories accusing it of “state capture” – allegedly using its influence with the president, Jacob Zuma, to advance the family’s business interests.

Bell Pottinger’s former chairman Lord Tim Bell confirmed to the Sunday Times that the firm had been paid US$540m for five contracts with the US government between 2007 and 2011. He said the firm reported to the Pentagon, the CIA and the National Security Council while working on the account. The investigation, “Fake News and False Flags” relied on interviews with a former Bell Pottinger employee, Martin Wells, who claimed that the PR company created short TV reports in the style of Arabic news networks for broadast in Iraq. According to Wells, Bell Pottinger also scripted propagandistic soap operas and distributed fake insurgency videos which could be used to track the people who watched them.

The revelations were a classic example of investigative journalism: painstakingly poring over US Army documents and federal government records as well as Bell Pottinger’s corporate filings. It must be stressed that Bell Pottinger changed ownership after a management buyout in 2012 and that the Iraq unit closed in 2011. The investigation reported that key personnel who worked in the Iraq unit denied allegations about using tracking software.

Lord Bell won acclaim as the man who helped the Conservatives win general elections under Margaret Thatcher – he became known as Thatcher’s PR “guru” – which helped him secure a knighthood in 1991. Though it’s worth pointing out he was made a life peer by Tony Blair in 1998. His former firm has history with the Bureau of Investigative Journalism. In 2011, while he was still in charge, an investigation revealed the continuing close links between the firm and the Conservative Party.

“Fake News and False Flags” is the latest indication of how nation states use PR firms for their propaganda purposes during wartime or times of crisis. Perhaps the most famous example of this practice occurred around the time of the first Gulf war in 1990-91 when Citizens for a Free Kuwait – a “human rights agency” created and financed entirely by Kuwait’s ruling elite to promote its interests in the US – retained Hill & Knowlton, at that time the world’s largest PR firm.

Saddam Hussein’s Iraq had invaded Kuwait, and H&K’s brief was to persuade US citizens that American military involvement in the Gulf was vital to save a fledgling democracy from the hands of a brutal dictator. As John Stauber and Sheldon Rampton point out in their book Toxic Sludge Is Good For You – Lies, Damn Lies and the Public Relations Industry, H&K produced dozens of video news releases for consumption by the US media, and – through them – the American public. As they wrote, “TV stations and networks simply fed the carefully crafted propaganda to unwitting viewers, who assumed they were watching ‘real’ journalism.”

But by far the greatest public relations coup occurred when Nayirah, a 15-year-old Kuwaiti girl, appeared before a public hearing of Congress’s Human Rights Caucus on October 10, 1990. She tearfully told of atrocities committed by Iraqi troops who had entered a Kuwaiti hospital with guns and took babies out of incubators leaving them to die “on the cold floor”.

In the run up to war, then president George HW Bush quoted Nayirah’s testimony repeatedly. As Mitchel Cohen wrote years later, six times in one month the then president referred to “… 312 premature babies at Kuwait City’s maternity hospital who died after Iraqi soldiers stole their incubators and left the infants on the floor.”

Bush senior invoked Hitler, while pro-war senators raised the ghosts of World War I by referencing “bayoneting babies”. But there were elements of this story that later came into question. Nayirah was a member of the Kuwaiti royal family who had – it was repeatedly alleged – been coached in what “even the Kuwaitis’ own investigators later confirmed was false testimony”.

Working with the dark side

The scale and power of the public relations industry is becoming almost overwhelming for journalism. According to the Public Relations and Communications Association the PR industry is worth £12.9 billion in the UK, £3 billion more than in 2013. The PR census of 2016 also disclosed that there were 83,000 employees in the industry in the UK – up from 62,000 in 2013. This is important because, as media commentator Roy Greenslade illustrates, the findings confirm that there are far more PR workers than journalists in Britain.

This is alarming because it means PR firms will become ever more adept at manipulating an increasingly under-powered media to ensure their content appears. Fewer and fewer journalists have the time or opportunity to research their own stories or to check press releases for inaccuracies.

I have written here about how useless it is to simply reject PR as the “dark arts” when its presence in modern journalism is so complete and involved. There has to be a working relationship – and the obvious and only way forward for journalism is to attempt to set the parameters of the relationship, though as is clear, that is increasingly becoming more difficult.

Thank goodness, then, for the Sunday Times, the Bureau of Investigative Journalism and others like them for the work they continue to do.

John Jewell is Director of Undergraduate Studies, School of Journalism, Media and Cultural Studies, at Cardiff University. This article was originally published on The Conversation. Read the original article.