Nature needs a seat at the UN 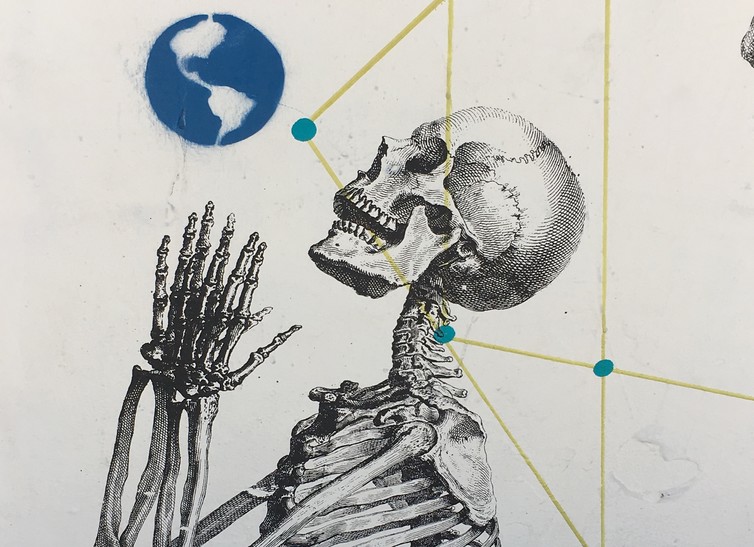 Whether we consider wild weather, unprecedented Arctic melting and global temperatures, or the Great Barrier Reef, the global environment is generating alarming news. Predictions of multi-metre sea level rises, the collapse of marine biodiversity and food chains, and global warming far beyond 2℃ are equally concerning. Is our system of global environmental law and governance adequate to this crisis?

Our short answer is “no”, but what should be done? We believe new international institutions and laws are needed, with one fundamental purpose: to give a voice to ecosystems and non-human forms of life.

We say this knowing that the current global system is inadequate to respond to many human crises, but with the conviction that environmental justice often overlaps with social justice.

It is tempting to believe that we can muddle through with the existing system, centred on the United Nations’ Framework Convention on Climate Change and Convention on Biological Diversity. But these are not integrated with each other, and are also kept separate from global economic and trade institutions like the World Trade Organisation, the G20 and the World Bank, and from global security institutions like the UN Security Council. The latter has never passed a resolution about the environment, despite growing warnings from military strategists of the potential for climate-catalysed conflict.

Global trade and security are each governed by global agencies. But there is no comparable global authority to protect the environment.

The climate agreement negotiated at last year’s Paris summit was a great diplomatic achievement, but the euphoria was premature. Current national pledges to cut emissions will fail to keep global warming below 2℃, let alone the 1.5℃ that climate scientists and many nations in Paris have argued is the safer limit.

We and our colleagues have published a “Planet Politics” manifesto, which argues that the current architecture of international society is failing to see and address the global ecological crisis. Our global governance is too focused on interstate bargaining and human interests, and sees the environment as an inert backdrop and resource for human societies. Yet the reality is that the fates of society and nature are inextricably bound together – and the planet is letting us know that.

In response, we propose three key international reforms: a coal convention, an Earth system council, and a new category of “crimes against biodiversity”.

Every year toxic air pollution from coal burning causes death and disease. Coal is responsible for 43% of global greenhouse emissions and 80% of the increase in atmospheric carbon dioxide concentration since 1870.

We already have UN treaties banning the use of chemical and biological weapons, on the basis of their threats to human health and security. Based on the same principles, we suggest a similar international convention to outlaw the mining and burning of coal.

This would create a common legal framework in which states can transform their energy economies without fear of “free riders”. It would also add to the pressure already being felt by the coal and energy industries to curb their damaging pollution.

An Earth system council would function much like the UN Security Council – it would, in effect, be an “ecological security council”.

Its mandate would be to preserve, protect and repair global ecosystems. It would respond to immediate crises while also stimulating action on systemic environmental degradation and ecosystem repair. Its resolutions would be binding on all UN member states, although we do not envisage that it would have the same coercive powers (such as sanctions). The council would be able to refer issues to the International Court of Justice, or create ad hoc international criminal tribunals relating to major environmental crimes.

This is significant reform that would require the revision of the UN Charter, but our proposals for membership go even further. Every meeting would be briefed by the head of the UN Environment Program and by Earth system scientists or ecologists.

We suggest it could have 25 voting seats, 13 of which would go to state representatives elected for fixed terms, allocated among the major world regions. The other 12 would be permanent seats held by “eco-regions”: major ecosystems that bind together large human and non-human communities and are crucial to the planetary biosphere, such as the Arctic and Antarctic, the Pacific and Indian Oceans, the Amazon Basin, tropical Africa, or major river systems like the Mekong and Congo. Alternatively, following WWF’s Global 200, eco-regions could be based on major habitat types.

Each eco-region would be represented by a democratic assembly and have a constitution focused solely on the preservation and repair of its ecology. It would appoint a representative to the Earth system council and have the power to make recommendations for ecosystem protection to regional governments. Each state with territory that overlaps that eco-region would have one seat. Other seats would be elected democratically from communities (especially indigenous peoples) within those regions.

A “crimes against biodiversity” law would act like a Rome Statute for the environment. It could add much-needed teeth to efforts to preserve global biodiversity and prevent large-scale environmental harms. Ecological damage should be criminalised, not just penalised with fines or lawsuits.

We envisage that this law would outlaw and punish three kinds of activity:

It would not criminalise the farming of animals or the catching of fish, but could apply if these practices involve the mistreatment of animals or large-scale collateral damage to biodiversity – for instance, by overly extractive fishing methods. Such global-level regulation will augment enforcement at local levels.

Unlike international laws that punish genocide, our suggested law would not require proof of intent to commit the crime, but merely a strong link between the activity and the destruction of biodiversity or industrial and systemic harm to animals. There are potential legal precedents in the US legal doctrine of “depraved heart murder” in which individuals are liable for deaths caused by wilful indifference, rather than an express desire to harm.

It is easy to see how this kind of legal reasoning could be used to help deter dangerous industrial, mining or agricultural activities.

Now, as we become ever more aware of the complex enmeshment of human and non-human life in the planetary biosphere, the human-caused extinction of species is likewise an attack on our common ecological existence. It is time for this truth to be recognised in international law.

We are aware that these are radical ideas that raise significant political and legal complexities, but the time to start debating them is now. Planet Earth needs unprecedented politics for these unprecedented times.

Anthony Burke is an Associate Professor of International & Political Studies, UNSW Australia.  Stefanie Fishel is an Assistant Professor, University of Alabama This article was originally published on The Conversation. Read the original article.