In 2010 Jack Lohman wrapped up his chairmanship of the International Council of Museums with this address. It was delivered to museum professionals at the National Museum in Wales, but it is relevant to anyone who knows, as he writes, that cultural institutions like museums “play a crucial role in reflecting our understanding of the world in which we live, move and have our being as well as the values and norms which influence our increasingly cosmopolitan and multicultural societies.” This essay is excerpted by F&O, with permission, from Lohman’s recent book: Museums at the Crossroads? Essays on Cultural Institutions in a Time of Change.

On November 12, 1936, Winston Churchill addressed the House of Commons and in a famous speech warned the British people of the inevitability of war with Germany. He admonished the political leadership of the day in these words:

“They go on in strange paradox, decided only to be undecided, resolved to be irresolute, adamant for drift, solid for fluidity, all- powerful to be impotent…. Owing to past neglect, in the face of the plainest warnings, we have entered upon a period of danger. The era of procrastination, of half measures, of soothing and baffling expedience of delays, is coming to its close. In its place we are entering a period of consequences…. We cannot avoid this period, we are in it now…. I have been staggered by the failure of the House of Commons to react effectively against those dangers. That, I am bound to say, I never expected. I never would have believed that we should have been allowed to go on getting into this plight, month by month and year by year, and that even the government’s own confessions of error would have produced no concentration of parliamentary opin- ion and force capable of lifting our efforts to the level of emergency.”

I was appointed director of the Museum of London and chair of International Council of Museums (ICOM) UK in 2002. These appointments were somewhat overshadowed by events reverberating around the world during this period. It was post-9/11. The drums of yet another war were beating. The internet bubble was bursting and global stock markets were in crisis.

I wonder if Churchill would have seen the coming of those events, had he been around. There were more than enough indications that the American hegemony and the hypergrowth of the world economy could and would not remain unchecked. But not many world leaders paid any attention to the warnings of those who did see the impending danger. As Churchill had said of members of the Commons: “They go on in strange paradox, decided only to be undecided, resolved to be irresolute, adamant for drift, solid for fluidity, all-powerful to be impotent.”

Six years on and the global financial system is in a state of breakdown and disastrous collapse. Governments around the world in once buoyant economies have rushed to bail out the institutions that control national economies in a bid to support the unpredictable and fragile global financial market.

How did Churchill’s Britain fail to see what was coming? And how is it, that with all our technology, our access to information and prodigious knowledge, we failed to heed the signs of our own times and now find our- selves facing a series of crises of such magnitude – economic, environmental, social – that some have described as “the making of the perfect storm”?

This question concerning our almost universal predisposition not to see the obvious has many answers: short-sightedness, naivety, poor leadership – the list goes on. Max Neeff, the Chilean philosopher, not flippantly, ascribes it to mankind’s stupidity – a quality as real and influential as our intelligence.

We have entered another Churchillian “period of danger,” but one of an unprecedented nature. We live in an age of profound cultural transition, a time in which the complexity of our multicultural world confronts us with challenges that have taken on an urgency and intensity quite unlike anything we have experienced in history. It is a time when hardly any of our public institutions are free from having to undergo deep soul-searching as to their meaning and their role.

I have expressed this sentiment on a number of occasions over the past six years – at the Museum of London, in my work with the United Nations Educational, Scientific and Cultural Organization (UNESCO) and in my role as providing leadership to the International Council of Museums UK. The more I say it, the more I appreciate its significance. I have used it to argue for a deeper comprehension of and commitment to the issue of cultural diversity in our cultural heritage institutions. I have also used it to argue for greater appreciation of the vital (life-giving) benefits of partnerships and collaboration between national and international cultural institutions.

But mine is not a unique sentiment. Other voices across a wide range of institutions can be heard expressing the same sensing of a profound emerging historical reality. Cultural institutions around the world have been left wondering … what will become of some of their largest financing sources as the global economic crisis unfolds.

Western museums, once relatively secure from the vagaries of political and economic turbulence, are now as affected as any institution by the shifts in both nation and world as a result of increased mobility of people, objects, knowledge and capital, new technologies of communication, and transnational forms of governance. These are aspects of globalization germane to museum developments.

We may not know what the impact of the financial meltdown and subsequent slowdown of the economy will have on cultural institutions until much later … but there is bound to be a re-evaluation of contributions and donations by both individuals and governments. The impact upon memberships and visitors and the future of collections as means of raising capital awaits analysis. Museums in developed nations may become more like our developing nation counterparts where they are prone to be perceived as a distraction in the face of other scarce essential resources.

There has been a profound shift in the way museums understand themselves and the way they are perceived in the 21st century. The typically Western concept of collecting, conserving and presenting objects in a museum has experienced radical social and political changes during the past half century has led to a transformation of the concept of the nature, intention and role of museums. In non-Western countries the emergence of new audiences and of museum networks are breathing fresh life into our industry and challenge our Western notions of what we are and should be in a world of increasing interconnectivity and interdependence.

Museums play a crucial role in reflecting our understanding of the world in which we live, move and have our being as well as the values and norms which influence our increasingly cosmopolitan and multicultural societies.

Museums play a crucial role in reflecting our understanding of the world in which we live, move and have our being as well as the values and norms which influence our increasingly cosmopolitan and multicultural societies. The future of museums in playing this critical role of grappling with unfolding history could be severely compromised by these current events. At the very time when museums worldwide are playing an elevated role in the formation of cultural identity and are receiving increased public interest and participation, they are under threat by major global economic downturn. All our old insecurities and crises of identity begin to resurface and the hard-won lessons of our recent past are in danger of being jettisoned as we struggle to ensure our individual survival.

ICOM was formed to ensure that we museum professionals remain committed to “the conservation, continuation and communication to society of the world’s natural and cultural heritage, present and future, tangible and intangible.” (1) If it is to do so under the present circumstances, circumstances which in all probability will not quickly disappear, then we who make up this organization will need to make a Churchillian assessment of the present and future. Such assessment must be done together and with urgency. We cannot watch from the sidelines and wait for events to unfold. We will have to increase and accelerate our partnership work. As single institutions, our chances of overcoming these challenges are slim indeed. Collectively, in partnerships of mutual collaboration we can meet our mutual responsibility to fulfil our role in society.

The old notions and sentiments of empire and nation no longer provide the energy for a world of interconnectedness and mutual codependence. Museums attempt to display the world to the world. The world in which we live is increasingly a world in which the idea of the global commons is as pertinent to culture as it is to place. Our human destiny is a common one. Our diversity is a communal asset. The irony of Churchill’s world was that it took the extreme circumstances of a world war to begin to shape the notion of a united Europe. It is the irony of our own time that the crisis in the global economy may well be the impetus for the realization of the benefits of collaboration and partnerships in the museum community, nationally and transnationally.

Will history record that this was the beginning of the end for cultural institutions?

When the events following the global financial meltdown of 2008 are recorded and presented to future generations, I wonder whether any mention will be made of what museum professionals did. Will history record that this was the beginning of the end for cultural institutions? Was this yet another time of “strange paradox,” of indecision, lack of resolve, drift and fluidity, impotence and neglect in the face of the plainest warnings? Will ours also be “the era of procrastination, of half measures, of soothing and baffling expedience of delays” or will we museum professionals seize the opportunity to recommit ourselves to ensuring the custodianship of the natural and cultural heritage of the people of the world. If we are to do so, we will need to take some very courageous steps out of the sanctuaries of our jealously guarded institutions.

The intensifying tensions and conflicts between cultures and world views that have been the hallmarks of international relationships particularly over the past decade, must be ameliorated and indeed countered by our heritage institutions modelled upon global cooperation, honouring of diversity, respect for cultural identity and cultural rights. To put it crudely, the opportunity exists for us not merely to record the past but model the future.

Today, as a result of extraordinary technology in communications, we are overloaded with knowledge of how things are, particularly how bad they are. We are burdened by bad news of conflict, disaster, poor leadership, failing economies…. The list is endless and the scale is global. This is part of the historical legacy we will leave for our children’s children. We cannot rewrite what we have written. But we can add a critical footnote that has the power to shape the future …. the desire for positive change and the power of hope are not idealistic dreams. History can be made when, in a crisis and in the face of danger, people are prepared to break with the past, to do the untried, to test the unknown, to be resolute and decisive, to seek the way of global collaboration and international partnerships. 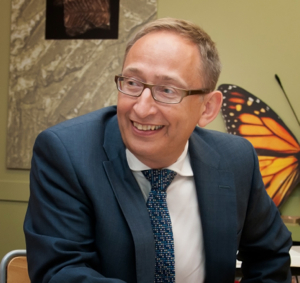 Republished on F&O with permission from Museums at the Crossroads? Essays on Cultural Institutions in a Time of Change, by Jack Lohman, published by the Royal BC Museum, 2013.

Notes:
1. See the ICOM website: http://icom.museum.
For more information on this and other Royal BC Museum books, go to http://royalbcmuseum.bc.ca/publications/

Sign up here for emailed notices of new F&O works, and please buy a $1 day pass or subscription to support our site’s independent journalism.