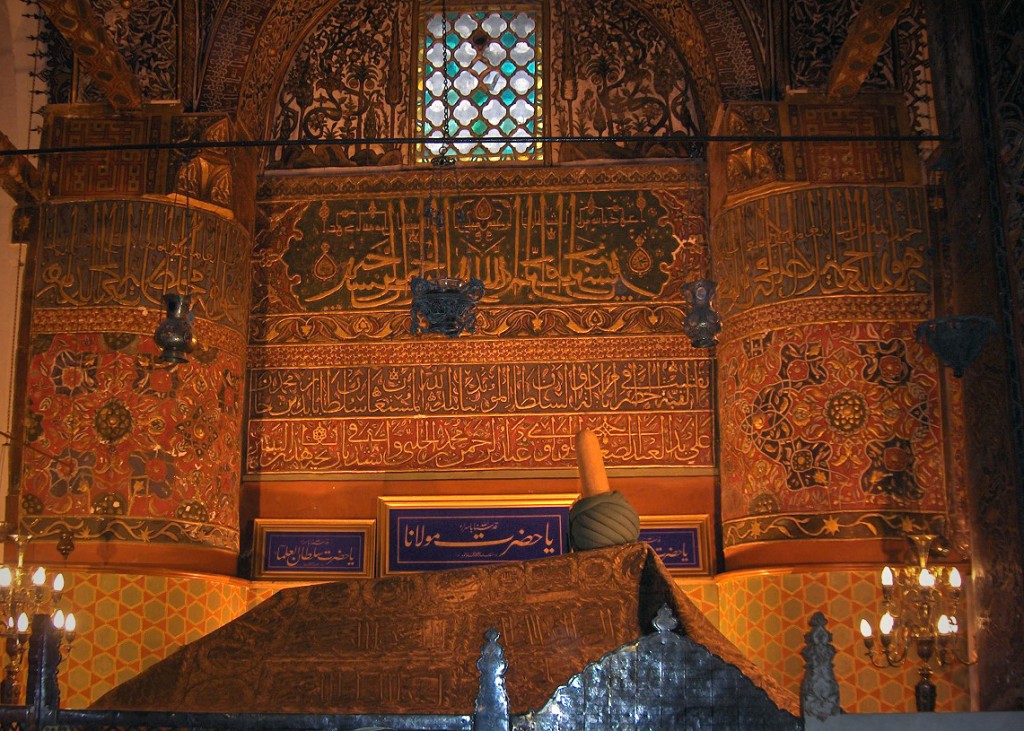 “It might be shocking for many to look back at the words of 13th-century Muslim scholar Jalal ad-Din al-Rumi, who had a strong theological and jurisprudential background,” writes Ali Mamouri. “He said: “Go on! Drink the wine of the Beloved! In that faith, Muslims and pagans are one.” Above, Rumi’s tomb in Konya, Turkey. Photo by Georges Jansoone via Wikipedia, Creative Commons

From the fatwa on author Salman Rushdie to the attack on the offices of French magazine Charlie Hebdo, the phenomenon of anti-blasphemy actions continues to be prominent in the Muslim world.

At first glance, the problem appears to be quite simple. For many years, there has been much talk about the conflicts between blasphemy and free speech within Islam. Some go further and argue about the “intrinsic hostility between two civilisations: Islam and Europe”, as the philosopher Talal Asad puts it.

It is quite easy to say that Islam suffers from a lack of tolerance and that Muslims are anti-freedom, anti-democracy, pro-despotism and pro-fanaticism. However, this generalisation ignores not only the number of branches of Islam and diversity of views among Muslims, but also the sociopolitical foundation of the problem.

Asad highlighted the big difference between the notion of talking against the religion in Christianity and Islam. It is difficult to find a specific idea rooted in the Christian historical background of blasphemy in the history of Islam.

However, there are a variety of equivalents that each overlaps a part of blasphemy. The most commonly used phrase by Muslims today is “isā’ah”, which has a range of meanings, including “insult, harm and offence”. But this term is not associated with a certain jurisprudential punishment in a way that makes all Muslims feel obliged to attack the actors.

Therefore, many writers throughout different parts of Islamic history have criticised Islamic belief, including the prophet Muhammad and the Quran, without facing persecution. A quick look at the books about sects and creeds in Islam shows a great variety of discussions and debates between Muslims and non-Muslims about the essential parts of Islam. Many include sarcastic language.

For instance, when defending his non-belief in religions, renowned Arab philosopher Abul al-Ala al-Ma’arri said, “If you ask my religion I would say I am not dumb.”

Ibn al-Rawandi also dedicated sections of his books to countering the Quran in Baghdad. Furthermore, in the contemporary era, Iraqi writer and poet Maarouf al-Rasafi disputed the religious aspect of the prophet Muhammad’s life in his book The Muhamadiyan Personality.

The reality is that the persecution of blasphemers as it is done currently is a very recent phenomenon. Generally, one could say that the Rushdie fatwa was the beginning of this trend.

The founders of Political Islam are known as the innovators of this trend. That is why we can see many secular scholars, writers and poets at the start of the 20th century writing against Islam in many different dimensions, such as Zaki Naguib Mahmoud, who is known for advocating positivist philosophy in the Arab world, and Najib Mahfouz, who won the 1988 Nobel Prize for Literature.

The notion of religious actions is more problematic than is popularly supposed. It is not merely a divine spiritual matter which is separated from social political actors. Rather, it is nested within and shaped by other human dimensions.

As a result, the sociopolitical background can change any religion – to be more tolerant or more fanatical, for example. Sociologist Bryan S. Turner describes this situation in Christian society, “Given the growth of parliamentary institutions, welfare legislation and commitment to egalitarian ideology, it is small wonder that contemporary Christians cannot accept a description of God as an autocrat. Jesus, once our lord and master, has become Superstar.”

This process took a long time in western societies to become today’s accepted nature of great tolerance and co-existence. The west paid the price through centuries of religious, sectarian and political wars.

Meanwhile, the status of the Muslim world has declined continuously in the contemporary period. This is due to various reasons, including ongoing political instability, the failure to build a state of institutions and a real civil society and destructive imperialist interventions.

Western colonial powers handed the Middle East to a series of tyrannical governments. Failed attempts at building a nation-state have led to the rise of Chauvinism and military regimes which mostly have been supported by the great western powers.

The recent popular revolutions have resulted in the rise of criminal Salafi gangs. Many were supported by the west for different reasons, such as confronting the Soviet Union in al-Qaeda’s case, or anti-Israel regimes in Islamic State’s case.

It might be shocking for many to look back at the words of 13th-century Muslim scholar Jalal ad-Din al-Rumi, who had a strong theological and jurisprudential background. He said: “Go on! Drink the wine of the Beloved! In that faith, Muslims and pagans are one.”

One can see pluralistic thoughts, such as the aforementioned works of many Muslim scholars in the past, which have been influencing Muslim societies widely.

A long distance has passed to see Islamic State’s Abu Bakr al-Baghdadi in place of al-Rumi, but this underscores the argument that mainstream Muslims remain against the barbaric actions of fundamentalists. It must not be forgotten that many Muslims are suppressed in their countries for the same reasons that Charlie Hebdo was attacked.

Let’s help Muslims to represent “a more authentic image of Islam, as so many of them desire, reiterating that Islam is a religion of peace, compatible with respect for human rights and peaceful co-existence”, as Pope Francis said in a recent phone call with Iraqi Christians. 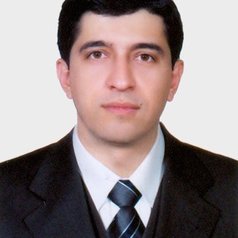 Ali Mamouri is a PhD Candidate at the Institute for Social Justice at Australian Catholic University.   A researcher and writer in the Middle East religious and cultural crises, particularly Iraq and Iran, he raduated from PhD study in Islamic Philosophy & Theology in 2008 and Master in Islamic Philosophy in 2000. He is a columnist at Al-Monitor, writes for Iraq and Iran pulses, and focuses on religious and cultural issues.

He  does not work for, consult to, own shares in or receive funding from any company or organisation that would benefit from this article, and has no relevant affiliations.

You can read his bio on his page at The Conversation.

Help sustain our independent, non-partisan and professional journalism by buying a $1 day pass or subscription to Facts and Opinions. A boutique for select reporting and analysis, without borders, our journal is employee-owned, carries no advertising, and funded only by readers. Click here to purchase a $1 day pass or subscription, from $2.95/month to $19.95/year. Receive free blog emails via the form on FRONTLINES. Please tell others about us.