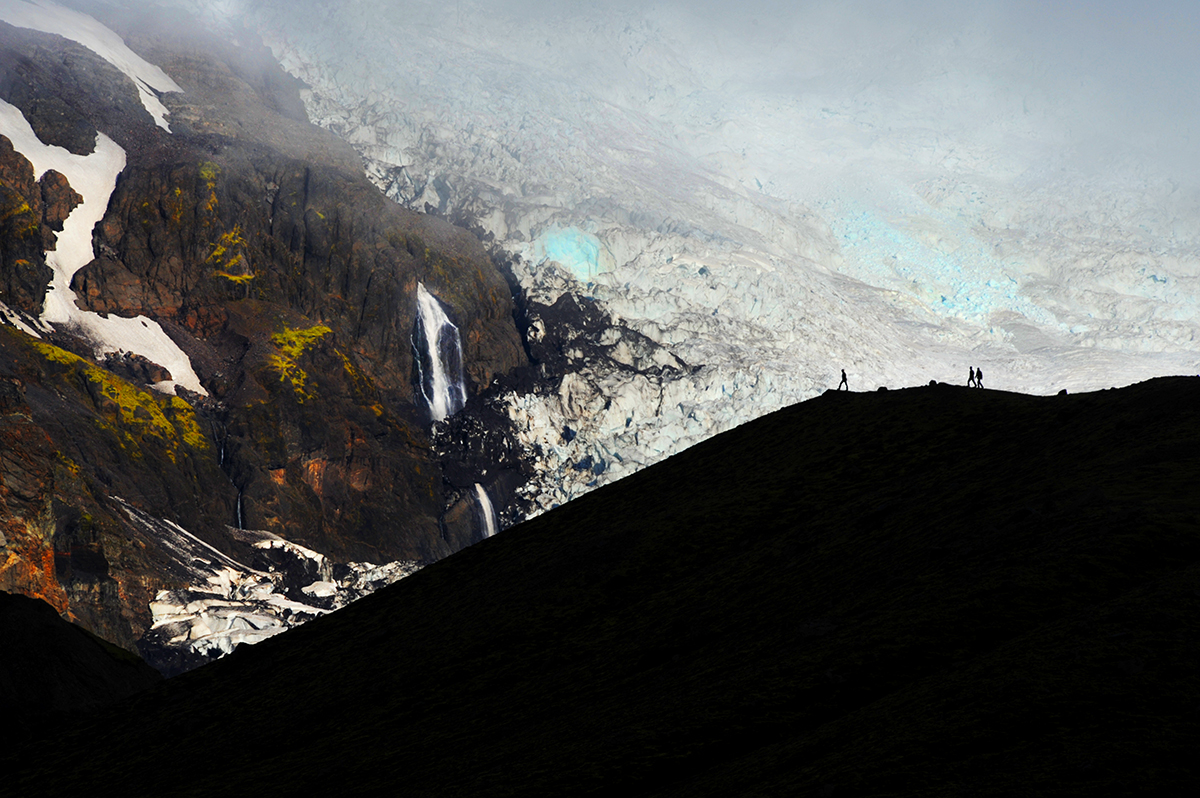 The world needs a new narrative—a positive story about new opportunities for humanity to thrive on our beautiful planet by using ingenuity, core values, and humanism to become wise stewards of nature and the entire planet. The dominant narrative until now has been about infinite material growth on a finite planet, assuming that Earth and nature have an endless capacity to take abuse without punching back. That narrative held up as long as we inhabited a relatively small world on a relatively big planet—one in which Earth kept forgiving all the insults we threw at her. But that is no longer the case. We left that era 25 years ago. Today we inhabit a big world on a small planet—one so saturated with environmental pressures that it has started to submit its first invoices to the world economy: the rising costs of extreme weather events and the volatility of world food and resource costs.

Their partnership started with the 2009 failure of the Copenhagen summit, when Rockström, director of the Stockholm Resilience Center, and Klum, a photographer and filmmaker,  stood talking, stunned, in the vacated convention centre. Separately, their urgent messages had failed to reach world leaders. This work came of their realization:

The best case for a new relationship with nature would be one that bridged the gap between science and the arts, the rational and the emotional, in the service of change. The knowledge and technology existed, we both believed, to solve the world’s many problems, and the future was full of opportunity as well as of danger.

F&O republishes, with their permission, the photographs and points in their Ten Key Messages from Big World, Small Planet, published by Yale University Press.

The numbers are overwhelming. The planet’s under unprecedented pressure. Too many forests cut down. Too many fish pulled from the sea. Too many species gone extinct. Earth’s being battered by humanity—and it’s coming from every direction. Greenhouse gases. Ocean acidification. Chemical pol- lution. It has all reached a point where our future is at risk. For the first time in human history, we may have pushed the planet too far. 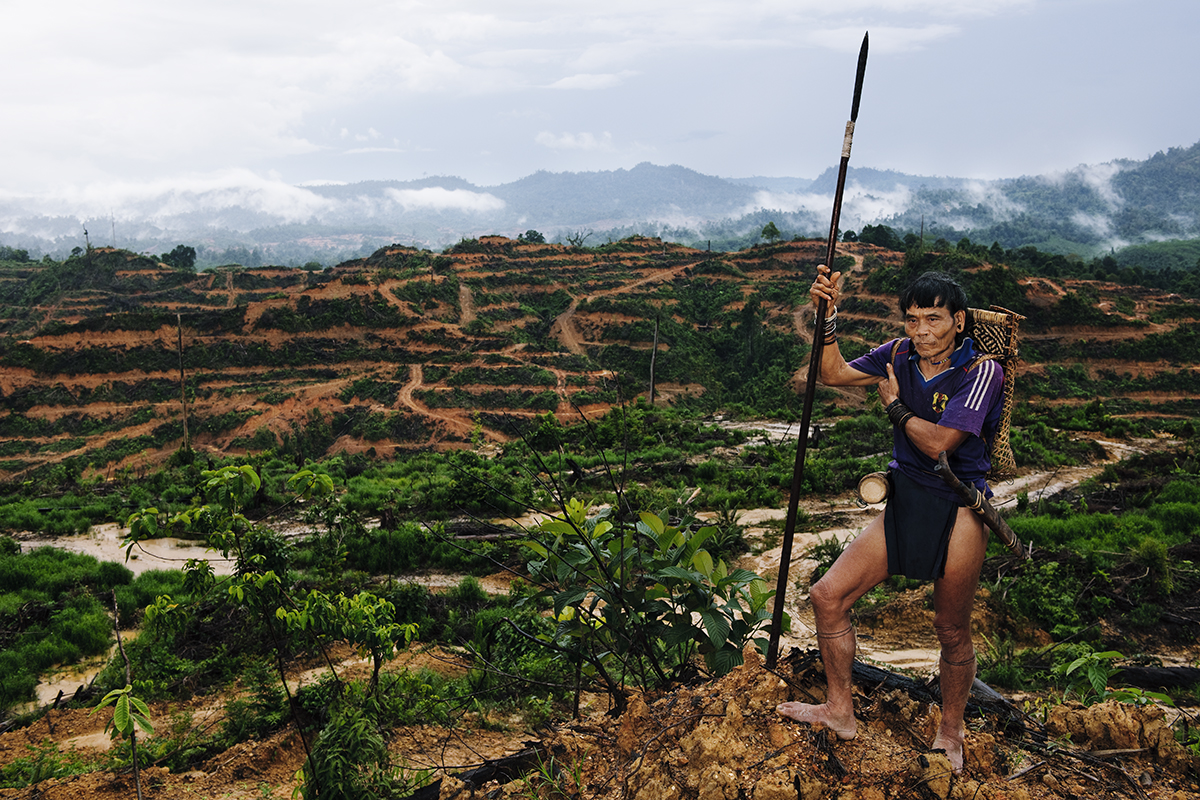 THE CRISIS IS GLOBAL AND URGENT

It’s happened so fast. In just two generations, humanity has overwhelmed Earth’s capacity to continue supporting our world in a stable way. We’ve gone from being a small world on a big planet to a big world on a small planet. Now Earth is responding with environmental shocks to the global economy. This is a great turning point. Our home is changing, and our future depends on what we do next. 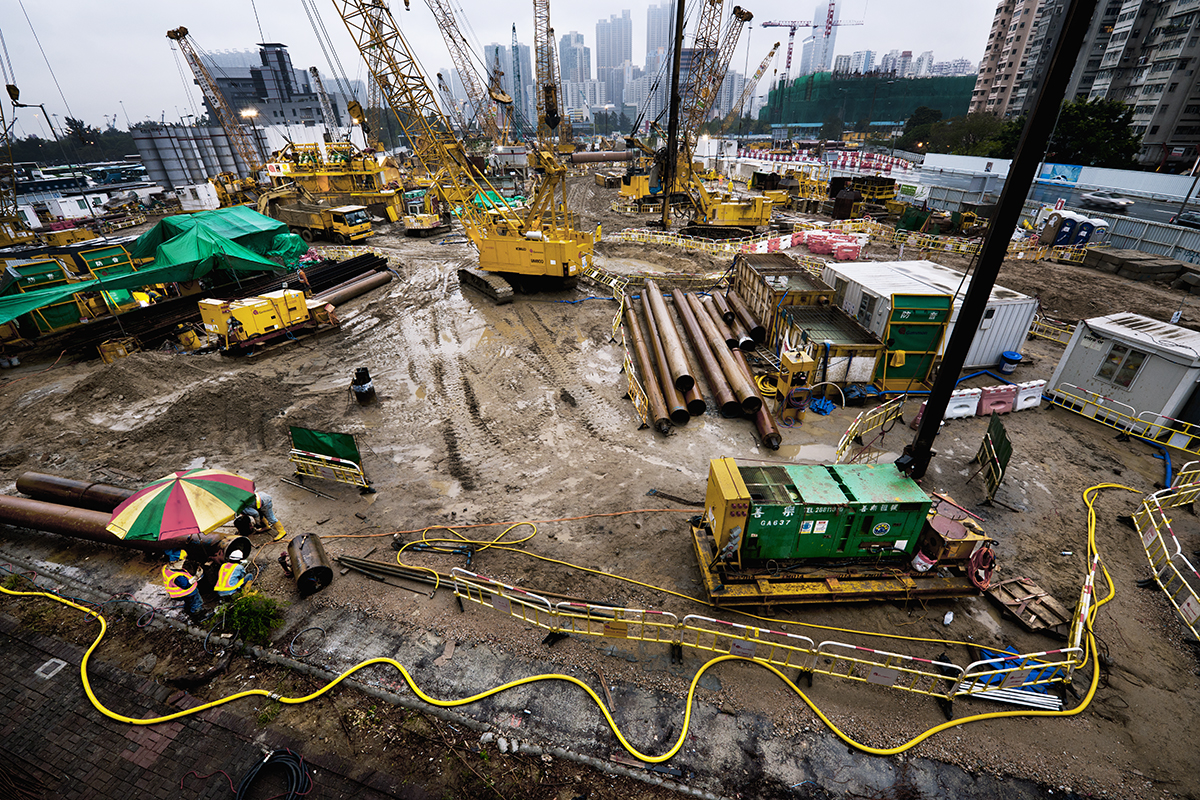 Construction projects like this one in Hong Kong are part of a boom in economic growth and population. Two thirds of the cities needed by 2030 have not yet been built. Photo copyright Mattias Klum 2015

In a shrinking world, seemingly unrelated events can be links in the same chain of cause and effect. Nature, politics, and the economy are now interconnected. How a worker commutes in Stockholm affects the farmer in Ecuador. The web of life is fully connected, encompassing all of the planet’s ecosystems, and every link of the chain matters. 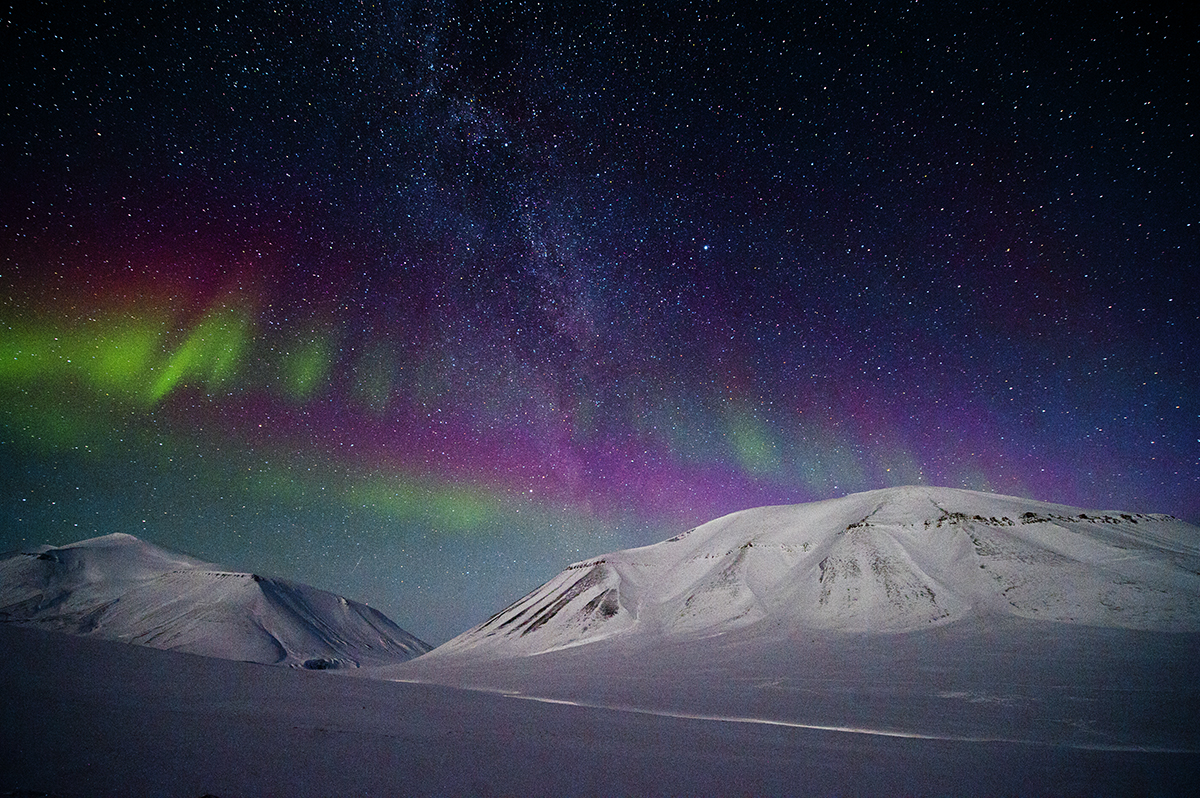 The aurora borealis plays across the sky over Svalbard, an Arctic archipelago. By reflecting sunlight back into space, the white surface of Arctic ice helps to cool the planet. Photo copyright Mattias Klum 2015

As Earth changes, we can expect surprises. The forces driving planetary change are complex and likely to create sudden, unexpected problems. In the past, we could assume that the big systems we relied on—from political to ecological— were stable and predictable. Increasingly today, and most certainly in the future, the only constant will be change. Surprise is the new normal. 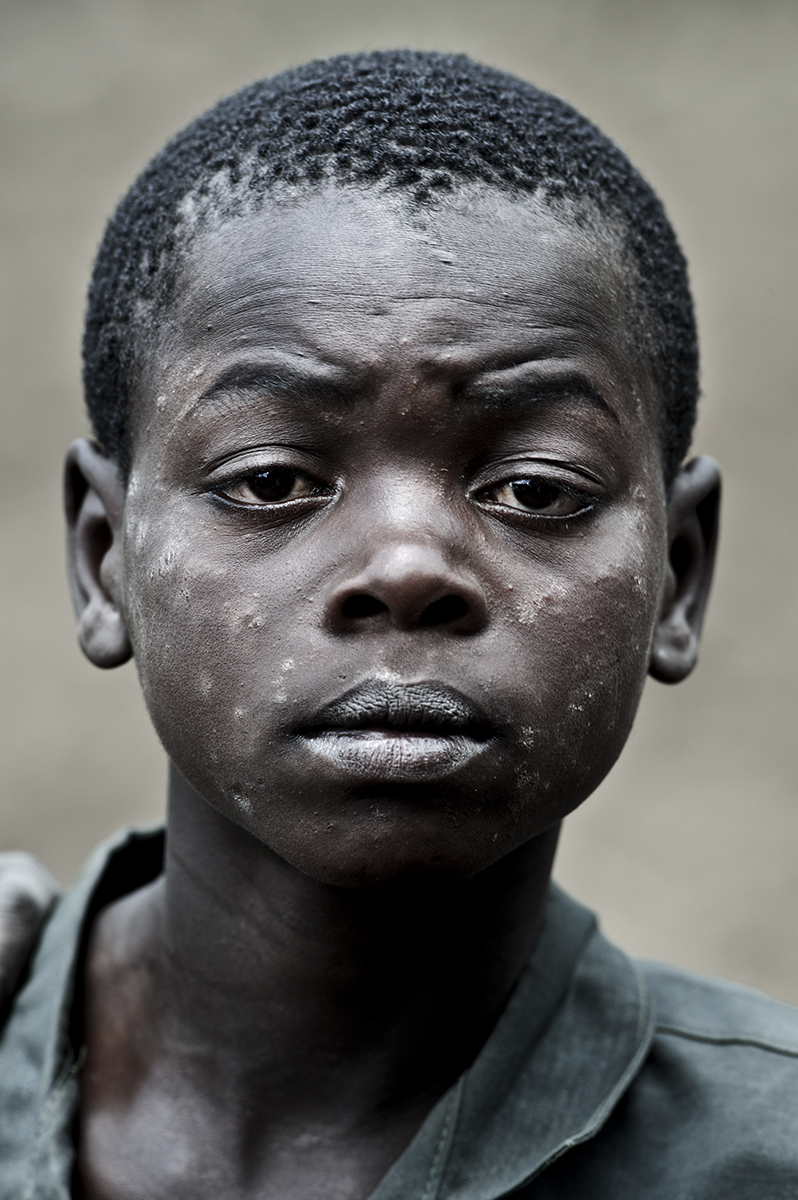 Robert, a boy from Nyungwe, Rwanda, will grow up at a time when protection of ecosystems and human progress will prove equally important. Photo copyright Mattias Klum 2015

As many scientists have warned, nothing is more important than to avoid triggering disastrous tipping points in Earth’s fundamental processes. Fortu- nately, we now have enough knowledge and data to define planetary boundaries which, if transgressed, could lead to catastrophic problems. If we respect those boundaries, we can follow a safe path to unlimited opportunities into the future. 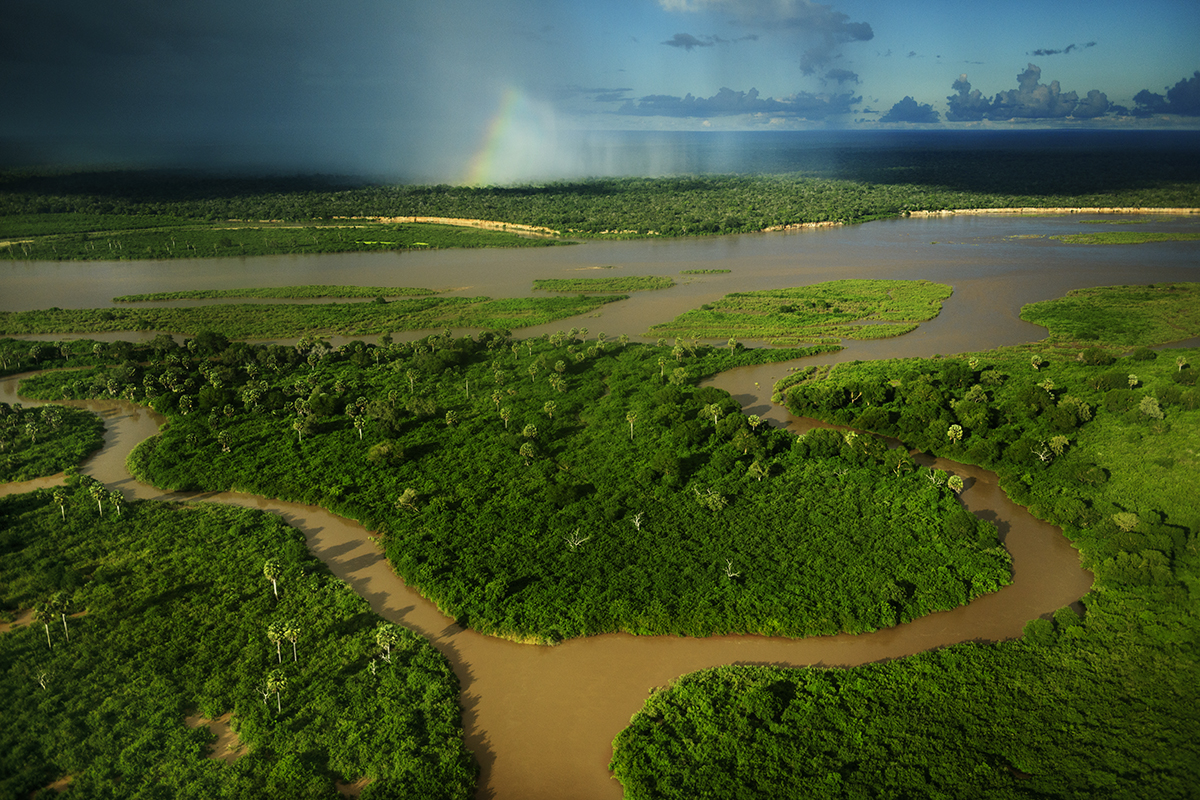 The rich biodiversity of the Selous Game Reserve in Tanzania is critical for landscape resilience, which contributes to the stability of the Earth system. Photo copyright Mattias Klum 2015

Ever since the industrial revolution, we’ve had this crazy idea that our actions are without consequences. That we can take nature or leave it. But as any farmer can tell you, that isn’t the case. It’s not a question of choosing jobs or the envi- ronment, because they depend on each other. That’s why we say we need a mind-shift to reconnect people with nature, societies with the biosphere, the human world with Earth. 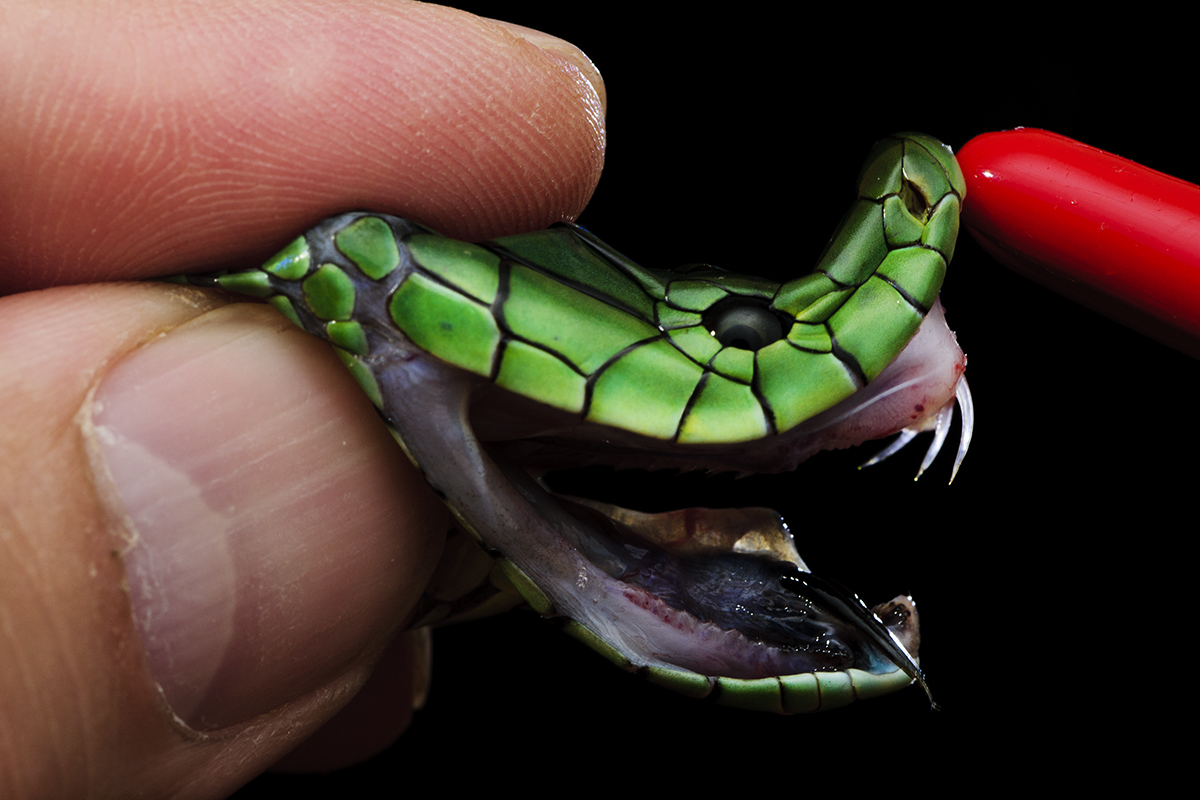 Venom from snakes such as this Jameson’s mamba from Cameroon is helping researchers develop new drugs to treat heart disease in humans. Dr. Zoltan Takacs examines the Jameson’s mamba (Dendroaspis jamesoni) and shows it’s fangs. The snake lives in trees. It is a front-fanged elapidae snake. The Jamesons Mamba, and other mambas, are a big hit for biomedicine; they produce one of the most used tools to understand how the human nervous system works and their toxin is a template for a heart failure medicine in clinical trials. Most snake venoms kills by either of two mechanism, respiratory failure and loss of blood pressure. Mambas are unique, they employ the both strategies at the same time. Mambas have highly toxic venom which consists mostly of neurotoxins. The bite can be fatal to humans without access to proper first aid and subsequent antivenom treatment, as it shuts down the lungs and heart. Toxins work like key finding a lock. Once a toxin (key) finds its targets (lock) then it specifically fits there and prevents the lock from open / closure so it cannot work anymore. The key disables the lock. Photo copyright Mattias Klum 2015

PRESERVING THE REMAINING BEAUTY ON EARTH

We take it for granted, the world that we love—and we’re destroying it so quickly. The light of dawn on the prairie. The silvery flash of fish in a stream. The cry of a hawk over a forest. Everybody has their own idea of the beautiful, and we’ll surely miss it when it’s gone. It’s time to fight for the remaining natural systems that support the beauty on Earth—not just for their sake but primarily to safe- guard our prosperity. 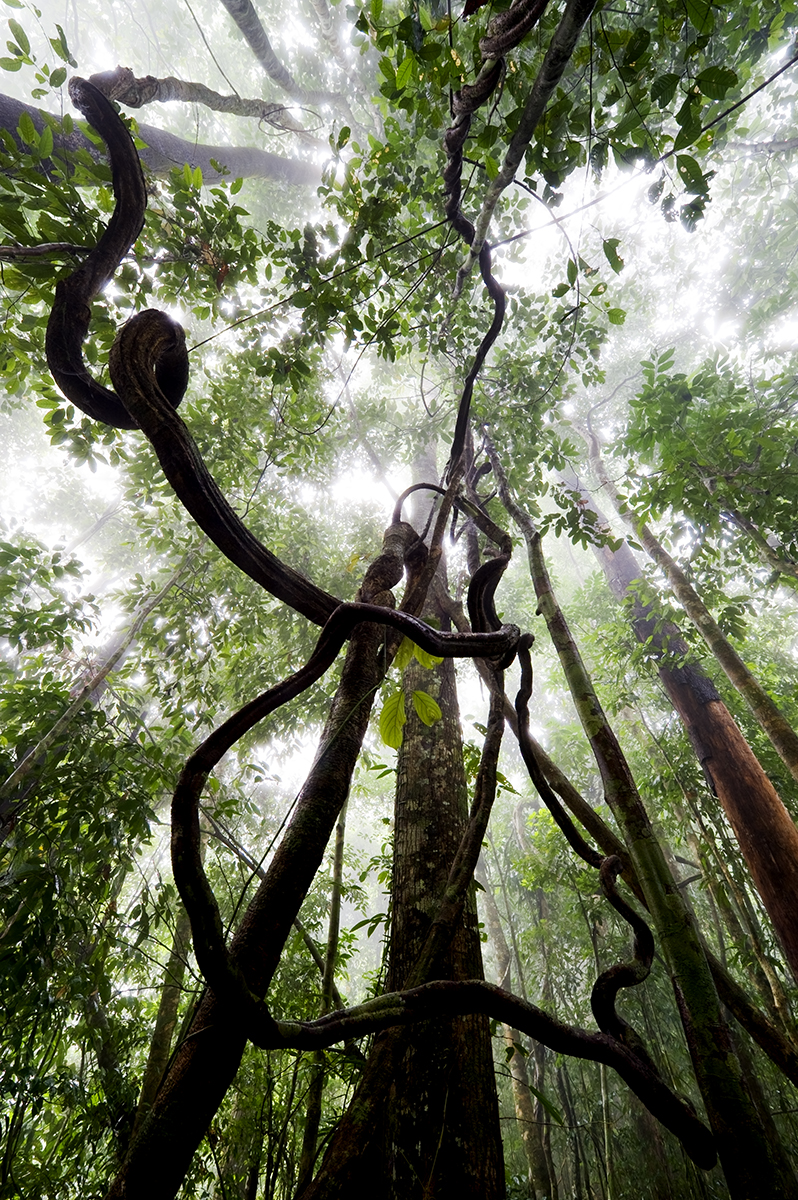 Lianas twine around dipterocarp trees in Malaysia’s Danum Valley Conservation Area. Rainforests provide a vast number of ecosystem services for humanity. Native lowland forests still flourish in Malaysia’s Danum Valley Conservation Area, where skyward-snaking lianas twine around dipterocarp trees that stand more than 200 feet tall. An astounding example of the critical necessity to preserve biodiversity can be demonstrated by the discovery of Calophyllum lanigerum inside a small tree in Sarawak, Borneo. This substance was found to successfully slow down the AIDS virus by stopping the disease in its tracks. When biologists returned to Borneo to collect more samples, the tree was gone. It took several days of searching before they found another tree of the same species. It is a rare tree now bordering on extinction. Photo by Mattias Klum, copyright 2015

WE CAN TURN THINGS AROUND

We have the tools to do what’s required—the intelligence, creativity, and technological know-how. We can reverse the negative trends. We can feed nine billion people without destroying our forests. We can deliver power to our econ- omies without burning fossil fuels. But the only way to achieve prosperity is through green growth. This is not a burden or sacrifice. It is an investment in future world prosperity. Business-as-usual is no longer an option. 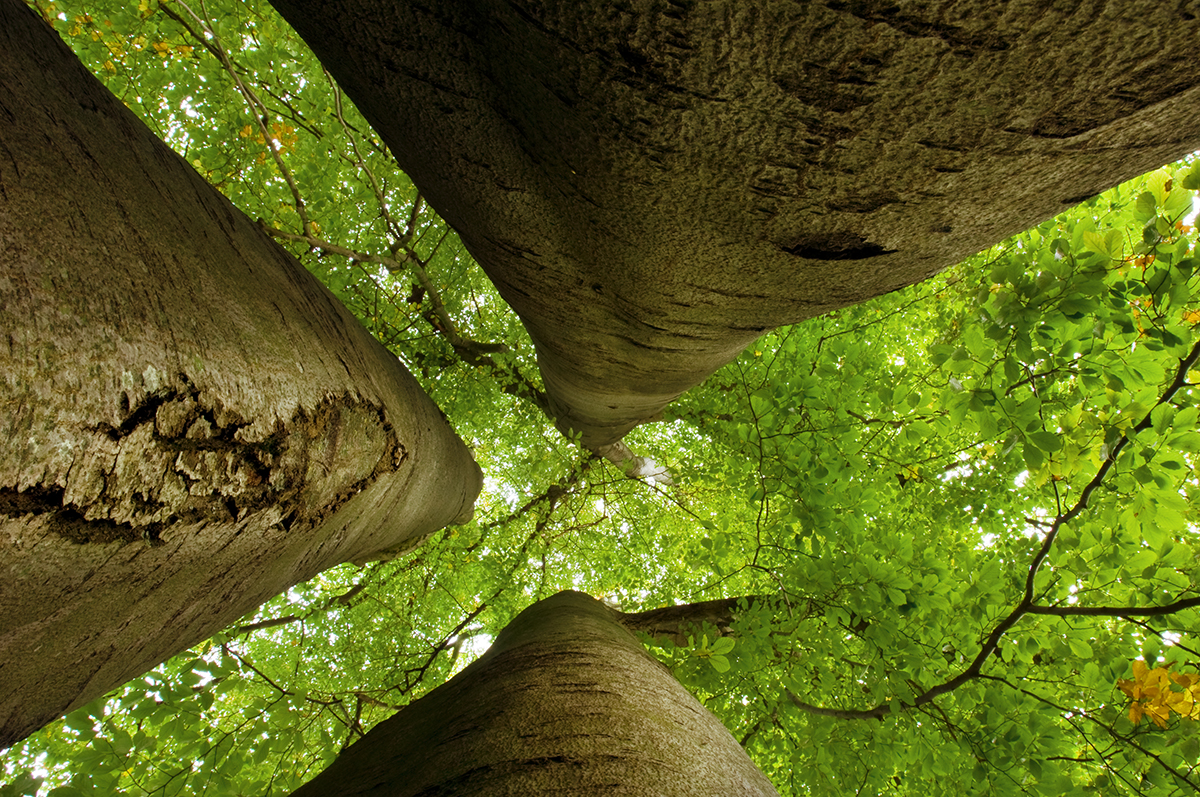 Reconnecting societies with the biosphere is key to soaring opportunities for the future. Photo copyright Mattias Klum 2015

Humanity has an incredible ability to overcome even the most daunting of challenges. Once people understand the risks of continuing along the current path, they’ll search for creative—and profitable—alternatives. That’s how inno- vation works. The planetary boundaries will help. By defining thresholds and a maximum allowable use of resources, ecosystems, and the climate, we can trig- ger a new wave of sustainable technological inventions thanks to an abundance of ideas and solutions for human prosperity and planetary stability. 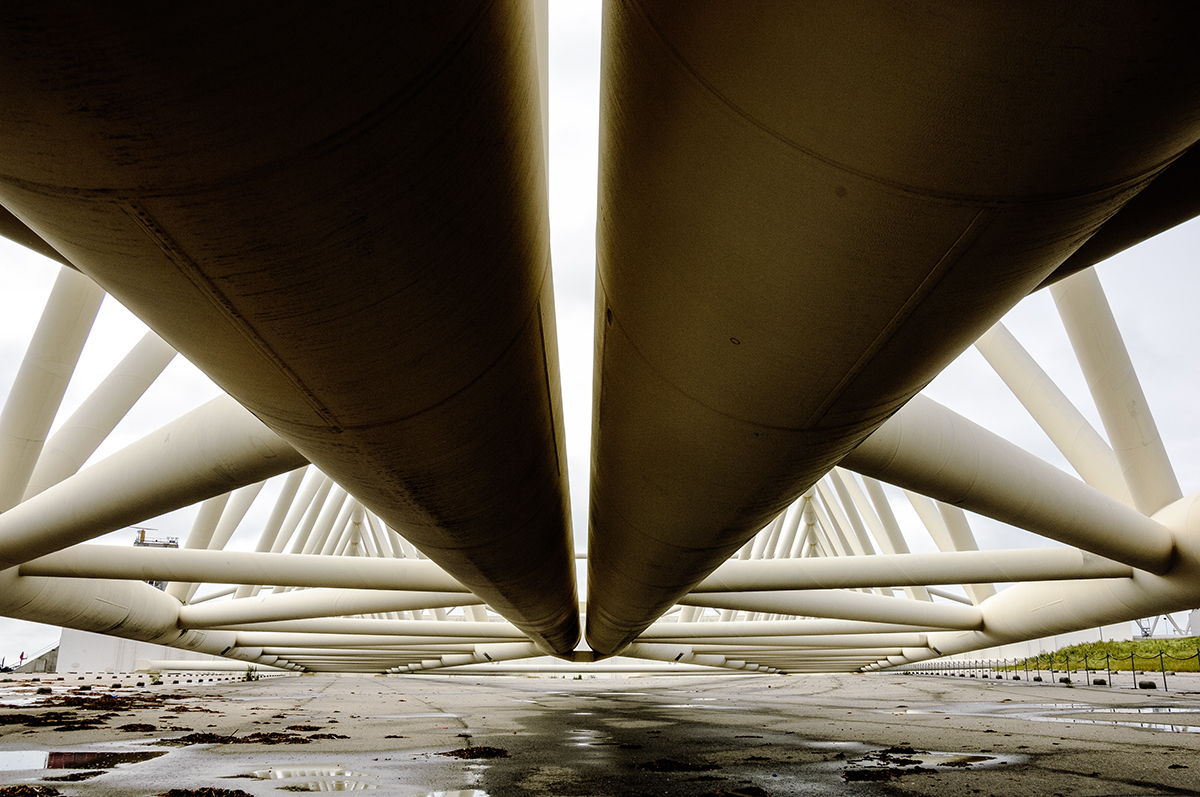 This ingenious storm-surge barrier was built to protect Rotterdam Harbor in the Netherlands from flooding. By unleashing innovation within planetary boundaries, humanity can make abundant progress. Photo copyright Mattias Klum 2015

Let’s be realistic. Inspiring a mind-shift to sustainability could take a genera- tion, and we should have started long ago. If we wait 30 more years, it will be too late. So we advocate a two-track approach: 1) tackle the most urgent problems right now, such as climate change, nitrogen and phosphorus overload, and loss of biodiversity, but also 2) do everything we can to reconnect with nature over the long term. Earth deserves nothing less. Our world depends on nothing less.

A field of rye evokes the ideal of abundant food for all. To achieve that with a booming global population will require a new revolution in agriculture. Photo copyright Mattias Klum 2015