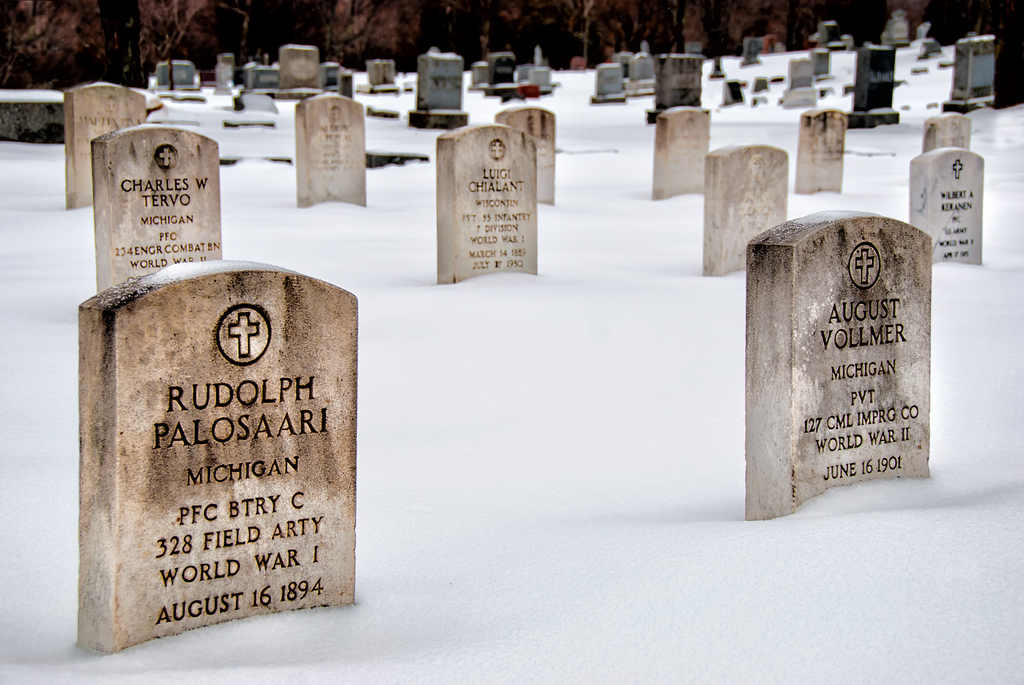 Remembrance Day is an occasion when people are supposed to remember and honour those who died in their nation’s wars. But why should we believe that this obligation exists?

The dead are dead. They can’t be gratified by our remembrance or insulted by a failure to honour them.

The American philosopher George Pitcher argues that we have duties to the dead because we can benefit them or cause them harm. A son who solemnly promises his dying father to bury him in the family plot and instead sells his body to a medical school “betrays” his father. Pitcher does not think that the existence of this harm depends on having a capacity to suffer.

But other philosophers, such as Walter Ott, refuse to accept we can harm or benefit someone who is incapable of being affected by our actions. They dismiss the belief in duties to the dead as a superstition. We can celebrate Remembrance Day to call attention to the horrors of war or to give comfort to the survivors of the dead. But in their opinion it is wrong to believe that we owe anything to the dead.

This philosophical disagreement leaves the impression that duties we take for granted are more difficult to understand than we supposed.

In my opinion we do have duties to the dead and the best way of understanding why they exist and what they mean is to locate them in the framework of our intergenerational obligations.

Like Pitcher, people commonly assume they can make requests that their survivors are morally obliged to fulfil. But moral demands bring with them a requirement of reciprocity. You should be prepared to do for others what you demand that people do for you. So if you think you have a right to impose a moral duty on your successors then you should be prepared to fulfil similar demands that were made, or could have been made, by those now dead.

When you are dead you won’t care whether your survivors fulfil your requests. But this has no bearing on your moral reasoning. You care now.

Duties to the dead can be regarded as belonging to an intergenerational social contract. We impose duties on our successors and in return we carry out duties to our predecessors. The communitarian philosopher Avner de Shalit argues in his book Why Posterity Matters (1995) that present members of a community should regard themselves as the partners of past generations in defining and working for a common good. A partnership brings with it obligations to past, as well to present and future members.

This way of understanding why we have duties to the dead helps us to work out what we ought to do for them. If we have good reasons for demanding our posthumous reputations should be protected from malicious lies, we ought to accept a duty to protect the reputations of those now dead. If we think our survivors ought to respect our wishes about the disposal of our bodies or property, then we are also obliged to respect similar wishes of the dead.

The demands we make of our survivors have to be backed up with good moral reasoning. This puts limits on what we can demand of them.

Some people want their children to adhere to the traditional values of their religion, family or community. But this desire cannot be translated into a legitimate moral demand.

Being true to a tradition is not a requirement that people can reasonably impose on their successors or have imposed on them by their predecessors. People of each generation are entitled to choose their own values and ways of life. But it is not so unreasonable for people to insist their successors should make an effort to understand and appreciate what they were trying to achieve.

The same holds for the values of a nation or a political group. Present Australian Labor Party members ought to honour the contributions of Gough Whitlam and other leaders of the past but they have no obligation to adhere to Whitlam’s vision of Australia. They are entitled to determine the direction of their party.

On the other hand, in determining this direction they are obliged to consider what the ideals of past generations can contribute to present concerns. That’s a reasonable demand on those who belong to an intergenerational partnership.

But these differences of opinion do not undermine the basic principle of this partnership: that the interests and contributions of those now dead are a moral concern for the living.

Janna Thompson, Professor of Philosophy at Australia’s La Trobe University, received funding from the Australian Research Council for a project on intergenerational justice.

This article was originally published on The Conversation, as part of a series on Death and Dying. Read the original article.

f you appreciate our work, please help sustain us. Facts and Opinions is a boutique for slow journalism, without borders. Independent, non-partisan and employee-owned, F&O is supported entirely by readers: we do not carry advertising or solicit donations from foundations or causes.  Why? We appreciate your interest and support:  for $2.95 (the price of a cheap brew) you can subscribe to F&O for a month. If that breaks your budget, a one-day pass is $1. A subscription is required for most F&O original work. Subscribe for free to Frontlines by entering your address in the form on the right (we won’t share your address), or follow us on Facebook or Twitter.