The Martian — and Robinson Crusoe, Matt Damon and Viola Davis 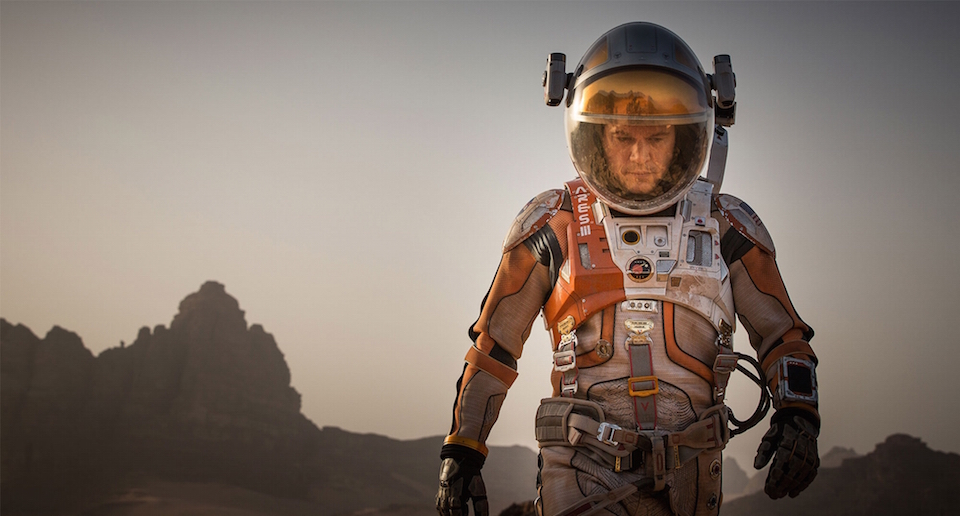 Ah, Twitter. So quick to bear arms in righteous indignation. But so quick, too, to forget. This week “the internet”, which term has usurped what used to be known as “public opinion”, is upset about some soap actress that no-one ever heard of spitting green-eyed vitriol about Viola Davis’s Emmy win – it being the first Outstanding Lead Actress award to go to a black woman.

Davis gave a rousing speech, saying that: “The only thing that separates women of color from anyone else is opportunity”. Nancy Lee Grahn, meanwhile, was roundly condemned for her response – which claimed that Davis’s words were misplaced and that the Emmys were not the place for “racial opportunity”.

Last week it was Matt Damon who found himself in hot water. In a conversation filmed for Damon’s TV show, Project Greenlight, which exists to support new filmmakers, Damon interrupted black film producer Effie Brown to tell her that diversity should not be an issue for a film’s production team.

“Whitesplaining” was the term tossed around gleefully. Damon duly issued an apology.

But while internet outrage can – and often does – feel throwaway and superficially reactive, there are some interesting observations to be made. Especially as all this post-colonial angst coincides with the imminent release of Damon’s new film: The Martian.

The Martian, directed by Ridley Scott, is based on Andy Weir’s novel. Damon plays Mark Watney, an astronaut left stranded on Mars. Alone, presumed dead, he must work out a way to survive. This means finding a way to sustain life – his life – on a planet where nothing grows. But that’s no problem for Watney. Certainly not for Matt Damon. In classic Hollywoodese, he vows: “I’m gonna have to science the shit out of this.”

Now – if this storyline sounds vaguely familiar, that’s because it is.

Directed by Byron Haskin, it was released in 1964 and starred Paul Mantee and a pre-Batman Adam West. The Martian Crusoe is stranded not on a desert island, but on a desert planet, saying: “I feel a little bit like Columbus, set down in a strange new land, full of new wonders, new discoveries … It’s a challenge all right.” Haskin’s film doesn’t shy from the full Defoe treatment, even down to the inclusion of an incongruously Carib-esque Friday: the “native” who becomes Crusoe’s companion.

Desert island tales are at least as old as Francis Drake himself, and share their illustrious history with the potato. But European exploration – in which the history of colonialism is firmly embedded – cast dark, hubristic shadows across vast, uncharted territories.

America, itself once a colony, both inherits and inhabits this dread. So the fact that in recent decades we have seen space become the backdrop for such neo-colonial fantasies should not surprise us.

The rash of 1950s sci-fi movies such as Invaders from Mars and Forbidden Planet are now widely read as expressions of Cold War anti-Soviet paranoia, but they can just as easily be read in the context of Anglo-America’s colonial identity. The thrill of the space race may have been tempered by fear of imminent nuclear obliteration, but it was borne of the same racial and national entitlement – seasoned liberally with fear and loathing – that had “won the West”. Put the Soviets to one side, and the aliens to the other, and we are left with the same tenor of territorial anxiety that has characterised Anglo-American psychology throughout its existence.

The movie tag contains , which is an unsupported URL, in the src attribute. Please try again with youtube or vimeo.

Robinson Crusoe is the colonial tale par excellence. It sets the stage for Britain’s colonial mission, a commingle of enterprise, exploration, exploitation and a smidgeon of “white man’s burden”. James Joyce described Crusoe as:

The true symbol of the British conquest, who, cast away on a desert island, in his pocket a knife and a pipe, becomes an architect, a carpenter, a knife grinder, an astronomer … and a clergyman. He is the true prototype of the British colonist, as Friday … is the symbol of the subject races. The whole Anglo-Saxon spirit is in Crusoe: the manly independence; the unconscious cruelty; the persistence; the slow yet efficient intelligence.

It seems that Robinson Crusoe on Mars was inevitable; so inevitable they made it twice. Perhaps it makes sense, therefore, that if Matt Damon is a modern day Crusoe, he felt it incumbent upon himself to educate and enlighten Effie Brown. Who knows?

But on the internet, outrage flares up and dies in an instant; it’s a meteorite blazing in an atmosphere of tweets. And there’s always something new to be torched. By next week we’ll have forgotten all of this and… wait a minute. Weren’t we talking about Matt Damon recently? Because he has a new film out.

He’d really like for you to go and see it.

Facts and Opinions is a boutique journal, of reporting and analysis in words and images, without borders. Independent, non-partisan and employee-owned, F&O is funded by you, our readers. We do not carry advertising or “branded content,” or solicit donations from foundations or causes. Please support us, with a contribution below — we suggest at least .27 per story or $20 per year for a site pass– and by spreading the word.