The Man from U.N.C.L.E. proves spy spoofs are back in business 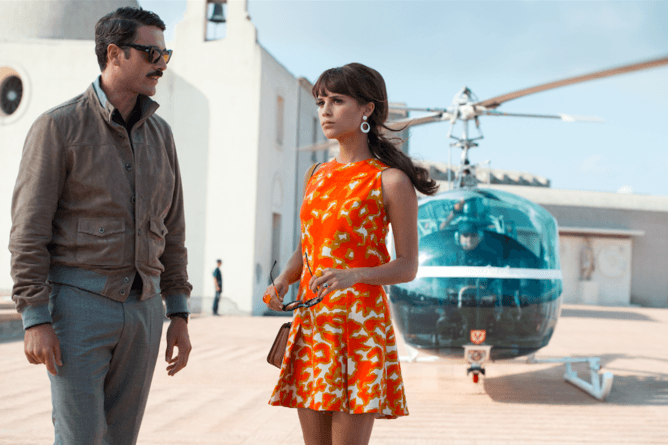 The 21st-century spy movie is typically a pretty serious affair. Daniel Craig has brought a bit of darkness back to Bond, coasting on the success of the Bourne series. But after the success of Kingsman: The Secret Service last year, it looks as if the hammy spy spoof is back in the game. And now Guy Ritchie has jumped on the bandwagon. With the release of The Man from U.N.C.L.E., a remake of the popular 1960s television series of the same name, he joins a long line of authors and filmmakers who have satirised spying or spoofed the conventions of the spy thriller.

Books were where it began. Joseph Conrad’s great modernist novel The Secret Agent was, amongst other things, a satire on the conventions of the early spy story, with the supposedly illustrious secret agent of the title, Verloc, in reality a seedy and lazy dealer of pornography. Other authors, such as Compton Mackenzie and Graham Greene, used their personal experiences in intelligence work to write scathing caricatures of the covert sphere.

Filmmakers as diverse as Hitchcock, Mike Myers and the Coen brothers have all made their satirical mark on the spy genre, and with Kingsman, we saw the recent potential for a high-profile spy parody to achieve critical and commercial success. Ritchie’s entrance into the scene is further proof that such parodies are again on the up.

The world of espionage, it would seem, lends itself particularly well to such irreverent attention. Perhaps this is because spy craft, when viewed from the outside, often seems to tread a fine line between the mysterious and ridiculous. This was something that real-life British intelligence officers in Moscow found out to their detriment in 2006, when they were photographed and ridiculed for their bungled operations involving a “spy rock”. Equally, the longevity of the Bond franchise also provides authors and directors plenty of material to send up, with the shark tanks and space battles of the Bond films not needing much further work to turn into outright farce.

Despite this readily available material, such spoofs have not always hit the mark. The 1967 parody version of Casino Royale, featuring an impressive cast including Peter Sellers and David Niven, spectacularly failed to click. The film is almost painfully unfunny to watch. On the other hand, some of these spy spoofs rank amongst the most important literature of the secret state. Greene’s Our Man in Havana, for example, presents a darkly humorous tale of an unfortunate vacuum cleaner salesman who stumbles into the role of being MI6’s prize agent. Through this he provides a withering critique of the obsessions with conspiracy and secrecy in the world of intelligence.

Ritchie’s film will certainly not rank as an ironic masterpiece of the genre. But, in its own way, it does carve out an interesting space. Set in the early 1960s, we find the CIA agent Napoleon Solo and the KGB assassin Illya Kuryakin being forced to work together, despite their initial attempts to kill one another. They are tasked with thwarting a plot by a secret Nazi organisation to acquire nuclear weapons, the unlikely pair using Gaby Teller, the daughter of a missing scientist, as the key into the conspiracy.

There is some attempt at political context: the opening credits provide a series of Cold War newspaper headlines, and the opening scenes shows Solo making the checkpoint crossing into East Berlin in order to recruit Teller. But this is not a film that lingers for very long on the details of the Cold War espionage trade or the intricacies of sites such as divided Berlin.

Instead, it presents a 1960s world of glamour and colourful fashion, of racetracks and aristocratic soirees, of luxury Italian hotels and secret lairs on sunny islands. There are some plot twists and slick montage scenes along the way, but little in the way of political depth. Instead, the film is very much driven by the formula of the odd couple pairing of CIA and KGB spies (along with Teller who plays her own game), with Solo and Kuryakin as likely to argue about fashion choices as they are to accidentally torture a Nazi war criminal to death.

Indeed, with its glitzy settings and implausible criminal conspiracies, The Man From U.N.C.L.E. captures something of the spirit of Ian Fleming’s early Bond novels, in which Fleming was as concerned with depicting luxurious consumption and exotic travel as he was with developing any sort of spy narrative.

And as the “rebooted” recent Bond has now gone for grit and contemporary political relevance, this leaves The Man from U.N.C.L.E. free to seize the vacated spy-fantasy ground. Consequently, Ritchie is clearly setting up for a film franchise. The “U.N.C.L.E.” acronym isn’t explained until the closing scene, where Solo, Kuryakin and Teller are informed that they will be teaming up again to solve further cases, under the authority of the “United Network Command for Law and Enforcement”.

Whether or not The Man From U.N.C.L.E. does manage to launch such a franchise remains to be seen. But given the dark conspiracies and graphic violence that have saturated recent spy narratives (whether in the Bond and Bourne films, or shows such as 24, Spooks and Homeland), Ritchie’s film at least shows that there are still bountiful satirical possibilities when imagining the secret state.

James Smith is Lecturer in English Studies at Durham University. This article was originally published on The Conversation. Read the original article.