Sicario: a movie that haunts

Sicario’s Dirty War on Mexican Cartels is Not Yet Reality 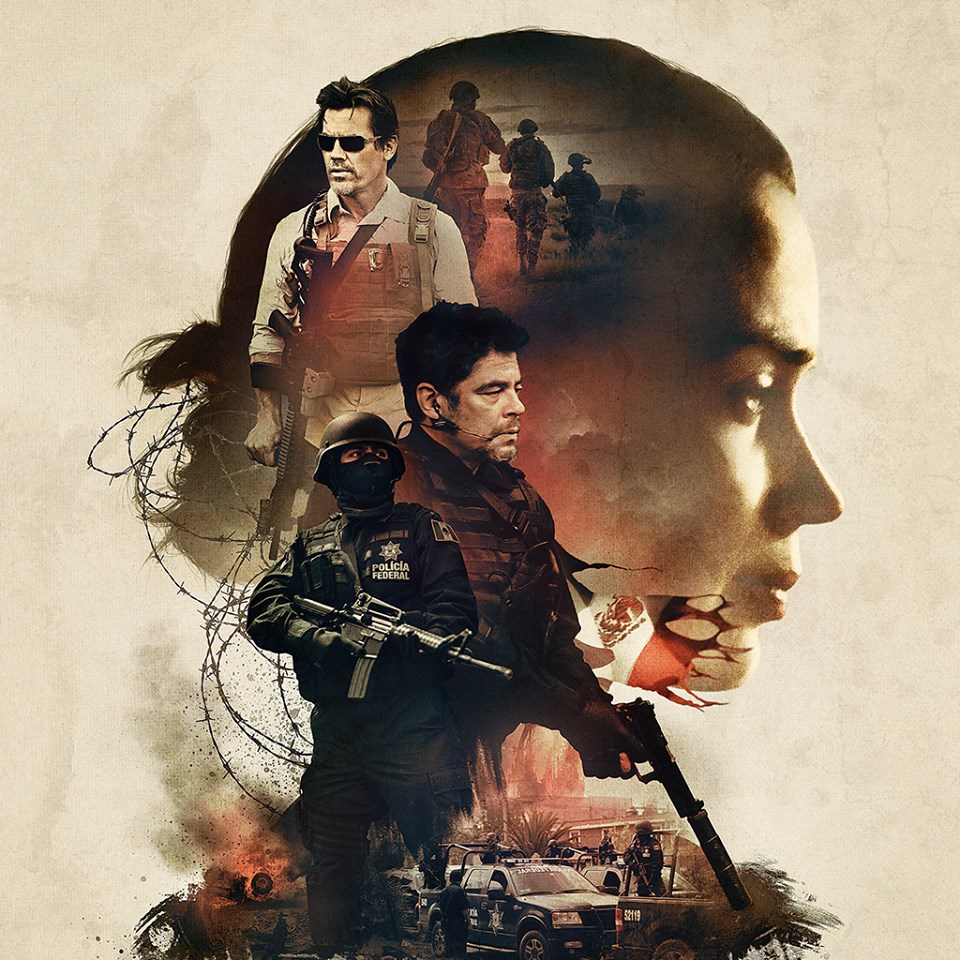 I saw the movie “Sicario” the other day. And it reminded me why the border still haunts me.

“Sicario” is an important contribution to a cinematic genre that examines the dark realities of the U.S.-Mexico border. The film centers on an FBI agent in Arizona who joins a shadowy, CIA-led task force pursuing a Mexican drug lord. She becomes alarmed by secretive, brutal methods that leave a trail of corpses. She discovers that the unit’s mysterious Colombian “consultant” is an assassin (sicario) unleashed by the U.S. government on the cartels.

“Sicario” has drawn admiring reviews, commentary about the tough subject, and criticism in Mexico. My editors asked me to assess its portrayal of the underworlds of the U.S.-Mexico border.

I covered the borderlands for the Los Angeles Times in the 1990s and return there now and then. I’ve spent years reporting about mafias, justice and intrigue across the Americas and around the world. And I’ve written fiction and nonfiction in which the border plays a big role.

My first novel, “Triple Crossing,” describes the troubled dreams of a rookie Border Patrol agent: “The border seethed on the edge of his sleep. Haunting him. Disembodied faces surging up out of the riverbed at him.”

That image comes from personal experience. I still see the faces of people I knew — heroes and outlaws, bigshots and grunts — who lived intensely and died violently.

I remember interviewing a reformist police chief days before rogue federal cops assassinated him. I see a young prosecutor in a Tijuana diner telling me about investigating the chief’s murder — 18 months before killers butchered him in front of his house. I relive an early-morning phone call with sad news about a gentle, doomed warden who let me explore one of the world’s strangest prisons: a savage village where gangsters lived with their families, inmates ran shops and eateries, and gunfights erupted on the basketball court at high noon.

So I watched “Sicario” with a wary but respectful eye. I once wrote that the storytellers of the border know there is no better story in the world. But it’s a hard tale to tell, especially for Americans. Even if you speak fluent Spanish and have walked both sides of the line.

Overall, I found “Sicario” artful and thought-provoking. The focus is intentionally narrow: Villeneuve portrays a battleground obscured by a permanent fog of war. The film succeeds in evoking the menace, paranoia and ambiguity of the turf.

“Sicario” falls short for me in other aspects. While it has impeccably realistic moments, the federal agents broke the rules with a casualness (and lack of consequences) unlike anything I’ve reported on. I also would have liked more depth in the depiction of the Mexican side, though there’s a limit to what can be done in two hours.

The first thing I look for in a drama like this is the authenticity of the characters — how they compare to the swashbuckling and ferocious ones I’ve met.

Josh Brolin is convincing as the chief of the task force, a brash spy who drops enigmatic lines about his plan to “dramatically overreact” against the cartel that has murdered dozens of people on the U.S. side of the border.

Benicio Del Toro’s role as the brooding, relentless sicario is the best thing about the film. An early scene in which he shudders awake from a nap establishes him as a man who has nightmares — and inflicts them on others.

The FBI agent played by Emily Blunt is refreshingly unglamorous. Her clashes with the CIA/Pentagon crew have a real-life basis in conflicts among U.S. agencies. Her mystified indignation becomes less credible, however, as she continues to tag along with the marauding unit.

The lack of Hispanic characters on the U.S. law enforcement team surprised me. This is not an abstract issue of diversity in Hollywood; traveling the borderlands, you meet many sharp Hispanic federal agents making the most of their language and cultural skills.

The film sticks to a largely north-of-the-line viewpoint. A nice subplot about a Mexican police officer seemed underdeveloped. That’s a recurring pitfall in this genre: exploring a Mexican reality with limited presence of actual Mexicans.

“Sicario” does include a spectacular sequence in Ciudad Juarez. With Delta Force operators riding shotgun, the U.S. task force zooms in to pick up and bring north a cartel figure for questioning. The tension builds to a claustrophobic shootout in a monster traffic jam at the port of entry. The scene triggered my residual paranoia from many a border crossing.

Officials in Ciudad Juarez were upset about scenes showing cadavers hanging from downtown viaducts and firefights and explosions lighting up the night. They pointed out that crime has gone down since the city was the world’s murder capital. Nonetheless, it’s legitimate to depict the anarchy and bloodshed that have periodically engulfed Juarez, Tijuana, Acapulco and other Mexican cities.

Above all, “Sicario” puts a spotlight on U.S. antidrug policy. It imagines a world in which federal agencies have decided to fight dirty. Del Toro’s Colombian water-boards a suspect at a U.S. military base, physically abuses a corrupt U.S. cop in a vehicle in Arizona and runs up the body count elsewhere.

I understand that movies take liberties in the name of drama. The director has said he’s making a larger point about moral choices, about the excesses of vengeful covert action. I had reservations, however, about the premise of the black-ops campaign.

First of all, most takedowns of drug lords end in arrest and prosecution. U.S. intelligence and law enforcement put money and effort — from high-tech intercepts to training and vetting foreign units — into building cases against kingpins and battering through their concentric circles of firepower and political protection.

I’m not suggesting abuses don’t happen. I’ve covered brutality and corruption in U.S. agencies. But the brazen excess depicted in the film is pretty rare on U.S. soil. American intelligence and law enforcement operatives do work closely with foreign counterparts who are brutal and corrupt. Agents have told me about teaming with Mexican investigators who pursued traffickers diligently, but weren’t given U.S. leads about a certain drug lord because they were on his payroll.

Another story about misconduct-by-proxy: U.S. agents once helped local forces arrest a suspect in a Latin American nation. The Americans waited awkwardly outside while the locals began their interrogation. It went badly and the U.S. agents had to rush in to revive the suspect with CPR.

The larger argument of Villeneuve and scriptwriter Taylor Sheridan is that the drug war risks turning us into the very monsters we are trying to defeat.

It’s tempting to agree — at least about the futility. Despite considerable blood and sacrifice, the basic story in Mexico hasn’t changed much over the past two decades.

In 1993, I covered the capture of Joaquin (Chapo) Guzman, the boss of the Sinaloa cartel, and the discovery of his first smuggling tunnel between Tijuana and San Diego. Guzman has escaped from prison twice. His operation still uses tunnels. The latest headlines suggest his days are numbered, but he has reigned for a quarter century.

I do see glimmers of hope. Look at the remarkable transformation of Colombia, the result of Colombian tenacity backed with U.S. resources. Or Peru’s defeat of cartels, narco-guerillas and a malevolent spy chief. Or Guatemala’s recent strides against high-level mafias. The driving force in those cases was dogged police work, not death squads.

Tangible progress has also happened in Mexico, including Tijuana and Ciudad Juarez. “Sicario” portrays part of the problem. But it doesn’t venture into the Mexican political labyrinth that is the root of the crisis.

My reporting in Latin America has convinced me the conversation needs to be about more than drugs. Mafias profit from an array of rackets: extortion, migrant smuggling, political thievery. The region’s greatest single problem is lawlessness in high and low places alike. Weak justice systems protect the elites.

In a column this week in Spain’s El Pais newspaper, a Mexican academic declared that a “pact of impunity” dominates his society.

“Ample sectors of the political class have established regional alliances with criminal actors,” wrote Alberto J. Olvera of the Veracruzana University. “The regime can’t and doesn’t want to reform itself. A gigantic mobilization is necessary of a united civil society focused on the fight against impunity.”

Signs of such a mobilization can be seen in Mexico, Central America and elsewhere. The vanguard includes brave cops, journalists, activists, and citizens in the streets. Things will change not with the capture of Chapo Guzman, but when the police start arresting senators, governors, bankers and others in suits and ties.

The longer that takes to happen, the more likely the dirty war depicted in Sicario could one day become a reality.

Facts and Opinions is a boutique journal of reporting and analysis in words and images, without borders.  Independent, non-partisan and employee-owned, F&O is funded by you, our readers. We are ad-free and spam-free, and do not solicit donations from partisan organizations. Welcome, and please try one story at no charge. If you value our work, please chip in at least .27 per story or $1 for a day site pass, using the “donate” button below. Click here for details.  Real journalism has value. Thank you for your support. Please tell others about us, and find us on Facebook and Twitter.