No, Bob Dylan isn’t the first lyricist to win the Nobel 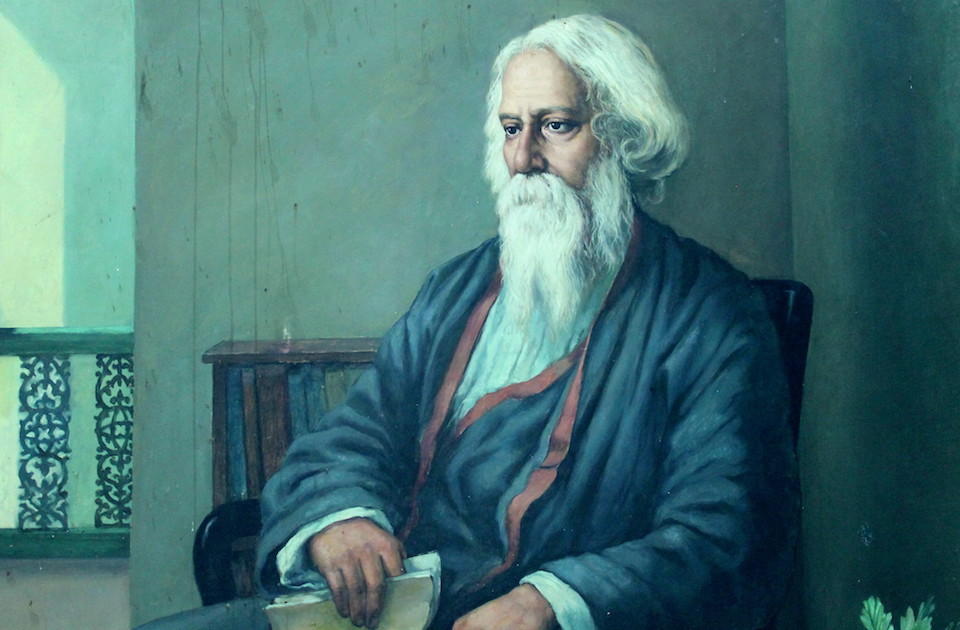 There’s been a great deal of excitement over Bob Dylan winning the 2016 Nobel Prize for Literature. It’s rare for artists who have achieved widespread, mainstream popularity to win. And although Nobels often go to Americans, the last literature prize to go to one was Toni Morrison in 1993. Furthermore, according to The New York Times, “It is the first time the honor has gone to a musician.”

But as Bob Dylan might croon, “the Times they are mistaken.”

A Bengali literary giant who probably wrote even more songs preceded Dylan’s win by over a century. Rabindranath Tagore, a wildly talented Indian poet, painter and musician, took the prize in 1913.

The first musician (and first non-European) to win the Nobel Prize for Literature, Tagore possessed an artistry – and lasting influence – that mirrored Dylan’s.

Tagore was born in 1861 into a wealthy family and was a lifelong resident of Bengal, the East Indian state whose capital is Kolkata (formerly Calcutta). Born before the invention of film, Tagore was a keen observer of India’s emergence into the modern age; much of his work was influenced by new media and other cultures.

Like Dylan, Tagore was largely self-taught. And both were associated with nonviolent social change. Tagore was a supporter of Indian independence and a friend of Mahatma Gandhi, while Dylan penned much of the soundtrack of the American civil rights movement. Each was a multitalented artist: writer, musician, visual artist and film composer. (Dylan is also a filmmaker.)

The Nobel website states that Tagore, though he wrote in many genres, was principally a poet who published more than 50 volumes of verse, as well as plays, short stories and novels. Tagore’s music isn’t mentioned until the last sentence, which says that the artist “also left … songs for which he wrote the music himself,” as if this much-loved body of work was no more than an afterthought.

But with over 2,000 songs to his name, Tagore’s output of music alone is extremely impressive. Many continue to be used in films, while three of his songs were chosen as national anthems by India, Bangladesh and Sri Lanka, an unparalleled achievement.

Although Tagore was – and remains – a musical icon in India, this aspect of his work hasn’t been recognized in the West. Perhaps for this reason, music seems not to have had much or any influence on the 1913 Nobel committee, as judged by the presentation speech by committee chair Harald Hjärne. In fact, the word “music” is never used in the prize announcement. It is notable, however, that Hjärne says the work of Tagore’s that “especially arrested the attention of the selecting critics is the 1912 poetry collection ‘Gitanjali: Song Offerings.’”

Dylan: All about the songs

It may be that the Nobel organization’s downplaying of Tagore’s significance as a musician is part and parcel of the same thinking that has long delayed Dylan’s receiving the prize: uneasiness over subsuming song into the category of literature.

It’s rumored that Dylan was first nominated in 1996. If true, it means that Nobel committees have been wrestling with the idea of honoring this extraordinary lyricist for two decades. Rolling Stone called Dylan’s win “easily the most controversial award since they gave it to the guy who wrote ‘Lord of the Flies,’ which was controversial only because it came next after the immensely popular 1982 prize for Gabriel García Márquez.”

Unlike Tagore’s Nobel announcement, in which his songs were an afterthought, the presentation announcing Dylan’s award made it clear that aside from a handful of other literary contributions this prize is all about his music. And therein lies the controversy, with some saying he shouldn’t have won – that being a pop culture icon who wrote songs disqualifies him.

But like many great literary figures, Dylan is a man of letters; his songs abound with the names of those who came before him, whether it’s Ezra Pound and T. S. Eliot in “Desolation Row” or James Joyce in “I Feel a Change Comin’ On.”

Why not celebrate Bob by being like Bob and reading something unfamiliar, great and historically important? Tagore’s “Gitanjali,” his most famous collection of poems, is available in the poet’s own English translation, with an introduction by William Butler Yeats (who won his own Nobel in literature in 1923). And YouTube is a great repository for some of Tagore’s most celebrated songs (search for “Rabindra Sangeet”).

Many music lovers have long hoped that the parameters of literature might be writ a bit larger to include song. While Dylan’s win is certainly an affirmation, remembering that he’s not the first can only pave the way for more musicians to win in years to come.

Alex Lubet is the Morse Alumni Distinguished Teaching Professor of Music at the University of Minnesota. This article was originally published on The Conversation. Read the original article.