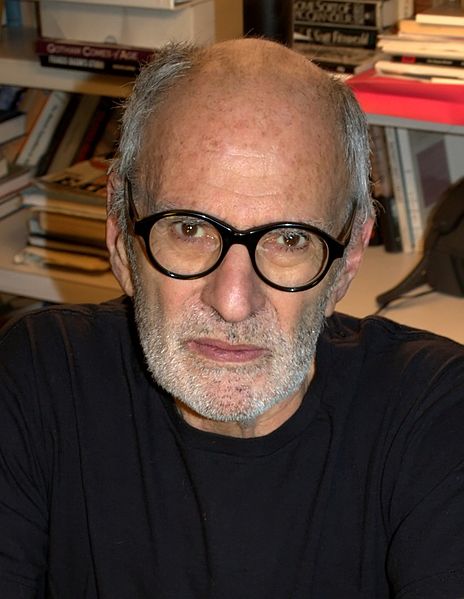 A co-founder of the Gay Men’s Health Crisis in New York in 1982, Kramer was edged out of the advocacy organization a year later for — in his word — “merchandizing” the AIDS epidemic in mainstream magazines and newspapers across North America. But he never wavered in his commitment to spread awareness of the disease and the lack of attention given to it. The Normal Heart is his attempt to explain and justify his actions.

Kramer told me in a 1986 interview that the foot-dragging by officialdom during the early stages of the epidemic was mainly due to homophobia, and that the situation didn’t change after he wrote the play.

Kramer’s roster of culprits in the play included The New York Times and New York Mayor Ed Koch. Both responded to his charges after The Normal Heart opened at New York’s Public Theatre, marking the first time in recent memory that the press and political establishments were put on the defensive by an American stage play.

The Times denied suppressing news about AIDS, saying it published “scores of articles” on the disease after the Center for Disease Control in Atlanta reported in June 1981 that a “rare cancer” was killing gay men. But Kramer countered that the Times ran only seven articles during the first 19 months of the epidemic, when 958 cases were reported. At the same time, the newspaper published 54 articles on a Tylenol scare that resulted in seven deaths.

“I tried to point this out to the Times but they wouldn’t let me respond. They said it was against policy, or something like that.”

Mayor Koch’s office responded by noting that $75,000 had been set aside for public education and community services in New York when AIDS was first recognized as a problem. However, Kramer pointed out that none of the literature was available in Spanish “so there’s this enormous Hispanic community which is hugely open to all this. If you don’t speak English, there’s no way you’re going to know anything.” He added that the mayor announced several programs after the play appeared “but most of it was talk and not action. That seems to be the problem with politics today. A Reagan or a Koch can say he’s doing something, never do it, and everybody believes he has.”

AIDS lobby groups had proven to be largely ineffective, Kramer told me. The most powerful members of the gay community — business leaders and politicians — were closeted and frightened, leaving the protest machinery in the hands of younger activists who had no money and no clout. Kramer said that by 1986 he had already given up hope that the authorities would ever change their attitude toward the AIDS problem. “I feel like there’s a war going on outside my door, and my friends are dying in the battle. There isn’t a week goes by when I don’t have another funeral to go to.”

The Normal Heart ran for 294 performances at the Public Theatre in 1985-86, making it the longest-running show ever produced there. Critic Frank Rich, in his New York Times review, described the play as “fiercely polemical … the most outspoken play around.” It spoke up about a subject, said Rich, that “justifies its author’s unflagging, at times even hysterical, sense of urgency.” Barbra Streisand picked up the film rights and held onto them for years, but couldn’t raise the money to get the movie produced so the screen project languished.

I saw the play in Calgary 18 months after it opened in New York, and felt it had already lost some of its urgency. “What might have been a timely piece of theatrical pamphleteering now seems as removed from us as the electioneering slogans of [a defeated Calgary mayoralty contender],” I wrote in my Calgary Herald review. But, I added, the play should serve as a point of departure for future discussion about one of the major public health issues of the 20th century.

The play was revived on Broadway in 2011 and proved to be as hot — if not as infused with the same sense of immediacy — as the production that had scalded New York in 1985-86. “It blasts you like an open, over-stoked furnace,” wrote Ben Brantley in The New York Times. “Your eyes are pretty much guaranteed to start stinging before the first act is over.”

And now comes the HBO movie, directed and partially financed by Ryan Murphy, the force behind such television shows as Glee and American Horror Story. According to a New York Times preview, the drama has now become more of a documentary — a warning cry from another time — than an urgent political statement about continuing indifference toward the ongoing problem of HIV infection. But, writes Neil Genzlinger, it still serves as an important reminder that complacency and indifference are rarely the right responses to things that seem on the surface like other people’s problems.

Kramer, now 78 and in poor health, is relieved to have lived long enough to see his work finally come to the screen after being hospitalized early this year for serious intestinal problems that he says are not AIDS-related. He says he hopes the movie will inspire young gay people to take up protest politics because the fight is not yet over. “Considering how many of us there are, how much disposable income we have, how much brain power we have, we have achieved very little,” he tells the Times. “We have no power in Washington, or anywhere else, and I say it over and over again, it’s as if it falls on deaf ears. It doesn’t occur to people how to turn that around.”

His advice to future protesters is to be as strident as he was during the years when the diatribes in his play were echoes of the speeches being delivered on the sidewalks outside the theatre. “It’s about speaking up, being a buffalo if you have to, being mean if you have to,” he says. “You do not get more with honey than with vinegar.”