HBO’s “Show Me a Hero:” Q&A With David Simon

HBO’s TV series Show Me a Hero: In an America generations removed from the civil rights struggles of the 1960s, the young mayor (Oscar Isaac) of a mid-sized city is faced with a federal court order to build a small number of low-income housing units in the white neighborhoods of his town. His attempt to do so tears the entire city apart, paralyzes the municipal government and, ultimately, destroys the mayor and his political future. Paul Shiraldi/HBO

David Simon’s new HBO miniseries “Show Me a Hero,” which premiered last Sunday, is the harrowing tale of a hopeless battle. Based on a nonfiction book of the same title – written by former New York Times reporter Lisa Belkin – the show dramatizes the real fight that took place 25 years ago in Yonkers, New York, after a federal judge ordered public housing projects to be built in the wealthier (and whiter) parts of the city. 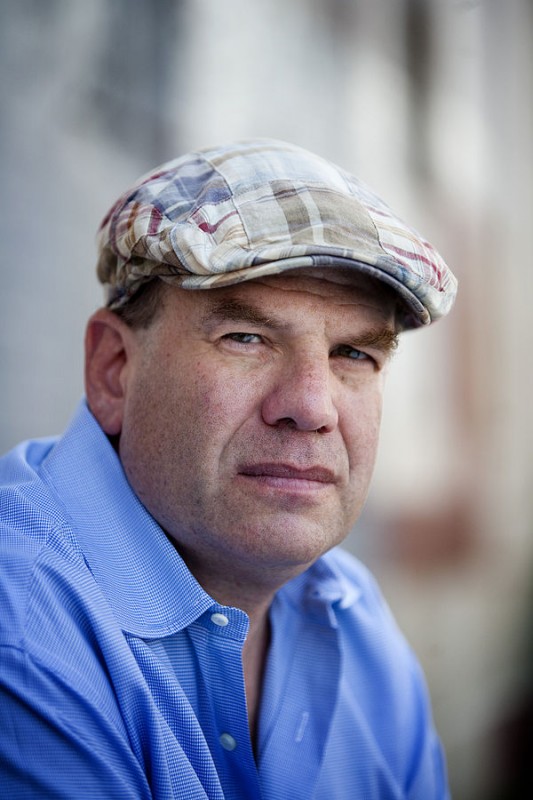 In an interview with ProPublica, David Simon discussed the legacy of the Yonkers crisis and what desegregation is all about. The transcript has been edited for clarity and length.

You said that you thought about this show many years ago. How has the project changed over time?

Very little, sadly. We optioned this book shortly after it came out [in 1999], and we were fairly certain that the dynamic of hyper-segregation was a national dynamic, that we were not just writing a story about Yonkers.

What do you mean by hyper-segregation?

White people, by and large, are not very good at sharing physical space or power or many other kinds of social dynamics with significant numbers of people of color. It’s been documented time and time again. There is a great book by Andrew Hacker called “Two Nations.” My God, it’s almost a quarter century old, but it is an incredible primer on just how specific the desire of white America is to remain in a hyper-majority.

The reason we wanted [Lisa Belkin’s] book was that Yonkers was a place where the housing department actually got the housing right. They didn’t overwhelm the neighborhood with a massive project or hundreds of walk-up units. They were trying to do scattered-site housing for the first time, which has been this quiet revolution in public housing. It works, it doesn’t destabilize neighborhoods. But you were dealing with people who were entrenched behind the same fears as previous generations….

This project kept getting bumped a little bit to the back burner but every time we bumped it, in talking about it with the HBO executives, we’d say, “You know what, look, it just happened to Baltimore.” They tried to do the same thing with scattered housing in eastern Baltimore County, and the white folks went batshit, batshit crazy. At every point, there was a new fresh example that the dynamic was still there, that the racial pathology was still intact. And I think it has only become more pronounced. The show was greenlit before Ferguson, before Baltimore, before Charleston.

If you had written the screenplay after these events, would you have changed anything?

No, no. First of all, “Show Me a Hero” is not about police violence. It’s certainly not about a white racist backlash against changing demographics, which is how I would characterize the Charleston or Lafayette shootings. Part of the implied power of the piece is we are taking you back 25 years and nothing has changed!

Lisa Belkin wrote an op-ed in The New York Times a few days ago saying she viewed Yonkers, at the time when she was doing her reporting, as a place of hope. She expected desegregation to happen around the United States as a result. That didn’t happen. The NAACP didn’t pursue the same cases anywhere else.

Nor did the Justice Department because of horrible resources.

Why do you think that happened?

Because of how blistering Yonkers was, how insanely volatile and irrational Yonkers was. You have to remember that this case was brought at the end of the Carter administration. There wasn’t a single civil rights action filed by the Justice Department from 1980 to 1988 that mattered. Reagan effectively shut down the civil rights division of the DOJ. Then you had Clinton, who was doing everything he could during the Gingrich years to maneuver to the center. The reason you didn’t have aggressive use of this legal precedent under Clinton is the same reason you have those omnibus crime bills that filled up prisons as fast as we can construct them. Bill Clinton’s triangulation with the political center made things like fair housing prohibitive for his political priorities.

In the show, no one really wants the housing either. The NAACP is already tired of the whole ordeal before any units were built.

You have to remember, they filed the case in [‘80]. It was litigated. They are now in 1987, and they can’t get the goddamn city to name a geographic site to build house No. 1…

But the truth is, the 200 units were built. They are still there, and there has been no increase in crime in those neighborhoods as a result of it. There has been no substantive decrease in the housing values in Yonkers. There was a brief dip as there was some fundamental white flight, mostly surrounding the school desegregation portion of the civil rights suit, which is a whole other can of worms.

The population in Yonkers is now probably about 56 percent white, 44 percent people of color, heavily Latino. A lot of people, with a certain amount of unknowing racial malevolence, say “oh, look, it was 80–20 white, now it’s almost 50 percent people of color. See what happens? Look at all that white flight.” But in 25 years, the population of the New York metropolitan area has been transformed.

What desegregation is about is not about keeping Yonkers 80–20 or 75–25. This is about the browning of America. We are becoming a less white country. The trick is, can we become more brown without destabilizing ourselves and without having gated white communities and ghettos?

Did you hear from current residents as you were filming?

We talked to all the people in the book, some of whom are still living in those townhouses. I mean, did I go take a poll of random people in Yonkers? No. But every time we set up and started filming, people would come over, and we talked to people who were unrelenting in their belief that what was done was illegal and that the judge had no right to do this and that it was an affront to their freedom and their liberty. They would come and tell us that, and we’d say “well, okay…”

Did anyone object to you filming at, for example, the actual city hall of Yonkers? Or that this could reopen wounds?

No, the mayor appeared with us in Yonkers. I’m sure there are people who didn’t want to see the story made at all. But, you know, I’m not used to making shows that everyone agrees with, so I wouldn’t know what that would feel like anyway.

With two episodes down, is there anything that viewers should remember, have in mind, when they watch the next two on Sunday?

I certainly don’t want to tell people what to watch until they watch it. Just that we were very true to the history. This is all predicated upon a 40-year history of American government at the federal, state and local level using public money to purposefully hyper-segregate our society. Poor people didn’t end up all packed into housing projects in one square mile of Yonkers by accident. It was a plan. It was a plan in Chicago, in Baltimore, in Dallas and everywhere that took federal housing money since the 1930s.

The records, the history of it is in plain sight. I have nothing but contempt for anybody who says that [the racial integration of Yonkers] was social engineering by this judge. Really? You want to parse it that way? What bullshit. The social engineering begins in the 1930s, with FHA mortgages and with the first public housing monies in the New Deal. Republicans and Democrats are both complicit.

The idea that the social engineering starts at the moment that somebody might want to restore somebody to their full civil rights, 40 years into the rigged game. And that’s when you object? Sorry, that’s racist to begin your argument there.

This piece originally was published by ProPublica, a Pulitzer Prize-winning investigative newsroom. Sign up for their newsletter.