Oliver Sacks brought us into his patients’ inner worlds 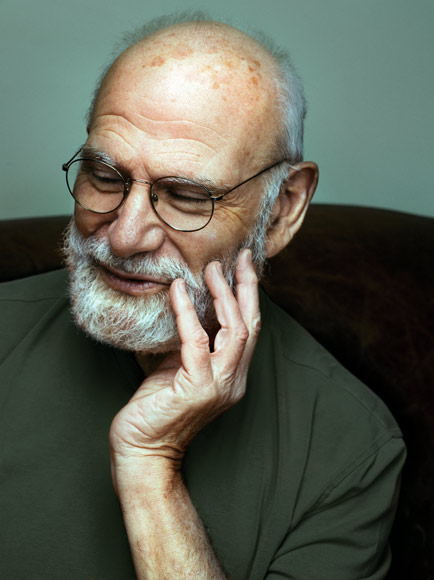 Oliver Sacks achieved global public renown because his writings melded two particular traits that cut across his dual role as doctor and writer: his focus on single patients rather than large populations and his profound empathy.

These unique characteristics underpinned the distinctive contribution that the famed neuroscientist – who recently died of cancer at age 82 – made to the public’s understanding of medicine.

Like no other writer, he showed readers how a compassionate doctor can treat the most misunderstood and marginalized patients by accessing their mysterious inner worlds.

Scientists who study neurological conditions such as Parkinson’s will often study the condition across hundreds or thousands of patients, searching for common traits that will lead clinicians to the core of the disorder.

The more patients in a study, the stronger the evidence for scientists to draw general conclusions about the condition. One case is viewed as the weakest form of evidence. (Old joke: what is the plural of anecdote? Data.)

But Sacks, in contrast, saw the nature of neuroscience written in the lives of single patients. And he rendered those lives in vivid prose.

Dr P, the eponymous character in his bestselling collection of essays The Man Who Mistook His Wife for a Hat, was not a generalized abstraction. He was a charming man, a singer and music teacher.

But, wrote Sacks, a massive tumor or degenerative process in the visual parts of the brain meant he could not recognize objects in the world. When asked by Sacks to put on his hat, he reached and grabbed his wife’s head.

Through a step-by-step process of observation and reflection, Sacks shows readers how Dr P used music to navigate the world: he could only perform tasks, like getting dressed, while singing quietly to himself.

Sacks’ focus on the detailed description of single cases also differentiated him from other scientist-writers. Stephen Hawking’s A Brief History of Time and Richard Dawkins’ The Ancestor’s Tale are examples of books that presented sweeping narratives, taking place over eons.

Sacks, instead, went for vivid description of the single life.

For Sacks, it was both a scientific method and a literary device. Its wider consequence was that popular science books became ways to transmit original, compelling scientific evidence and ideas to mainstream audiences.

The second characteristic that underpinned his success as a doctor and writer was his uncanny empathy.

As Sacks wrote in An Anthropologist on Mars:

The realities of patients, the ways in which they and their brains construct their own worlds, cannot be comprehended wholly from the observation of behavior, from the outside.

In one chapter, Sacks introduces readers to Dr Carl Bennett, a surgeon with Tourette’s. Sacks travels to Bennett’s house and hospital in British Columbia, where he witnesses the surgeon’s incessant tics and twitches at home – but flawless composure in the operating room.

Sacks shows readers how the manifestations of Tourette’s vanish once Bennett assumes the role of surgeon and engages in the rhythmic routine of surgery.

On a personal level, I identified with this technique, and in a way, Sacks diagnosed me through popular science. Browsing in a bookstore as a student, I flipped through Sacks’ Migraine, first published in 1970. I read descriptions of patients with the condition. I saw in its pages drawings by migraine sufferers showing how their vision was disturbed at the onset of a crippling headache.

For years, I’d had the same (then unexplained) headaches, the same visual disturbances – zigzag lines in front of my face, half my vision blurred.

Sacks had described my experience perfectly – from the inside.

The New York Times once called Sacks “a kind of poet laureate of contemporary medicine.” But that description, for me, does not fully describe Sacks’ distinctive ability to move between the roles of doctor and writer, putting the individual at the center of medicine and understanding one single patient at once objectively and subjectively.

The preface to An Anthropologist on Mars describes his work best. There, Sacks explains that he gave up much of his hospital work in order to visit patients where they lived their lives, offering “house calls at the far borders of human experience.”

His distinctive sensibility as a doctor-writer explains why one million copies of his books are still in print in the United States – and will continue to be read and used as models for future forays by other writers into the human condition.

Declan Fahy, Lecturer in Communications, Dublin City University. This article was originally published on The Conversation. Read the original article.