The reading room of the British Museum in London. Photo by David Iliff, Creative Commons via Wikipedia

By Dinah Birch, University of Liverpool, The Conversation
July, 2014

This year’s run-up to the naming of the Man Booker Prize winner has just begun, with the announcement of the 13 novels that make up the longlist. They will soon be dissected and analysed by readers and critics all over the world. For the first time, the prize has been open to writers of any nationality, as long as their work was originally in English and was published in the United Kingdom.

Judging any literary prize is tough, but the size of the task confronting the panel of the Man Booker Prize is enough to make anyone shiver. I was among the five judges in 2012, and the experience turned out to be one of the most demanding and exhilarating of my life. We read a total of 145 books – in about half a year. Most of them were put forward by their publishers, but a few were those we called in ourselves. It’s hard to believe, looking back, that we voluntarily added to our burdens, but we were crazily eager to include every serious contender. So, how was it done? Many people, understandably, assume that we just read part of the submissions, or divided the books between us.

In fact, there was no division, and no dodging. Each of the judges read the entire list and we all worked through them in the same order. Proof copies started to come in well before Christmas and the longlist was announced in late July, so we had seven months to complete the reading. Some short works could be dispatched quickly, which was just as well, but others refused to be rushed.

We had monthly meetings to share our verdicts, discussing each novel in turn. The panel had plenty of professional experience in reading quickly and carefully – and that made a difference. But mostly the work was done by abandoning much that we take for granted in day-to-day life – including, as I recall, any kind of social life or domestic responsibility (we were all blessed with patient and tolerant partners). Every spare moment, and some moments that were not really spare, was spent with heads buried in a book. We became obsessed, immersed in a world of fiction.

Our brief was simple. We were looking for the “best, eligible full-length novel in the opinion of the judges”, as the terms of entry stipulate. The prize is not given to an author on the basis of reputation or life-time achievement, but to the novel that in our collective judgement was the “best” to be published that year. We hung on to that fundamental point. It helped us to be clear about our priorities, and stiffened our resolve to set aside the work of distinguished writers, if we felt that novels by less familiar names had stronger claims. We were equally determined not to allow “opinion” to degenerate into whim, or personal predilection.

Our meetings were hugely enjoyable, but they were also intellectually rigorous. Our chair, Sir Peter Stothard, insisted that our choices must be backed by evidence and argument, founded on the reasoned analysis of the conceptual and stylistic strengths of the novels we were scrutinising. Perhaps our instincts as a panel were unusually academic, but the meetings often felt like the most testing kind of seminar, where no-one was allowed to get away with sloppy thinking. This was a powerful inducement to keep up the work rate. It would have been impossible to argue for or against any particular book if you hadn’t read it, didn’t have notes, hadn’t thought through your response.

The process of judgement was disciplined and methodical, but what lingers in my memory is the dizzying excitement of the reading. Encountering so much fiction in such a short space of time, most of it of high quality (there were few duds), was a strange and intoxicating experience. Even now, two years after my time as a judge, I can recall in precise detail passages and scenes from dozens of novels that didn’t make it onto the longlist, but had nevertheless exercised an iron grip on my imagination. It has become a cliché to note that fiction constantly defies prophecies of its imminent demise in a digital world, but reading those novels (some in hard copy, some on mobile devices) was a heady confirmation of the exuberance of the form.

Extending the scope of the prize to include writers of any national background means that American writers are now eligible, though publishers will not be entitled to submit more books under the new rules, so the number of novels on the judges’ list will not grow. Fiction is increasingly global in its origins and reach, and I welcome the change.

I doubt whether it will affect the essentials of the process – reaching the end of a chapter and noticing with dismay that it’s three in the morning; the lip-gnawing frustration of failing to persuade your fellow judges to admire a book that left you awestruck; the swell of satisfaction when a consensus is finally reached, and a winner emerges. For us, it was Hilary Mantel’s brilliant Bring up the Bodies. I’m looking forward to discovering what it will be in 2014. 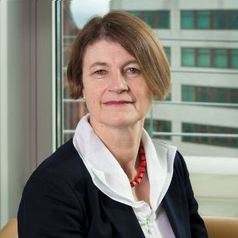 Dinah Birch does not work for, consult to, own shares in or receive funding from any company or organisation that would benefit from this article, and has no relevant affiliations.

Dinah Birch is an academic and literary critic. She is Professor of English Literature at the University of Liverpool, and currently serves as the university’s Pro-Vice-Chancellor for Research and Knowledge Exchange; she previously taught English at Trinity College, Oxford. She specialises in Victorian literature, and has published extensively on writers including Charles Dickens, Charlotte Brontë, Emily Brontë, and Alfred Tennyson.

She was a member of the jury for the 2012 Man Booker Prize.