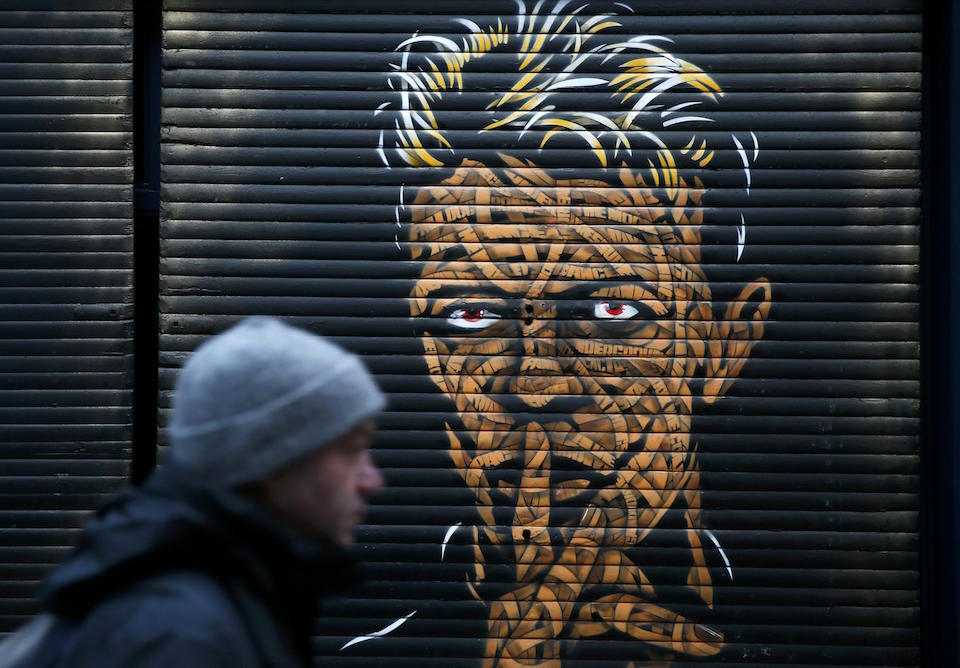 A man walks past a painting of David Bowie of shop sutters in Brixton market, south London, January 11, 2016. REUTERS/Stefan Wermuth

Musician, actor, icon and entrepreneur. David Bowie was an innovator in every way. He stepped into the vacuum left by the Beatles’ break-up in 1970 and developed an array of strategies that have gone on to become the common sense of popular culture and of business itself. 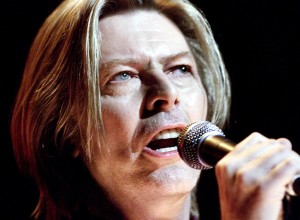 Before Bowie, The Beatles were the driving force behind the rise of ubiquitous popular culture. They made a virtue of innovation and established music as an index of lifestyle. What business learned from the late-70s onwards was that commodities needed to be sold in ways that chimed with individual decisions about self-expression and identity. Bowie was the pop star who embodied this logic.

Through his Ziggy Stardust persona, Bowie united the visual and narrative conceits of science fiction with those of pop in a way that allowed him to at once be and yet not be that invented character. Having gained an audience, it was then a business masterstroke to kill off this successful creation and to trust that his audience was now primed to accept and delight in successive incarnations and their associated musical genres.

This allowed Bowie to always be “himself” (whoever and whatever that was), while enjoying the licence to pioneer different genres of music – whether electronica, funk or emergent dance music. He combined print, stage and video design to create symbolically rich and dramatic settings for his different alter egos, using them to carry and complete his latest incarnation.

Bowie presaged branding and showed how a successful brand should conduct itself – with verve, panache and cultural insight. He developed a rapid astuteness in managing himself as a brand: he limited access to his personal life, while his challenges to gender convention were both brave and headline-grabbing. His musical collaborations were also guaranteed to fuel his myth – Bowie is probably the only popular cultural figure who connects Bing Crosby with Freddie Mercury.

So strong and savvy was this brand management that he survived a decision to leave Victoria station in an open-topped Mercedes while waving to a waiting crowd in a way that recalled (deliberately or not) the style of fascist leaders. For anyone else this would have been a fatal career move, but Bowie survived it to supplant the Beatles as a cultural giant.

Visually as well as musically, Bowie’s influence shaped popular music for two decades from the mid-70s. There would have been no Human League, Culture Club, Spandau Ballet, Joy Division or Placebo without him. And there would also not have been the type of indie rock that traced its origins to The Velvet Underground. The key difference between Bowie and the Beatles was that, while the Beatles were a key ingredient of the “Summer of Love” of 1967 and took their cue from US West Coast bands, Bowie embraced the New York sound of The Velvet Underground and the artistic sensibility of Andy Warhol.

Warhol’s representation of consumer packaging as art pioneered a culture in which pop stars embraced rather than repudiated commodification. Bowie was a conduit for this. His foray into financial markets (with the Bowie Bond in 1997) and e-commerce (with the service provider BowieNet in 1998) demonstrate what a fine, and easily-crossed line there is between the desire to be a self-defining individual and the process of destroying collective structures so that the only defence the individual has when reduced to the pawn of market forces is to become more marketable.

Bowie declined as someone who could sell pop records from the late-80s onwards. In the UK, the club culture that Bowie’s music helped to inspire gave rise to the DJ and the producer as the new force for innovation, while rock music, in the form of Oasis, reached back before Bowie for its inspiration. Subsequently, even as his cachet remained high, Bowie’s health faltered, notably following heart surgery in 2004. His comparative inactivity over the past decade can be attributed to this and the release of Blackstar just two days before his death now appears valedictory.

None of this diminishes him as an inspirational force. He has left an indelible legacy and as business, more widely, learned from and now informs popular cultural production, it should revere David Bowie as one of its muses.

Mike Jones is Course Director MA (Music Industries), at the University of Liverpool. This article was originally published on The Conversation. Read the original article.
Reader-Supported Facts and Opinions survives on an honour system. Try one story at no charge; chip in at least $.27 apiece for more. If you value no-spam, no-ads, non-partisan, evidence-based, independent journalism, help us continue. Details.