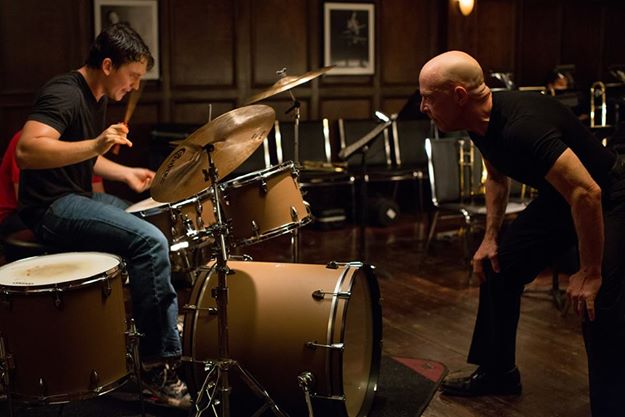 Amid Golden Globe recognition and Oscar buzz, Damien Chazelle’s film about a young jazz student and his abusive teacher is pulling in viewers who would normally run screaming from the words “drum solo”. The exhilaration of the last ten minutes, a performance of Duke Ellington’s Caravan, has encouraged a new audience to investigate the jazz pantheon.

Despite this, there is a growing feeling in the jazz world that Whiplash is hurting the music. It’s been variously criticised for being joyless, for getting the music and its history wrong and for eliding the contribution of black jazz players. Some writers have been using “melodrama” as a dirty word.But these criticisms miss something that the general public instinctively understand. Whiplash is not solely concerned with jazz. It is as much a study of alienation and abuse. And so its inheritance is not from jazz history – but from a sub-genre of expressionistic films about obsession and losing one’s humanity. Powell and Pressburger’s The Red Shoes and Martin Scorsese’s Raging Bull are the real antecedents of Whiplash.

In popular culture, jazz has usually been characterised by emphasis on the physicality of its performers. The heroes of the bebop era were immortalised by the chiaroscuro photography of Gjon Mili and Herman Leonard. But unlike previous jazz films such as ‘Round Midnight (1986) or Bird (1988), Whiplash largely avoids the modernist compositions of jazz photographers, which romanticise the creative process.

In contrast, young student Andrew Neiman (Miles Teller) is framed in confined surroundings, his movements dictated by the hands of the tyrannical conductor, Terence Fletcher (J K Simmons). The camera is entranced by Simmons’s large flat hands, circling them as they count in the band, cutting to them each time he halts the music with an angry fist. Neiman and Fletcher, pupil and master, become orbiting bodies, their relationship visualised in single shots that whip-pan between them.

Whiplash is also unusual for a film featuring jazz in that it does not glorify improvisation. Indeed, improvisation is irrelevant. For the young musicians of Shaffer Conservatory, success is a matter of fighting dirty in order to gain acceptance. Conforming to Fletcher’s demands is the devil’s bargain that may lead to a gig with the Lincoln Centre Orchestra.

A common trope of the musician biopic is the suggestion that talent is inherent. But in Whiplash, achievement is the result of agonising work, an incremental and painstaking mastery of discipline. I can’t bring to mind another film with as many shots of musical notation. Neiman’s success – if we can call it that – is pictured in visceral terms, in lingering close-ups of bodily fluids: blood, sweat and a single tear.

Traditionally in jazz films, the conductor or bandleader has represented commercial forces that restrain creativity. Simmons’s performance inverts this convention by making Terence Fletcher monstrous, a seething whipcord of hatred and humiliation.

The film delights in offering us glimpses into Fletcher’s interiority, only to snatch them away. Neiman unexpectedly finds Fletcher sitting in at a jazz club. Those large hands – so devastating when pointing, slapping, balling into a fist – tenderly pick out a piano solo. We are fooled for a moment into thinking that we have seen the “real” Fletcher. And then those big reptilian eyes slide over the room until they find Neiman.

In a critique of the film, The New Yorker’s Richard Brody suggests that it exposes its fraudulent jazz credentials by exalting (white) drummer Buddy Rich and by getting a Charlie Parker anecdote wrong.

Brody overlooks the film’s commentary on the role of myth and anecdote in jazz and the way that each generation appropriates these myths to their own end. Fletcher has even crafted his own fable of genius around a deceased former student of his, Sean Casey. Similarly, Fletcher’s unrelenting deluge of homophobic and racist insults, not to mention his casual sexism, vocalise a set of anxieties which have structured the Hollywood jazz film since its inception.

So Whiplash is not principally concerned with the dynamics of a jazz ensemble, or of connection with an audience. It is about the agony of the individual. At a family dinner, Neiman mocks the idea of team sports or of even having friends. Characters constantly wear earphones, isolated in their musical obsession. The film is bathed in a sickly orange-yellow, unsettling and unhinged. There is a consistent interest in textures seen in lingering close-up – the tension of a drumskin; the smoothness of a cymbal; the veins, scars and pores of our protagonists.

The film poster for Whiplash recalls Saul Bass’s work for Hitchcock and this is entirely appropriate. Audiences know what jazz critics do not – that this is a horror film. Look at the fire in Fletcher’s eyes during Neiman’s final solo and the expressionistic flickering of lights as the camera crash-zooms. This is the moment when one psychopath creates his successor. 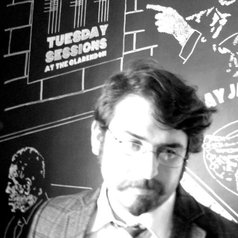 Nicolas Pillai is a Researcher in Jazz and Visual Culture at Birmingham City University.