Can clean power plants be things of beauty? 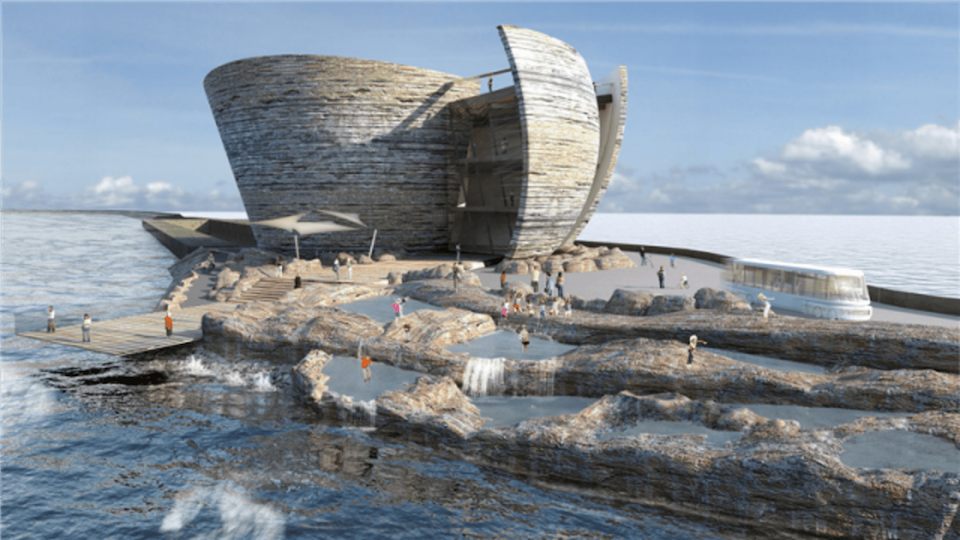 Energy suppliers often refer to their industry as being caught in a “trilemma”, as people demand electricity that is both secure and cheap, while also being clean.

But maybe it’s time to add a forth consideration to the list – beauty.

United Kingdom energy minister Amber Rudd seems to agree. Speaking last year about nuclear energy, she stated: “I think it is a reasonable ambition to make sure that these big projects have aesthetic appeal as well [as being functional] to help win the public over.”

Yet there are two problems to look out for. First, it is unreasonable to merely mask controversial or potentially environmentally damaging developments with a veneer of “attractiveness”. Managing public opinion with pretty designs does not supplant other valid concerns such as the choice of location or huge construction costs.

Second, even where “beautiful” design is sought as part of an environmentally responsible scheme, how individuals define and perceive “beauty” will certainly be a highly variable affair. One person’s majestic wind turbine is another person’s imposing eyesore. Like any type of architecture, judgements about beauty will depend on highly personal preferences, and how the new design relates to its existing context.

The quest to find an appropriate aesthetic when designing novel infrastructure is not new. When the Victorians built the UK’s railway system a century and a half ago, the scale of this new technology and the visual and environmental changes it brought to urban and rural landscapes alike were immense – and hotly debated.

Engineers and architects designed large viaducts and impressive stations to be beautiful as well as functional. Though their alien structures were decried by some as ugly impositions, with time those same buildings have come to be part of the cherished character of British landscapes.

In the 1950s, nuclear power once again called for unprecedentedly large and unusual buildings. At Trawsfynydd in Wales, the leading designers of their time took up the challenge. Architect Sir Basil Spence and landscape architect Dame Sylvia Crowe designed a nuclear power station in a bold modernist style.

Although decades have passed and the plant has been decommissioned, opinions about its aesthetic value continue to be divided; some praise the architecture as “optimistic, triumphant [and] pioneering” while others would be happy to see the building completely disappear.

We need innovative and sensitive design ideas for new energy systems, not just to “win over” the public but to actually improve the environment. Recent examples of well considered and multifunctional energy landscapes do exist.

At Georgswerder Energy Hill in the German city of Hamburg, large wind turbines stand proudly atop an artificial mountain of landfill in a post-industrial area. Purified groundwater onsite is captured and used for energy, and the sunny side of the mountain is graced by solar panels. Visitors learn about renewable energy at a visitor centre before walking up to an elegant public “horizon line” walkway that encircles the mountain and gives expansive views of the city beyond.

In Norway, the Øvre Forsland hydroelectric power station similarly aims to be educative, to reflect the local context, and to unapologetically attract attention.

One interesting example on the drawing board is the proposed Tidal Lagoon Swansea Bay. The power station consists of a large artificial lagoon formed by a sea wall, with water allowed in and out through underwater electricity turbines. Electricity is harvested from the difference between low and high tides.

The plans include space for walkers and cyclists along the top of the sea walls, and an iconic, ark-shaped offshore visitor centre (pictured above, by Juice Architects) on the far side of the lagoon. Landscape architects LDA have already received the highest accolade in their field – the Presidents’ Medal – for creatively developing a scheme which “puts place-making at its heart and seeks to integrate a major renewable energy project into the lives of local people”.

Given the grim consequences of climate change and the political stakes associated with generating energy, the question of aesthetics may seem trivial. Investments in renewables obviously need to be based on more than just appearances.

However, as society quickly transitions to better sources of energy, designers are embracing the opportunity to reflect and celebrate the change. Seeing how big power plants, as well as hugely important small-scale community initiatives, can fit within the landscapes that people use and enjoy is a real challenge.

There will probably never be a power plant or solar panel that everyone deems beautiful. But debating beauty and design alongside function is vital to achieve better renewable energy developments.

Nicole Porter is an Assistant Professor, Architecture & Built Environment, University of Nottingham. This article was originally published on The Conversation. Read the original article.

Real journalism is not free. If you value evidence-based, non-partisan, advertising-free and spam-free journalism, support Facts and Opinions, an employee-owned collaboration of professional journalists. We need at least .27 per story — and appreciate all sustaining contributions. Thanks for your interest.  Details here.