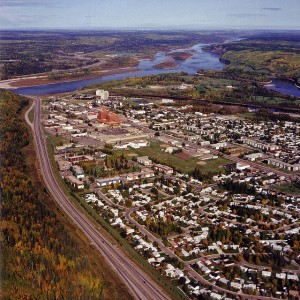 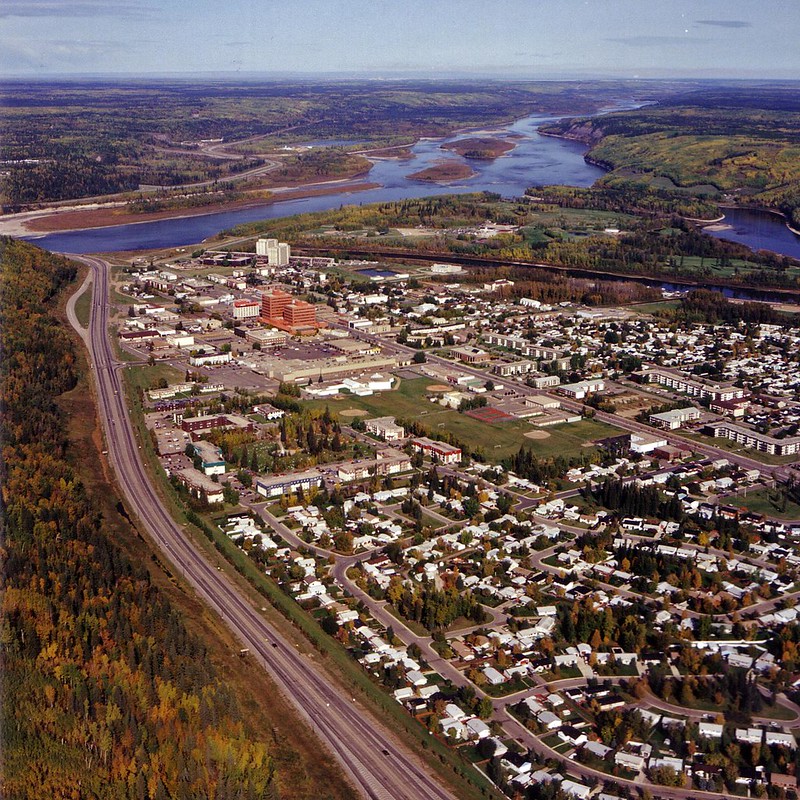 Fort McMurray and the Oil Sands
An aerial photograph of Fort McMurray Alberta. Fort McMurray is predominantly an oil sands mining town (the mines are 30 to 60km north of town and just visible on the horizon of the photo). With the boom in oil sands, the town has grown to almost 70,000 people in recent years.

The photo shows part of downtown and the confluence of the Clearwater and Athabasca Rivers. Highway 63 is visible in the foreground, the red buildings are the Provincial Building and City Hall. The Athabasca flows north (towards the top of the photo) eventually heading to the Arctic Ocean.

Thhe photograph is taken out the open door of a small Cessna airplane — it was about +1C, so it was quite cold in the plane — we had our parkas on. Early in the morning, the air is still, and this offers a chance to capture the fall colours. The photo has taken with a Hasselblad 500C, with an 80mm lens, and Ektar 25 film.

We lived in McMurray for 17 years and loved it. I’m back a few times a month.

This photo was featured in the September 2013 issue of Alberta Views magazine.