Today Canadians head to the polls for Canada’s 42nd federal general election. The campaign, one of the longest in Canadian history, has been ugly and divisive. Canada’s three traditional parties, the incumbent Conservatives, Liberals, and New Democrats, are challenged not only by the Greens and, in the province of Quebec, the Bloc Quebecois –but this year also by large blocks of organized strategic voters, bent on electoral reform of Canada’s anti-democratic first-past-the-post system.

Following are essays and columns that, together, attempt to capture the national desire for change suggested by opinion polls after 9.5 years of Conservative rule. Tonight — following the only poll that matters in the end, at the voting booth — Canadians will find out if change prevailed. 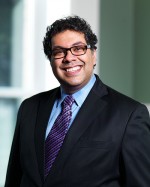 The Canada We Hope For. By Calgary Mayor Naheed Nenshi

Crafting an ideal Canada—the Canada to which we aspire—lies in engaging muscularly with the past and the future. It means a thousand simple acts of service and a million tiny acts of heroism. It means acting at the community level: on our streets, in our neighbourhoods, and in our schools. It means refusing to accept the politics of fear. And then it means exporting the very best of Canada, that ideal and real Canada, to the rest of the world.

“Throw the bastards out.” By William Thorsell

Not in recent times have Canadian voters had an opportunity to “throw the bastards out” in the classic phrase. Elected officials generally leave office before such public urges get to them. Knowing when to leave is among the more elegant qualities of any CEO, but then Mr. Harper has never laid claim to elegance.

Canadians are committing an act of insanity. On October 19 millions of Canadians are marching to the polls to repeat a time honoured tradition: throw the rascals out! The rascals in this particular situation happened to be the Conservative party who without a doubt deserve to be thrown out. But the more things change the more they stay the same.

The shambles of Canada’s democracy, and paralysis in the face of existential economic, environmental and civil threats to the country I call home, drove me from being a lifelong, carefully non-participatory journalist observer of politics, into activism during this federal election.

Poet and professor Stephen Collis,  and biology professor Lynne Quarmby, were awarded the Nora and Ted Sterling Prize in Support of Controversy at Simon Fraser University in Vancouver on Oct. 13. Here is Stephen Collis’s acceptance speech: “Here’s perhaps a bit of controversy: we’re not living in a democracy. Not, at least, if we take seriously the idea that a democracy is a system of rights and freedoms enshrining the self-determination of a community’s constituents. As many thinkers are now pointing out, western democracies in fact function much more like oligarchies …”

When my grandparents arrived from Japan in the early 1900s, Canada was far less tolerant than it is today. Women and minorities couldn’t vote, nor could Indigenous people who had lived here from time immemorial. In 1942, the government took away my Canadian-born family’s property and rights and sent us to an internment camp in the B.C. Interior simply because of our ancestry. Canada has come a long way in my lifetime.

There comes a moment when every country goes through a “dark night of the soul.”  Canada’s was evident this month, after some buffoon named Chris Alexander, apparently Canada’s immigration minister, said that if re-elected in the October 19 general election, the Conservative party would install a tip hotline, so people could inform on their neighbours practicing “barbaric cultural practices.”

Why it’s right not to vote in Canada. Tom Regan, Summoning Orenda column

There’s a brouhaha as Canada prepares for the upcoming federal election, over whether Canadians like me who live abroad should have the right to vote after being out of the country for a certain period of time. We should not. Even if I had the right to vote in election Canada I wouldn’t use it.

Spoken Word artist, poet and author Shane Koyczan has this to say about Canada’s state of politics:

John Oliver weighs in, breaking the Harper Government’s law against foreigners telling Canadians how to vote.  (Which is a joke in itself.)

Update:  William Thorsell’s editorial and the John Oliver video were included after this blog was originally posted