Welcome to Facts and Opinions. Enjoy one story at no charge. If you value our work, please chip in at least .27 per story or $1 for a day site pass, using the “donate” button below. Click here for details. Real journalism — no spam, no ads — has value. Thanks for your support.

Hurricane Patricia caused less damage than feared on Mexico’s Pacific coast on Saturday, but little was known about an isolated part of the shoreline dotted with luxury villas and fishing villages, where the storm and its 165 mph (266 kph) winds landed.

Benjamin Netanyahu’s continued racist and potentially internationally criminal actions have made things so bad in Israel, one really has to question how long the country can survive with him as its leader.

Forty-seven years ago in the United States, the Democrats found themselves going into their Presidential nomination process rather at sea. Does this sound familiar? Does it look like a mirror image of today? Today it is the Republicans who are in disarray. And it all has to do with the boomers.

Justin Trudeau’s speech to his kids, by Penney Kome

In many ways, Justin Trudeau and Canada’s newly-elected Liberal government are fortunate coming to office at this time when the whole associated field of Canada’s foreign, defence, trade and development aid policy is a wasteland.

Fish numbers are rapidly dwindling globally, and fishery subsidies are one of the key drivers behind this decline. In 2009, these subsidies totalled about US$35 billion, creating incentives for fishers around the world to increase their catch. But this short-term “race to fish” is jeopardising the long-term environmental, social, and economic security that fisheries offer us all. 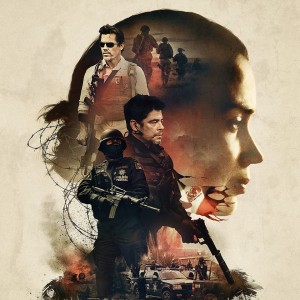 Sicario: a movie that haunts. By Sebastian Rosella, ProPublica

I saw the movie “Sicario” the other day. And it reminded me why the border still haunts me. “Sicario” is an important contribution to a cinematic genre that examines the dark realities of the U.S.-Mexico border. The film centers on an FBI agent in Arizona who joins a shadowy, CIA-led task force pursuing a Mexican drug lord. She becomes alarmed by secretive, brutal methods that leave a trail of corpses. She discovers that the unit’s mysterious Colombian “consultant” is an assassin (sicario) unleashed by the U.S. government on the cartels.