If elected president of the United States, Donald Trump has promised to “open up” libel laws so he can sue news organizations like they’ve “never got sued before.” While the First Amendment is still intact, ProPublica compiled a list of some articles he might have his eye on.

Trump’s Bad Bet: How Too Much Debt Drove His Biggest Casino Aground

In 1988, when Donald Trump took control of the Taj Mahal (the Atlantic City hotel-casino, not the Indian palace!), he promised to finance his operation without junk bonds. Banks, he said, would line up to give him loans. They didn’t. So, Trump took on the junk bonds he said he wouldn’t need, and the hotel-casino sank into debt. By 1991, the Taj Mahal declared bankruptcy, the first of several for Trump. The move affected Trump’s personal finances more than he’s indicated on the campaign trail—and left bitterness in Atlantic City.

For Donald Trump, Lessons From a Brother’s Suffering

In 1999, Donald Trump’s nephew, Fred Trump III, had a son born with cerebral palsy. It was yet another tragedy for Fred. Eighteen years earlier, his father Freddy (older brother to Donald) died of alcoholism at age 43. At first, the Trump family said they would pay for the infant’s medical bills, but when it was revealed that Donald’s father had cut the boy’s side of the family out of his will, Donald stopped covering his medical treatment. His parents sued, and Donald Trump told the Times the suit was settled “very amicably.”

In 2012, Trump opened a golf course in Aberdeen, Scotland, (“the world’s greatest golf course,” per its website), in part to rebuild ties with his mother’s native country. When a wind farm went up around the course, Trump wrote to the head of the Scottish government decrying the wind farms. He claimed his motivation was “to save Scotland.” He took his fight all the way to the U.K. Supreme Court—which in December blocked his efforts to shut off the wind turbines.

Donald Trump Billed His ‘University’ as a Road to Riches, But Critics Call it a Fraud

Trump University, which started in 2004 but never actually got licensed, promised get-rich-quick guidance in hotel ballroom workshops. One three-day workshop cost $1,495; a “Gold Elite” package, which came with a certificate and a picture with a life-size poster of Donald Trump, cost one man $34,995. The workshops led to three lawsuits against Trump alleging fraud, including one brought by the New York attorney general in 2013 for $40 million that’s still pending.

Ex-Wife: Donald Trump Made Me Feel ‘Violated’ During Sex

In the early 1990s, when Trump and his first wife Ivana were going through an acrimonious divorce, Ivana said under oath that Donald had raped her once. She later clarified her position to a book author, saying that she did not mean “rape” in a “literal or criminal sense,” but did feel violated. When the Daily Beast asked Trump to comment on these allegations last summer, (not long after he called Mexicans “rapists”), Michael Cohen, special counsel for the Trump Organization, threatened The Daily Beast reporter and said (incorrectly), “You cannot rape your spouse.”

TrumpNation: The Art of Being the Donald

Timothy O’Brien’s 2005 book on Donald Trump estimated that the businessman was worth between $150 million and $250 million—not, as he claimed, somewhere around $3.6 billion to $6 billion. Trump sued O’Brien in 2006 for defamation. In a 2007 deposition, Trump explained that he calculated his net worth based on his feelings. Trump lost his last appeal 2011. Last week, Trump acknowledged he had no case. “I did it to make his life miserable, which I’m happy about,” he said.

After 15 Years in Court, Workers’ Lawsuit Against Trump Faces Another Delay

A class-action lawsuit filed against Donald Trump in 1983 alleged that Trump owed $4 million to a union welfare fund for Polish workers—about 200 of whom were allegedly undocumented—who worked on Trump Tower. One of the witnesses described 12-hour days in hazardous conditions. Trump said he didn’t know about the workplace environment, or that there were undocumented workers. The case was delayed for years, finally settled in 1999 and sealed. Trump did not comment on a 2015 Daily Beast article about the litigation.

The now-defunct Spy magazine came up with the moniker “short-fingered vulgarian” to describe Trump and used it multiple times from the late 1980s to early 1990s. (It has reemerged with a vengeance in the 2016 election.) Spy magazine cofounder Graydon Carter told Politico that Trump sent him photos as recently as April, his fingers circled, with a note: “See, not so short.”

Angered by Attack, Trump Urges Return of the Death Penalty

Donald Trump took out full page advertisements in four New York newspapers on May 1, 1989 calling for the execution of black and Hispanic teenagers who had been arrested in the so-called Central Park jogger case. “The 600-word ad came a few weeks after a female jogger in Central Park was sexually assaulted and beaten. “I want to hate these muggers and murderers,” Trump wrote in the ad. “They should be forced to suffer and, when they kill, they should be executed for their crimes.” The teenagers were later exonerated and awarded $41 million in a settlement with New York City.

ProPublica is an American Pulitzer Prize-winning investigative newsroom. Sign up for their newsletter. 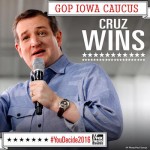 Remember when women and minorities knew their place? Illegal immigration was unheard of? Men all had good jobs? Everybody believed in the same God? (Or at least the same version.) Kids respected their parents? Terrorism was a word that kids learned about in college when studying European history? America was the most powerful nation in the world? No, you don’t remember? Then you’re likely not a Donald Trump supporter.

Politics and advertising are closely intertwined. Like a good advertisement, a good politician needs to present a compelling case for why the voter should check his or her box on the ballot over all the other options. Here, Donald Trump excels.