Most US Muslims comfortably integrated, by Tom Regan   Column

The raging Islamophobia of America’s presidential election present a very negative view of American Muslims. It is also completely false.

Nature needs a seat at the UN, by Anthony Burke and Stefanie Fishel  Expert Witness

Is our system of global environmental law and governance adequate to this crisis? No. New international institutions and laws are needed, with one fundamental purpose: to give a voice to ecosystems and non-human forms of life.

Berlin’s The ONE Grand Show, by Hannibal Hanschke, Arts Photo-essay

Aleppo will fall, but Syrian war will go on , by Samia Nakhoul  Analysis

It may take weeks or months, but Aleppo is likely to fall to Syrian government forces backed by Russian air power and the most lethal bombardment in nearly six years of war. But that  will not mean an end to the war, military and political analysts say. 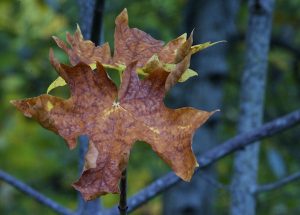 It’s Thanksgiving in Canada, marked by a long weekend holiday to celebrate the autumn harvest and express thanks. As a Canadian I am indeed grateful — but also in equal part frightened.

We have so much  — and so much to lose. What is frightening is that so many who are prosperous, who have power to protect our world, are complacent about both the warnings of history and looming environmental, social, political and economic risk. History, if we only look, shows that tragedies — like the one unfolding in Aleppo — are our normal. Most are caused by our own choices.

To say we are distracted from the big picture and the urgent need for smart choices is an understatement — the circus of American politics has obliterated news from the real world. Real news  includes: This month’s coming into force of the landmark Paris Climate Change Agreement  and a landmark agreement to curb aviation emissions;  suffering and deaths by historic numbers of refugees, causing political and social disruption of host countries; the chilling reminder of the Cold War from America’s accusation that Russia is interfering in the U.S. election; and Teresa May’s revelation that Britain’s separation from Europe — a “hard Brexit” — will be more wrenching than some expected.

And yet every news and social media feed is full with America’s poisoned politics; it seems the entire world is hanging on every twist and turn. Can any good come of it? There’s one possibility of a silver lining: sunlight.

There’s promise in the fact that the primal, festering, muck of a dysfunctional democracy, long hidden under proverbial rugs, is writhing in hot sunshine. Writ large, this U.S.  election has shone light on inequality and the rigging of America’s democracy by the powerful and monied. Writ small, the light now shows the undercurrent of sleaze, brought to the fore by revelations of on old boast about sexual assault by the most repulsive Republican presidential candidate in American history. (His name will not foul this page, and if you have just emerged from a cave and want details, I suggest the New York Times).

For months legions of Republican supporters reveled in his bigotry, cheered on his racism, misogyny, xenophobia, and vulgarity. So? Everyone knows the behaviour of some people has always been, and will always be, deplorable; the only interesting thing about the supporters is the extravagant publicity they’ve garnered. Everyone also knows about this candidate’s long term depravity. So?

So what few acknowledged until now is that much of institutional America is equally if quietly just as deplorable, and complicit. There is no other conclusion to draw from the fact that such a presidential candidate is a serious contender for the US White House. The critics who accuse him of normalizing racist, sexist and other obscenities are wrong.  Such stuff was already “normal.” His role has been to speak the unspeakable, and expose the stains and stench.

One good thing is, sunshine is a sanitizer — and it can be the start of a cleansing. That possibility is something to be thankful for.

In Case You Missed These:

Trump’s tribe and an absence of poetry/TOM REGAN  Column

We are a long, long way from Old Macdonald’s Farm. A New York Times feature looks at mass, and massive, agriculture with Super Size, the Dizzying Grandeur of 21st-Century Agriculture.

Ice and Longboats is a project to recreate the sounds of the Vikings, by the European Music Archaeology Project (EMAP). Delphian Records, EMAP and the University of Huddersfield teamed up to create a recording using reconstructions of ancient Scandinavian instruments.