« Facts, and Opinions, this week 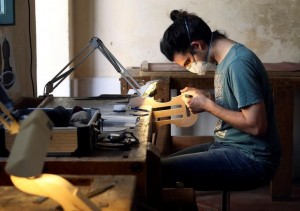 Gabriele Rossi, 25, a student from Italy, works on a violin at the Antonio Stradivari institute of higher education in Cremona, Italy, April 22, 2016. Making violins is a passion in Cremona, the ancient Italian town that has been producing them since the 16th century, but turning passion into profits has not been easy. Cremona, in northern Italy, has more than 100 workshops making violins and other stringed instruments for musicians worldwide, following in the tradition of its great violin-makers which have included Antonio Stradivari and Nicolo Amati. REUTERS/Stefano Rellandini