When governments go rogue, fail, or are toppled by forces outside their control, things break down. Quickly, ordinary people suffer. Venezuela, once oil-rich and the fat cat of Latin America, is in trouble: the government is fighting for its political life and declared a state of emergency on Friday. The Americans are eyeing it with concern.

To put the politics into context, in this weekend’s lineup F&O offers a photo essay from Puerto Ordaz, Venezuela,  that shows what happens on the ground when basic services like electricity and water are interrupted.

Also in our good reads for the week, Jonathan Manthorpe predicts a Donald Trump presidency in the US will wake up Canada, which has for too long relied on its southern neighbour. Two French academics analyse how American democracy is broken; Tom Regan writes on the disgraceful quality of North America’s media, and we take you to the town of Cremona, Italy, a town renowned for its violin makers. And our long read, we offer a tale that touches on life after death — post-mortem sperm donation.

Happy reading, and thank you for your interest in and support of our boutique journalism.

Venezuela’s struggle to keep the lights on, by Reuters

Residents of Venezuela’s southern city of Puerto Ordaz enjoy pleasant views of the Orinoco and Caroni rivers and are a half hour’s drive from one of the world’s biggest hydroelectric dams. Yet most days they suffer water and power cuts. 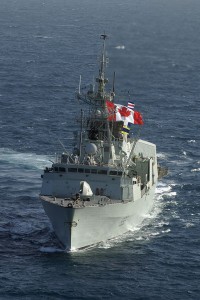 One highly desirable result of an isolationist Donald Trump presidency is that it would expose in short order the philosophical, economic, political and moral corruption that has been at the heart of Canadian defence policy since the year dot. Trump says he wants to jettison those allies who are freeloading on the United States and its taxpayers. By any measure, Canada is the worst freeloader of the whole lot.

Democracies everywhere are suffering. Voters protest. Citizens don’t vote. Support for the political extremes are increasing. One of the underlying causes, we argue, is majority voting as it is now practiced, and its influence on the media.

They say we get the government we deserve. The same is true of media. If so, then we are a stupid, shallow people, easily manipulated, poorly informed and a greater danger to democracy that any al-Qaeda or ISIS fighter. Commercial media – almost all cable TV news networks, most “news” websites and many, many papers – pay little more than lip service to quality journalism in the second decade of the 21 century.

Making violins is a passion in Cremona, the ancient Italian town that has been producing them since the 16th century, but turning passion into profits has not been easy.

When the partners of men who have died to try and have their babies, they enter the legally and ethically fraught world of post-mortem sperm donation.  Some countries have laws in place. Some don’t. Some are permissive. Some aren’t. It’s a global mess.