F&O ranges this week from extremist attacks to Starbucks’ red cups; from the trouble with America’s news media to HONY; from the science behind picky-eating cats, to how Jihadi John — reportedly killed  — came to be.  Find essential facts, and analysis that  goes behind the headlines and off the beaten track:

Focus on the Paris attacks:

The reason the media consistently ranks so low on surveys of public trust (particularly among young people) is that we don’t give the public reason to trust us. 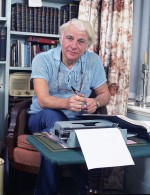 Why cats are fussy, and dogs will eat most anything. By Hannah Rowland

‘JIHADI JOHN’: how one man became the Islamic State symbol. By Scott Lucas

Mohammed Emwazi became a symbol of a complex conflict – a shorthand for the evil threatening the West as well as those in Syria and Iraq.

In the fall of 1915, New York photographer Brandon Stanton – best known for his project Humans of New York (HONY) – documented the human stories behind the migrant crisis, in partnership with the United Nations Refugee Agency.

Canadian Prime Minister Justin Trudeau made public the new federal government’s Ministerial Mandate Letters — essentially the terms of each appointment to cabinet. They are a contrast  to the extreme partisanship of Canada’s previous government: one instructs a minister to create a non-partisan, merit-based process to advise on Senate appointments. There are surprisingly detailed instructions: orders to re-open coast guard facilities in St. John’s and Vancouver. And they promise sweeping change, from banning crude oil tankers off Northern British Columbia to electoral reform. One unexpected pledge will be welcome be every journalist: to engage with journalists as “professionals who, by asking necessary questions, contribute in an important way to the democratic process.”

Last but not least, on Saturday –hours after the terror massacres in Paris — German musician Davide Martello  rolled his mobile piano to a street near the city’s Bataclan music hall, and played John Lennon’s “Imagine.”

Facts and Opinions, a journalism boutique of words and images, is independent, non-partisan and employee-owned. F&O is funded by you, our readers. We are ad-free and spam-free, and do not solicit donations from partisan organizations. You are welcome to try one story at no charge. If you value our work, please support us, with at least .27 per story. Click here for details.  Real journalism has value. Thank you for your support. Please tell others about us, and find us on Facebook and Twitter.