In the first of two Frontlines posts this weekend, F&O offers our weekly lineup of eclectic reads and stunning images for your weekend pleasure. Watch for our Focus on Canadian politics, prior to the federal election Monday Oct. 19. 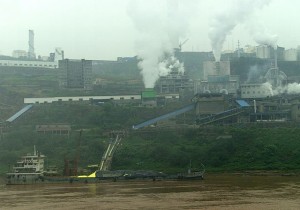 Your Smart Home Knows a Lot About You. By Lauren Kirchner, Reports

As the trend toward networked “smart homes” and “connected cars” continues, security precautions are more important than ever. But customers may not always be aware of just how much information their devices are collecting about them in the first place.

SISTER RACHEL DENTON: Out of the Cave and Onto Facebook. By Neil Hall and Angus Berwick

MARKET RASEN, England — Like any good hermit Rachel Denton rises early in the morning to tend to her vegetable garden, feed her chickens, and pray. But the former British nun, who has pledged to live the rest of her life in solitude, has another routine that sets her apart from her society-shunning brethren – she has to update her Twitter account and check Facebook.

It was a magical night, mixed with a heavy dose of poignancy, as the vaunted Orquesta Buena Vista Social Club made its final appearance win Vancouver, Canada. There will be no more tours. Many of the aging Cuban music stars we got to know and love from Ry Cooder’s venture to Havana in the 1990’s are no longer with us.

Getting Back to his Country Roots: Kenny Rogers, a Brief Encounter column by Brian Brennan (*subscription required)

Kenny Rogers was having a musical-identity crisis at age 39 when I spoke with him in 1977 before a club gig in Calgary. At that point his beard was already turning salt-and-pepper and the wrinkles were starting to show around his eyes. He was still wearing the Beatles suit of his rock years, not the cowboy clothes that later defined his look as a country-pop superstar.

Last but not least, F&O is pleased to announce that author Brian Brennan, one of our regular contributors to Arts, has published his 11th book. An introduction:

Rogues and Rebels: Unforgettable Characters from Canada’s West, documents the life stories of 32 larger-than-life Westerners – some infamous, some obscure – who threw away the rulebook, thumbed their noses at convention and let their detractors howl. They include such political leaders as Ralph Klein and Tommy Douglas, the suffragette Nellie McClung, who fought successfully to have women recognized as “persons” for the purpose of Canadian Senate appointments, and the mysterious cult leader Brother XII, who convinced thousands of wealthy Britons and Americans to follow him to a small island off the West Coast of Canada to await the coming Age of Aquarius.
For more details, visit Brennan’s website at www.brianbrennan.ca

Published by University of Regina Press, Rogues and Rebels is now available in bookstores throughout Canada and the United States, and  online from international retailers such as Amazon and Barnes & Noble.