F&O starts our week in easternmost Canada, with Greg Locke’s photo-essay about the resilience (and beauty) of rural Newfoundland. We focus onPope Francis’s visit to the Americas; relish the news about Africa’s bright spot of Ivory Coast; puzzle at a seemingly-crazy notion that orange juice could replace petroleum; and heed Tom Regan’s warning about a future of massive migration. Read about Corbynomics by its creator, and discover how in Alabama the womb is increasingly a crime scene. And then, take a leisurely stroll in the Arts, with Brian Brennan’s Brief Encounter on Elizabeth Taylor; the relationship between The Martian movie and Robinson Crusoe; and a tale about the Man Booker awards.

Note to readers: Please excuse some disarray. F&O is almost sorted from our major move; we’ll get the mess cleared away soon. Emailed access codes will be emailed to paid subscribers this weekend. Thank you for your support — and patience.

Perhaps the most subversive part of Pope Francis’ speech to the United States Congress was in celebrating a little-known figure and thus reviving interest in what Dorothy Day stood for. And if we truly heed the teachings of Dorothy Day, we would radically transform our society and economy.

Faith and tradition in Cuba. Report and Photo-essay

Watch Pope Francis’s address to the US Congress: 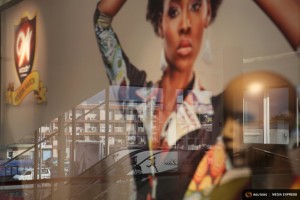 From Abidjan airport’s packed arrivals hall to the hotels and plush villas mushrooming across the city, Ivory Coast is booming, a rare African bright spot as the world’s biggest cocoa producer bounces back from years of turmoil and civil war.

When the Womb is a Crime Scene. By Nina Martin

Women in Alabama are running afoul of the state’s “chemical endangerment of a child” statute, the United States’ toughest criminal law on prenatal drug use. Passed in 2006 as methamphetamine ravaged Alabama communities, the law targeted parents who turned their kitchens and garages into home-based drug labs, putting their children at peril. A woman can be charged with chemical endangerment from the earliest weeks of pregnancy, even if her baby is born perfectly healthy, even if her goal was to protect her baby from greater harm.

The current migrant crisis is only the tip of the iceberg. What will drive the next great wave of refugees will not be political violence, but climate change.

Can orange peel could replace crude oil in plastics? By Marc Hutchby

New research indicates orange juice could have potential far beyond the breakfast table. The chemicals in orange peel could be used as new building blocks in products ranging from plastics to paracetamol – helping to break our reliance on crude oil.

Jeremy Corbyn and the economics of the real world. By Richard Murphy

As the creator of what has come to be known as Corbynomics, I argue that my policies are at the core of tackling the austerity narrative.

My very brief encounter with Elizabeth Taylor occurred late on a Saturday afternoon in May 1983 on a busy street in midtown Manhattan. A mounted New York City policeman was barking orders to the small crowd of about 30 waiting outside the stage door of the Lunt-Fontanne Theatre on West 46th Street: “Everybody keep to the sidewalk and stay behind the barricades!” Why all the fuss?

Booker shortlist: bastion against death of the novel. By Stacy Gillis

The 2015 year’s Man Booker shortlist features two Britons, two Americans, one Jamaican and a Nigerian (four men and two women) and has been applauded for its diversity.

The Martian — and Robinson Crusoe, Matt Damon and Viola Davis. By Victoria Anderson

In The Martian, directed by Ridley Scott, Matt Damon plays Mark Watney, an astronaut left stranded on Mars. Alone, presumed dead, he must work out a way to survive. If this storyline sounds vaguely familiar, that’s because it is.

Note to readers: if you are a subscriber and do not receive your new site password by Monday, please email editor@factsandopinions.com

Facts and Opinions is a boutique journal, of reporting and analysis in words and images, without borders. Independent, non-partisan and employee-owned, F&O is funded by you, our readers. We do not carry advertising or “branded content,” or solicit donations from foundations or causes. Please support us with a contribution, below, of at least .27 per story, or a site pass for $1 per day or $20 per year. We’d be grateful if you’d help us spread the word.