Trump or no Trump, the Democrats are going to win in the fall. Tom Regan, F&O Columnist

I’m tired of all the handwringing about Donald Trump. Yes, he’s bringing out a lot of new white voters, particularly angry white men. Yes, more Republicans are showing up to vote in the primaries than Democrats are. Yes, Trump is the “unexpected factor” that no one saw coming. Yes, underestimating Trump in the coming fall, as Republicans did last fall, is the greatest danger the Democrats face. It doesn’t matter one bit.

The European Union sealed a controversial deal with Turkey on Friday intended to halt illegal migration flows to Europe in return for financial and political rewards for Ankara. The accord aims to close the main route by which a million migrants and refugees poured across the Aegean Sea to Greece in the last year before marching north to Germany and Sweden. 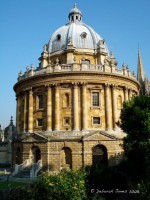 Information is constantly under attack. A current debate around the longstanding use of vellum (a parchment made using calf skin) for printing key legislative documents highlights the continued concern over this. But books and manuscripts have been the targets of thieves for millennia.

Egypt has unearthed further evidence that a secret chamber, believed by some to be the lost burial site of Queen Nefertiti, may lie behind King Tutankhamun’s tomb, Egypt’s antiquities minister said on March 17. There is huge international interest in Nefertiti, who died in the 14th century B.C.

The Great Lakes  — with 84% of North America’s surface fresh water and about 21% of the world’s supply — have benefited mightily from cleanup and research. However, from plummeting prey fish populations to poopy Michigan rivers, grave threats to the region’s ecosystems remain.

How do you mine Bitcoin – and is it still worth it? By Paul Levy   Report

Until recently, Earth was so big compared with humanity’s impacts that its resources seemed limitless. But that is no longer the case. Thanks to rapid growth in both human population and per capita consumption, we are now on the edge of irrevocable damage to our planetary life support systems. If we want to avoid locking in long-lasting impacts, it is imperative that we quickly solve six intertwined problems: population growth and overconsumption, climate change, pollution, ecosystem destruction, disease spillovers and extinction.

Academics can change the world – if they engage with it. By Savo Heleta, Nelson Mandela Metropolitan University  Expert Witness

Research and creative thinking can change the world. This means that academics have enormous power. But, as academics Asit Biswas and Julian Kirchherr have warned, the overwhelming majority are not shaping today’s public debates. Instead, their work is largely sitting in academic journals that are read almost exclusively by their peers.

And to wrap up the week, a video from Doctors Without Borders summarizing Syria’s five-year agonizing war: