Remembering the Pillar, by Brian Brennan

A century ago, on April 29, 1916, the Irish Republic ended its brief existence with an unconditional surrender. Though successfully thwarted, it set off a series of events that led to the outbreak of an Irish war of independence between 1919 and 1921. Brian Brennan writes about his experience of Ireland’s independence movement halfway between then, and now.  … read more 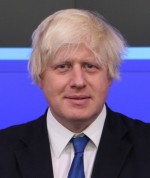 Trumpery – the political disease that is convulsing the United States and which is characterized by  incompetence, boastfulness and danger – appears to be mutating into a world-wide epidemic. Like America’s Donald Trump, London’s Boris Johnson and Rodrigo Duterte of the Philippines are riding a wave of public disgust for traditional politicians. … read more

It was a rough week to be a woman in the public eye in the United States. Not that normally it’s a piece of cake. This week, however, gave us a rather disturbing view of what happens when a woman angers the army of Internet and social media male trolls whose hatred for women cannot be understated. … read more

Illegal Gold Mining in the Amazon, by Bruno Kelly

An area the size of Switzerland belongs to the Yamomani people. But in their lust for gold illegal miners — who in the 1980s used guns and disease to kill 20 per cent of the population — continue felling trees and poisoning rivers with mercury. Authorities stage raids and destroy the miner’s equipment. But who are the illicit business interests behind the miners? … read more

In a lush, sprawling corner of Costa Rica, hundreds of dogs roam freely on a hillside – among the luckiest strays on earth. Fed, groomed and cared for by vets, more than 750 dogs rescued from the streets of Costa Rica inhabit Territorio de Zaguates or ‘Land of the Strays’, a pooch paradise.

How a bank turned a $10 billion profit into a tax loss. By Tom Bergin

When Barclays sold a fund management business to U.S. financial group Blackrock Inc. in 2009, the larger-than-expected price tag was not the only good news for the British bank’s investors: they reaped a tax loss, earning billions almost tax free. The legal deal is an example of how some companies benefit from tax regimes that regulators worldwide are trying to crack down on. … read more